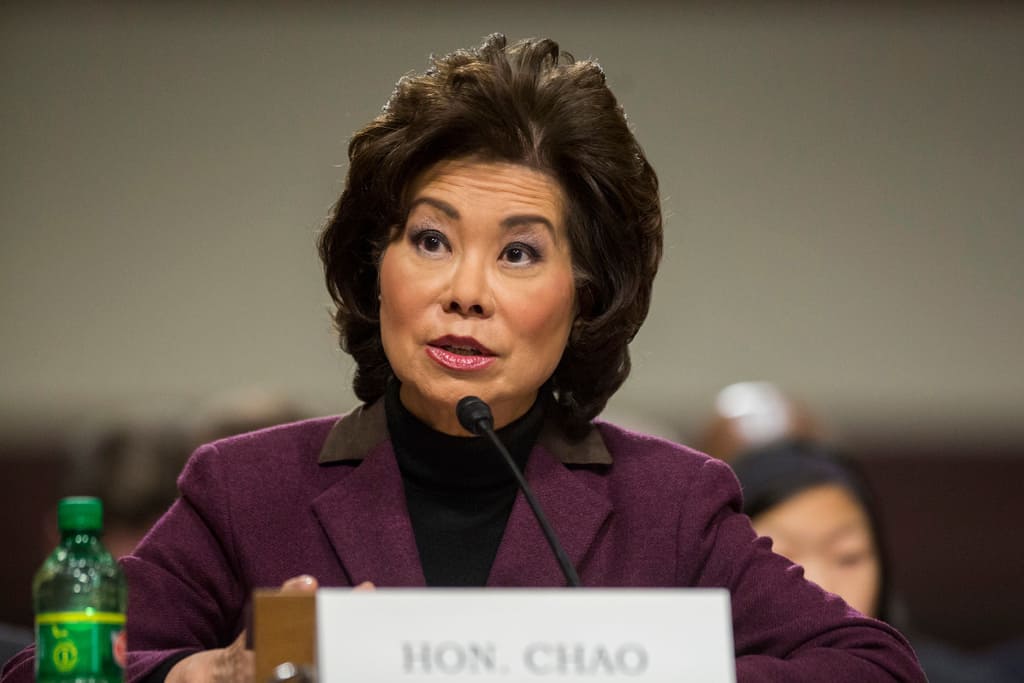 The Justice Department, as also the Office of the US Attorney in Washington, preferred not to take up the case with the Trump Administration into its last weeks, saying there might have been administrative and/or ethical issues that needed to be addressed, but no prediction for initiating a criminal investigation existed, as per the report of Mitch Behm, Deputy Inspector General of the Transportation Department. The report running into 38-pages detailed the substantial ethics concerns of the department over Chao’s conduct.

Behm also wrote in an accompanying letter that they concluded that instances of alleged misuse position warranted a formal investigation.

The Democratic leadership of the House Committee on Transportation and Infrastructure had called for the report. It requested the office of the IG to probe possible interest conflicts under Chao’s oversight. There were also reports of preferential treatment for Kentucky by her office, but according to Behm, a sufficient basis for investigation of the claims was not found in the preliminary review, but there was a case of investigating potential misuse of office.

The report stated that the investigation found that Chao, married to Senate Minority Leader Mitch McConnell, a Republican from Kentucky, had used the staff of the agency for tasks of a possibly personal nature.

The report added that Chao asked staff to edit her father’s Wikipedia page and send a copy of his book to a famed CEO of a major U.S. corporation.  The report cited a review of interviews and emails with the department staff.

The inspector general’s report said Chao declined to answer questions for the investigation, but Steven Bradbury, General Counsel for DOT, in a memo that was provided in September, stressed the cultural value of support to the family.

According to the memo, it was a core value in Asian communities to show filial respect and honor toward parents. This ingrained value of respect, filial piety, and love always preceded self-aggrandizement self-promotion. Being the eldest daughter, she was expected to take on a leader’s role during family occasions that honored her late mother and her father.

According to a spokesperson for Chao, the Justice Department’s decision not to pursue the case exonerated her.

The spokesperson told CNN that the report exonerated the Secretary from accusations that were baseless and put an end to the effort to smear her career in which she had made history as the first woman from the Asian American community to be appointed to a President’s Cabinet. The spokesperson added that her record had been outstanding as the Cabinet member with the longest tenure since World War II.

The Democrats were quick to launch an attack on Chao Wednesday evening following the report, which became public.

In a statement, House Oversight Chairwoman Carolyn Maloney, a Democrat from New York, said the report of the DOT Inspector General and documents they had obtained showed that Secretary Chao had used taxpayer resources and her position for her own and family benefit.