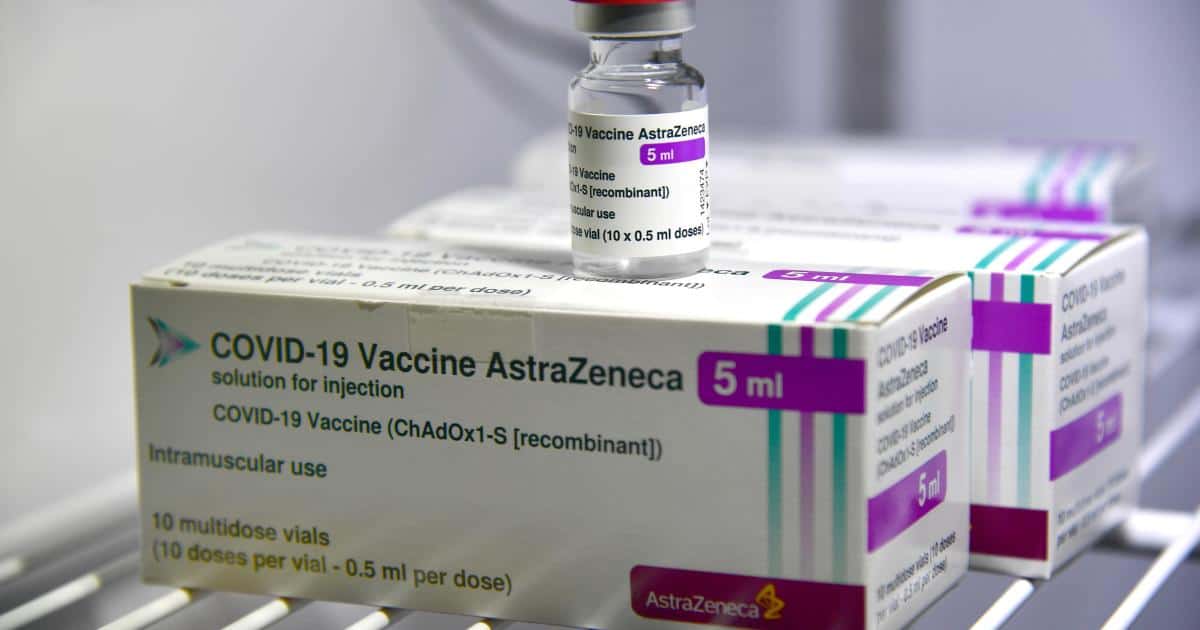 The EU plans to inoculate 70% of its adult population by September this year. However, that target may become jeopardized due to the possible links between the Oxford-AstraZaneca vaccine and the reported blood clots cases.

Doubts Over AstraZeneca Vaccine Leads To Public Hesitation Against Vaccinations

The continent is experiencing a third wave of the Coronavirus pandemic, induced by one of its potent variants.

The major EU countries like Germany, France and Italy have witnessed a latest surge in the virus, while being amongst the few dozen countries to pause the Oxford AstraZaneca shots. The European Medical Authority is investigating this matter.

The executive director of the pharma company said that the EU must reach a scientific conclusion and abided by her belief that this was a ‘safe and effective vaccine.’ She told that the group had not found the vaccine causing clotting, but she said that they could not conclusively rule out possible blood clotting disorder links.

She supported the views of EMA and the World Health Organization that the benefits of the AstraZeneca vaccine fat outweigh the risks associated with it.

With these announcements, France, Germany, Italy, Cyprus and the Netherlands announced plans to resume the vaccinations with the rest of the EU countries expected to follow.

Many vaccination centers like the one in Milan announced plans to overbook appointments, in an effort to catch up with the shortfall that occurred due to the blood clotting issue.

But public frustration remains at large after a week’s turmoil in the EU vaccination campaigns. The Nordic countries, Norway, Denmark and Sweden have put the vaccines on hold as of now. Another challenge lies in the public perception of vaccinations, with many anti-vaxxers posing a challenge to mass vaccination drives.

In France, where vaccine hesitancy is quite high, is already in the middle of another surge. In a recent survey by Elabe for BFM TV found that only 20% of the surveyed French trusted AstraZaneca’s vaccines.

The French health experts resumed the AstraZaneca vaccine distributions on Friday, however, citing that its use would only be for vaccinating those above 55 years of age. They further told that almost all the cases of blood clotting involved patients under 55 years of age. 111

Currently, the dignitaries are leading the way in Europe to reassure their citizens that the vaccines are safe, with Jean Castex, the French Prime Minister and the UK Prime Minister Boris Johnson getting their anti-Covid AstraZaneca shots on Friday.

However, health officials were also worrisome about the negative public opinion on the vaccines due to its suspension across the continent. They worry about the knock-on effect of the vaccine rollouts in multiple countries together, which may induce vaccine hesitancy a d reduce vaccine confidence among the masses.

There could also be a risk of public preference, whereby people may favor a vaccine more than it’s available substitute.

More than 81 countries worldwide are using the AstraZaneca vaccine, with the pharma giants insisting that their vaccines are completely safe, looking to win back public favour.

Countries like the UK, Belgium, Canada, South Korea and Malaysia have stood by the vaccines as data from Public Health England showing that a single shot of the vaccine lowers hospitalization cases by 80% for people above the age of 80. Studies have also shown that transmissions also reduce upon usage of the AstraZaneca vaccines.

AstraZaneca is not the only vaccine in Europe, being joined by BioNTech-Pfizer, Moderna and Johnson & Johnson being the other vaccines currently available in the EU. However, any suspension or blockade of the AstraZaneca vaccine could severely impact the EU’s mission to get 70% adults vaccinated across the continent by September.

As many countries across the continent are witnessing surges in the virus lately, governments across the EU are trying to win back public confidence in a bid to vaccinate all of its citizens.