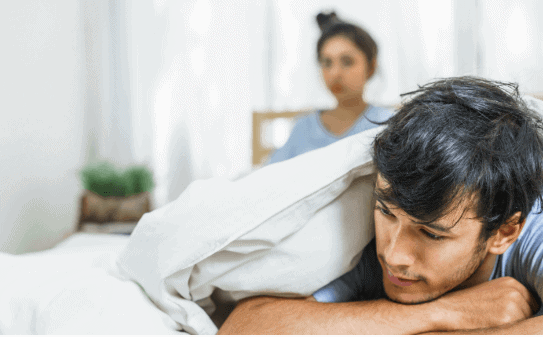 Sexually transmitted infections are usually common in both men and women and there are no initial symptoms of these diseases which have the probability of passing on the infections to others and gradually symptoms like vaginal discharge, penile discharge, ulcers on or around the genitals, and pelvic pain are seen. STIs can be transmitted to infants during childbirth and this can cause poor outcomes in the infant and some of the STIs can cause infertility.

STIs can be in the form of bacteria, viruses, and parasites which can be transmitted by sexual activity. There are different types of vaccinations to reduce the chances of getting STIs and the only way to avoid STIs is to not have sex, but this is not possible and hence it is better to practice safe sex by using a condom, having a smaller number of sexual partners and also having a relationship with only one partner which decrease the risk of STIs. As per the research conducted by the United States of America, the number of cases for testing for sexually transmitted diseases has dropped sharply during the pandemic.

The author and an assistant professor of public health sciences at Penn State College of Medicine mentioned that the only way of spreading the STIs is by not knowing of having one. And also, the inability to detect sexually transmitted diseases can be the worst case and could have negative repercussions for years to come. For research purposes, the researchers reviewed the data on more than 18 million STI test results from the year 2019 January to June 2020, which showed that there was a 63% decline for men and 59% for women in the early stages of the pandemic. According to the authors, no timely tests of asymptomatic and at-risk people and the treatment for STIs might have missed the data regarding the decline in the test rates of the STIs as per the data published in the American Journal of Preventive Medicine.

The author also noted that the decline in the testing numbers might be due to the restrictions on direct patient care and shifts to telehealth. Now a decrease in the testing rates might cause a future surge in the STI cases. As per the recommendations of the United States Center for Disease Control and Preventions, during the pandemic, the testing of the STIs was halted and only the patients with symptoms received the treatments, but more than 80% of the people with chlamydia or gonorrhoea infections are asymptomatic. The researchers also mentioned that the people who were asymptomatic and had STIs continued to be sexually active with people outside their household and this might be an issue in the future that might increase the number of  STI cases.

Once the pandemic subsides, there will be an increase in the number of STI cases and it might also lead to some serious health issues such as pelvic inflammatory disease and infertility, the authors mentioned. This research tells us that even in times of pandemics, it is important to maintain STI management. The officials also mentioned that there should be a balance between responding to emerging crises and continuing to provide sexual health services. It was also mentioned that sexually transmitted disease treatment intervention efforts should be considered when allocating resources to manage public health emergencies the author mentioned.