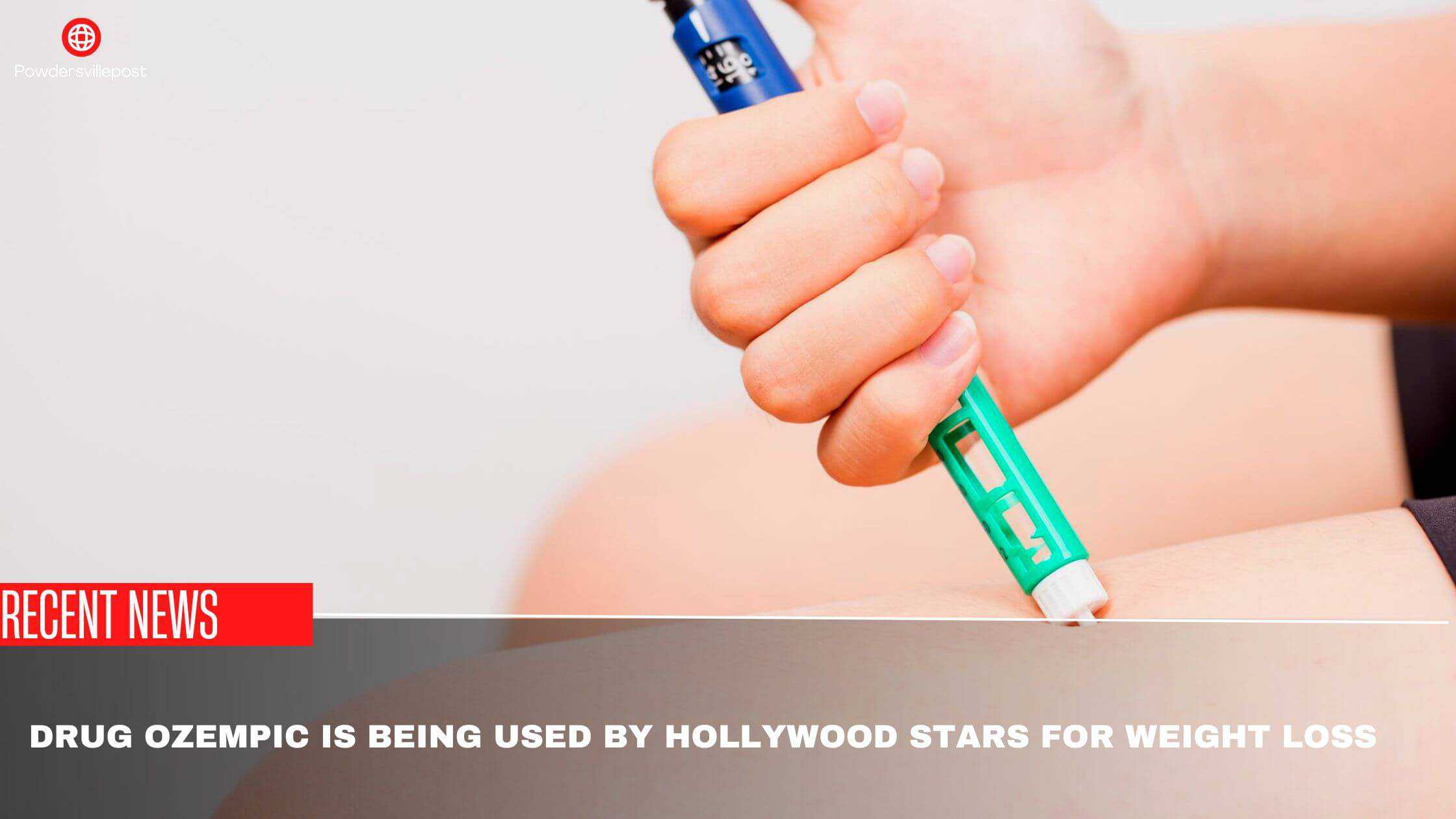 Hollywood stars found a new way to shed their weight which is in the form of an injectable drug name of which is Ozempic. It is an insulin regulator drug that is mainly used by pre-diabetes patients to lower the level of blood glucose.

The major side effect of this drug is drastic weight loss. It attained its popularity after it has been published by TikTok as a weight loss drug which became viral and was viewed more than 160 million times. When this drug is injected into the body, it suppresses your appetite for a long time keeping you fuller.

This deviation from food led to healthy weight loss rapidly. This drug slows down the secretion of insulin, in turn slowing the metabolism process and preventing the stomach from being empty.

The Ozempic diabetes drug is now a daily routine in the life of celebrities just like the makeup routine and hair styling. The manufacturer of the drug is the Danish pharmacy, Novo Nordisk says that as celebrities and other public figures are continuously using this drug, it is in high demand and so pre-diabetic patients struggle to get their medicine.

This has led many of the patients, say more than 100 million people to trouble as they are not able to manage the spiking of their blood sugar which leads them to other serious symptoms like blindness, limb amputation, and in some even serious cases to death. They are not even able to access it from any of the pharmacies as the drug is out of stock until the next December.

The Ozempic drug became so popular and is in high demand as it is approved by many pharmacies and specialists, as the side effects caused, are relatively null. Also, it has undergone some significant and strict clinical tests to ensure its standard. Along with this, it is also very effective in its result which many weight loss supplements which are available in the market couldn’t provide.

Ozempic Supplied To Doctors And Nutritionists

As a result of the great demand for the Ozempic drug, it is directly supplied to the doctors and nutritionists by the pharmacies, instead of making it accessible to the patients who are in high need of the drug. The nutritionists can make it accessible to the celebrities who are their clientele. Celebrities are ready to pay even higher to get it accessed to them and due to this, the cost of the drug is also spiking as the demand. It is going from $1200 to $1500 this month.

According to the report of The Centers for Disease Control and Prevention (CDC), about 70 percent of Americans are overweight and 40 percent are suffering from severe obesity. This record includes even celebrities and public figures. They found the solution for their weight gain by taking Ozempic as a daily routine.

Kim Kardashian, a popular star of a TV reality show, is now the topic of rumor. The rumor spread when she shared a picture of herself by saying she dropped her body weight percentage from 25 percent to 18 percent.

It became a good topic for the media when she shed her body percentage within less time. She looked smart and cool after shedding fat. However, this news of her shedding weight by using the Ozempic drug is not confirmed yet.

Side Effects Of The Ozempic Drug Which You Might Not Know

The Ozempic drug causes some severe side effects if you are taking it continuously without consulting the physicians. However, it gives a rapid result to you, by showing you a drastic change in your body weight and appearance, it causes some severe symptoms too like diarrhea, vomiting, constipation, stomach pain, etc. It is better not to follow social media including TikTok to apply in your life as they mainly focus on increasing the number of views.