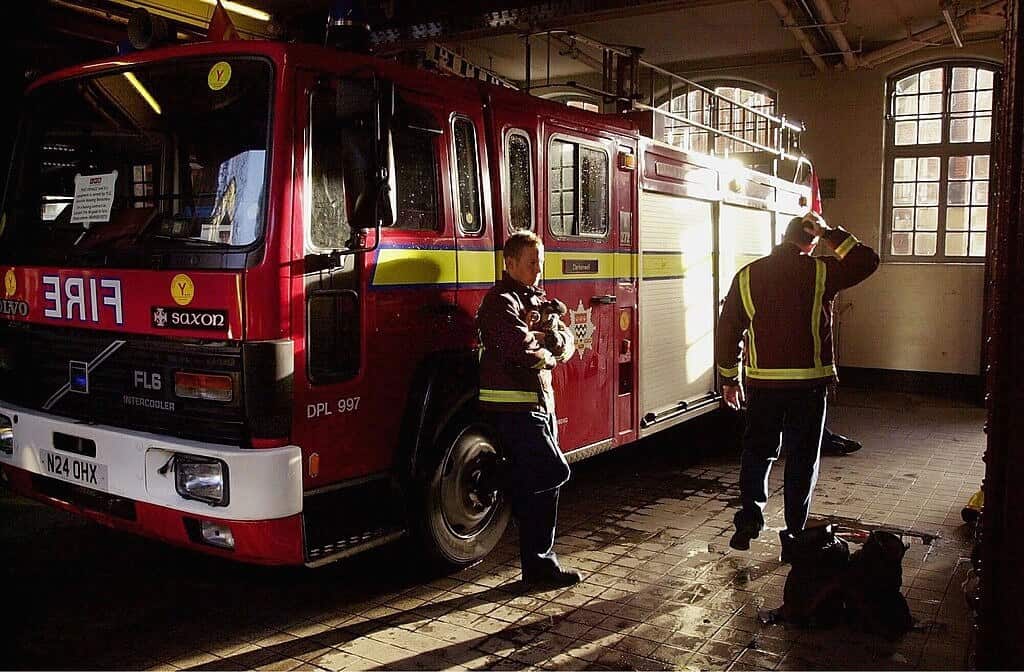 A common disease that develops when blood flows through your arteries at a rate higher than usual is hypertension. 2 numbers make up your blood pressure: systolic and diastolic. Systolic blood pressure is when the ventricle pumps blood out of your heart and the pressure in between heartbeats when the heart fills with blood is the diastolic pressure.

New research shows that, when firefighters get an emergency call, their blood pressure jumps, even though they are already working in a dangerous environment. Experts say that it could be very risky for people who already have high blood pressure.

Deborah Feairheller, the senior author, said that all first responders and emergency personnel must be aware of their health.

At the University of New Hampshire, she is the director of the clinical cardiac program. She added that the way in which their blood pressure fluctuates and what their typical blood pressure is, in the first place, should be made aware.

She further said that they should make sure that the blood pressure is well controlled if it is already high. The rate is much higher among firefighters even though almost half of all American adults have high blood pressure.

Deborah said that less than 25% of firefighters have their blood pressure under control and this means that over 75% of them have hypertension.

The American Heart Association noted that the risk of heart attack and stroke is increased by high blood pressure. Over 50% of the deaths of firefighters have been due to heart disease.

41 volunteer and city firefighters from Philadelphia and the Dover area, for the study, were asked to use portable blood pressure monitors during a shift that lasted a minimum of 12 hours.

Participants, in addition to the blood pressure readings which were automatic, were asked to trigger the monitor to take a reading when they were in a stressful situation and whenever there was an emergency call.

4 women were included in the study, along with 37 men. They had an average age of 41 and were all Caucasian. They all have high blood pressure and were overweight or obese. On average, they had 17 years of experience on the job.

The blood pressure on average, while wearing the monitor, was 131/79 mm Hg, while the heart rate, on average was 75 beats per minute.

On Saturday, at the online annual meeting of the AHA, the findings will be presented. Until it is published in a peer-reviewed journal, research presented in meetings is considered preliminary.

Deborah, in a news release, said that the importance of these emergency responders is well known by the public and that they hope to increase awareness that many firefighters have hypertension.

In addition, they also want people to be aware that their blood pressure levels are usually very high while responding to emergency calls.