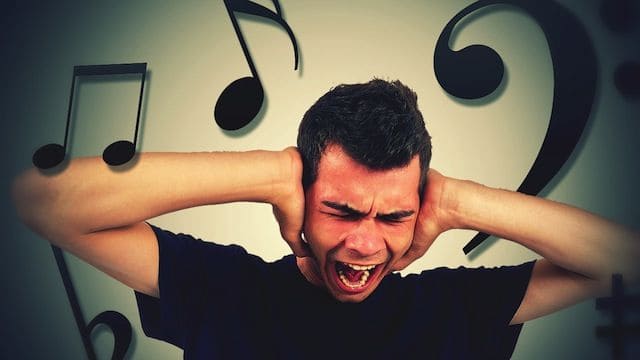 Most individuals listen to music throughout the day and especially towards sleep to unwind. Can this, however, interfere with sleep? When sleep researcher Michael Scullin, Ph.D., associate professor of psychology and neuroscience at Baylor University, realized he was waking up in the middle of the night with a song stuck in his head, he saw an opportunity to investigate how music, and especially stuck songs, might affect sleep patterns.

Earworms Or Musical Imagery Can Cause Restless Nights

Scullin’s current study, published in Psychological Science, researched the association between music listening and sleep, concentrating on a seldom studied mechanism: involuntary musical imagery, or earworms, which occur when a song or tune repeats in a person’s head again and over. These often occur when awake, however, Scullin discovered that they could also occur when attempting to sleep.

According to Scullin, the brains continue to process music even when no music is playing, including while individuals are sleeping. Everyone understands that listening to music is pleasurable. Adolescents and young adults frequently listen to music before going to bed. They can, however, have too much of a good thing at times. The more they listen to music, the more probable it is that they may develop an earworm that will not go away when it is time to sleep. When this occurs, their sleep may likely suffer as a result.

A survey and a laboratory experiment were part of the research. The survey included 209 participants who completed a series of questionnaires on sleep quality, music listening habits, and earworm frequency, including how frequently they experienced an earworm while trying to fall asleep, waking up in the middle of the night, and immediately upon waking up in the morning.

In the experimental investigation, 50 people were taken into Baylor’s Scullin’s Sleep Neuroscience and Cognition Laboratory, where the researchers sought to generate earworms to see how they influenced sleep quality. Polysomnography, the gold standard assessment for sleep, was utilized to monitor the individuals’ brain waves, heart rate, respiration, and other factors while they slept.

They played three popular and appealing tunes before sleep. They allocated participants at random to listen to either the original or de-lyricized instrumental versions of the songs. Participants indicated whether or not they had an earworm. They next investigated if this affected their nightly sleep physiology. People who had an earworm had more trouble going asleep, more nightly awakenings, and spent more time in the light phases of sleep.

Furthermore, EEG readings from the experimental investigation, which are recordings of electrical activity in the brain, were statistically evaluated to investigate physiological indicators of sleep-dependent memory consolidation. Memory consolidation is the process through which short-term memories are spontaneously activated during sleep and turned into longer-term memories.

They expected people to experience earworms as they were attempting to go asleep, but they had no idea that people would report waking up with an earworm daily. However, he stated that they saw this in both the survey and the experimental investigation.

Participants who had a sleep earworm saw higher slow oscillations during sleep, which is a sign of memory reactivation. The rise in slow oscillations was most pronounced in the area corresponding to the primary auditory cortex, which is involved in earworm processing while people are awake.

Knowing that earworms disrupt sleep, Scullin advised that if affected by earworms, trying moderate music listening or taking short pauses. The timing of the music is also crucial since it should be avoided before going to bed.