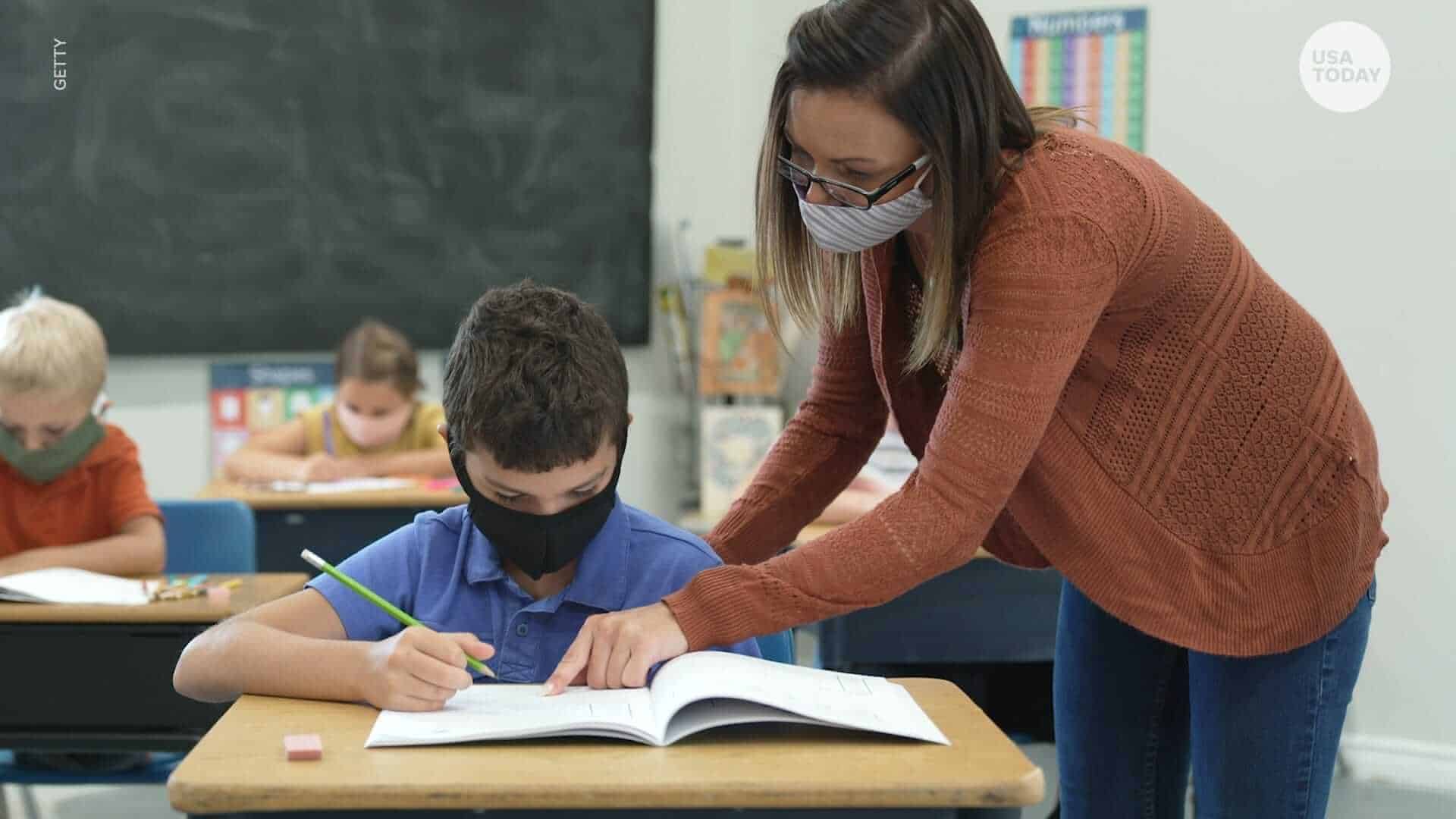 An investigation has been opened by the Education Department`s office into Texas Education Agency on Tuesday which stated that school leaders need not wear masks as a mandate option. This investigation will see to it that the students can get back to in-person learning while the pandemic is still ongoing.

This news came to light when Miguel Cardona who is the Education Secretary was going to certain schools to check their safety compliance. He stated that every child should be protected and felt safe when they come back to school and this will be the primary objective of this investigation.

Other states like Arizona, Florida, Arkansas also have a state law or an executive order prohibiting schools from mandating masks. However, the time for Texas is now and is being looked into very closely. It has been observed that roughly 1,27,000 children have been infected in Texas now after the schools have been re-opened, this is the same number from 2020-2021.

Many of the parents and supporters staged protests outside the Governor`s Mansion with cards stating that children should be masked as this will protect their lives. It is to be noted that children are not eligible for vaccination which puts them at a greater risk. The hospitalization cases are increasing daily and the death count for the US on average has reached 1900 per day. Out of all the hospitalization cases, 1/4th are child admissions which is a troublesome issue.

Health care officials state that the only way to protect children right now is to ask them to wear masks and people around them as well. The other important factor is that all eligible persons should be vaccinated. Most of the deaths and hospitalization cases are from people who are not vaccinated. As of Wednesday, roughly 71 million people are yet to be vaccinated all around the US.

Health care officials have increased the vaccination centers and more beds in the hospitals have started to fill. Doctors say that there are only two ways in which a person leaves the hospital the first one being they getting better and the second option is not a good one. Many people have lost at least one of their family members due to the covid 19 virus and many are still hospitalized.

In other news last Friday, the FDA approved the use of Pfizer`s booster shots to people over the age of 65 and people who are at high risk due to some chronic conditions. The booster shots are to be administered after a period of 6 months from their 2nd dose of vaccine.

However, this has caused many confusions in the general population as the Biden administration in early August has stated that the booster shots will be administered to all the people from September 20 and that it is to be taken after 8 months of their 2nd dose. FDA released an official statement stating booster shots will only be available for people over 65 and the same has been passed to all the hospitals and health care workers.

While on the other hand the WHO and other global health care have asked the US not to proceed with the 3rd dose right away as many of the poor countries are still giving their people the first dose of vaccination. US will be sitting with other countries and the UN in a virtual summit this week to decide on how to proceed with the pandemic and to take other important measures for the same. Schools will remain open all around the US until an executive order comes from the top management.