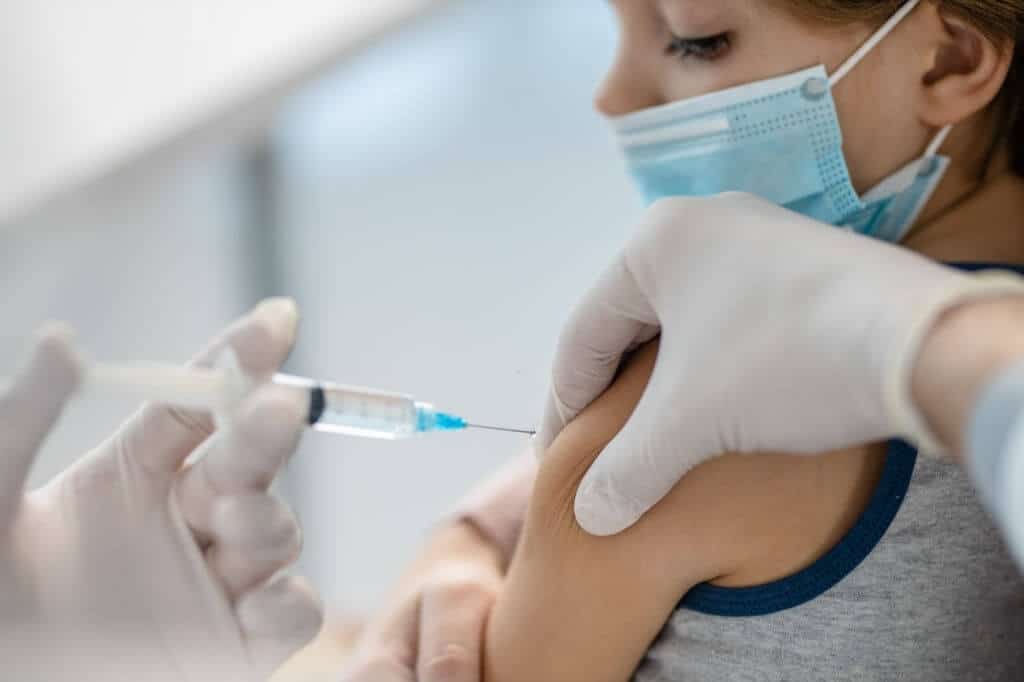 On Thursday, Pfizer made an announcement that it is seeking emergency approval for its COVID 19 vaccine for 5 to 11-year-old kids from U.S. Food and Drug Administration.

In a tweet announcing the filing, the company claims that its main motive is to work with the FDA to help shield children from this public health threat.

Meanwhile, the New York Times has reported that the FDA has already set up a meeting on 26th October 2021 to review Pfizer’s plea and the ruling is expected somewhere between Halloween and Thanksgiving this year.

Pfizer’s proposal is to give kids one-third of the adult dose. The kid’s dose may need adding more diluent to each shot or use a different syringe or vial, as per the report.

It has further proposed that the doses for kids will need special codes and unique labeling so that the U.S. Centers for Disease Control and Prevention can easily track vaccine lots in the face of an emergency related to serious side effects.

According to the Times, if this children’s vaccine is sanctioned, it will help shield 28 million Americans, who belong to this age group, from the COVID 19.

As per the American Academy of Pediatrics’s data, almost 5.9 million citizens under 18 years have been infected with COVID 19 so far and out of the 500 Americans under the age of 18 who have died, almost 125 children were between 5 to 11 years.

Dr. Grace Lee, an associate chief medical officer at Stanford Children’s Health, who is leading the key advisory committee to The Centers for Disease Control and Prevention, told the New York Times that it was really bothersome for him when he heard people say that kids don’t die of the virus and further added that the truth is that they do, which is heartbreaking.

Since the beginning of the pandemic, the count of people younger than 18 years infected with the virus has been 1 in every 6 Americans, which went up to as many as 1 in 4 infections in September 2021 with the spread of the delta variant of Coronavirus in the country.

In May 2021, the FDA had permitted emergency administration of the Pfizer vaccine for 12 to 15-year-old children.

According to public health experts, the Food and Drug Administration will closely scrutinize the reviews of Pfizer’s dose of vaccine for children between the age group of 5 to 11 years and that the approvals will not just depend on the potency of the trial data, but also on whether Pfizer proves that it can efficiently produce the vaccine’s pediatric version.

On the other hand, a recent poll conducted by the Kaiser Family Foundation concluded that about one-third of the parents of kids in the age group of 5 to 11 years said that they will wait and watch before getting their children vaccinated.

Emory University epidemiologist and U.S. immunization program’s former director, Dr. Walt Orenstein told the Times that public discussions become important because a lot of parents would be torn between the fear of their kids contracting the virus and the fear of serious side effects of the vaccine.

Dr. Orenstein further added that for parents who were more worried about COVID 19 infection, the effectiveness of the vaccine would be their propriety and for those who were not as worried about the virus, their kid’s safety would be on the top of their minds. So, just like with other vaccines, pediatricians will play a vital role in assuring the parents of the safety of the COVID 19 vaccine.