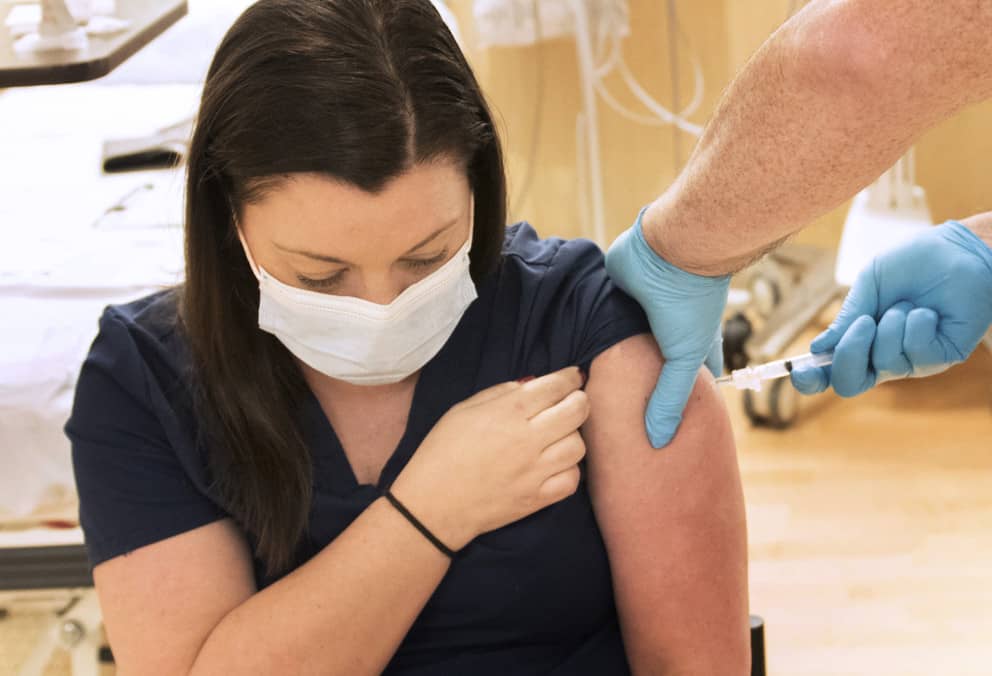 There is the threat of a fourth wave of the Sars-COV-2 virus hitting the United States and medical experts are predicting a massive surge in cases, hospitalizations, and even deaths. The surge has already begun and the slow progress in vaccination is beginning to pick up as more and more people are being requested, enticed, and even being pleaded to get themselves vaccinated.

Employers Within Their Rights To Ask Employees To Vaccinate

The reason for the slow start was due to the hesitation of Americans to vaccinate themselves. Many senior Democrats, Republicans, and Congressmen had at one time been campaigning against vaccination and, in many cases, even shielding and protecting those who were not getting themselves vaccinated.

All that began to change when employers, particularly 56 medical institutions got together to agree to ask all their staff to get themselves vaccinated as a condition for them to be allowed to work. One of the first health care companies to implement this rule was Houston Methodist and their rule was met with stiff resistance from employees who refused to get themselves vaccinated. This led to several court cases and the ruling was in favor of the health care center. Thereafter, Houston Methodist had free rein and got 153 of their refusing staff to resign or get terminated.

Today the U.S. Department of Veterans Affairs, New York City hospitals, and the state of California have made vaccination compulsory for their employees. Even President Joe Biden has mentioned a similar advisory being considered for federal employees and there are still isolated incidents of employees refusing vaccination.

A federal legal communique out this week indicates that the law is with the employers in such a mandate. The clarification further added that mandatory vaccination can even be a condition for employment, as a qualification.

Employers in the United States are thus within their rights to ask their employees and staff to get the vaccination. Employees have the right to refuse but have no certainty of legal protection except a few exceptional cases. The law firm Morgan Lewis even has a covid-19 task force led by Sharon Perley Masling.

The United States Justice Department responded to an argument by some persons who were against vaccination on the grounds that an employer cannot enforce a vaccine that has not to be approved but is for emergency use only and cited the Food Drug and Cosmetic Act. The Justice Department agreed that persons to be vaccinated are to be informed of their option to comply or to refuse to use a vaccine for emergency use but said that employers cannot be stopped from setting mandatory vaccination as a condition for employment.

Lawyers of the Justice department added that this applied to schools, hospitals, and institutions that are coming out and making it mandatory for their staff and employees to be fully vaccinated to be allowed into the workplace.

The Justice Department had acted on behalf of earlier guidance from the Employee Equal Opportunity Commission (EEOC) that employers are within their rights to ask for mandatory vaccination.

All these measures are certain to increase the rate of vaccination within the United States. So far trends are indicating much fewer infections among vaccinated people. Now that the law is clear on the subject of mandatory vaccination, companies can go ahead and vaccinate their employees.