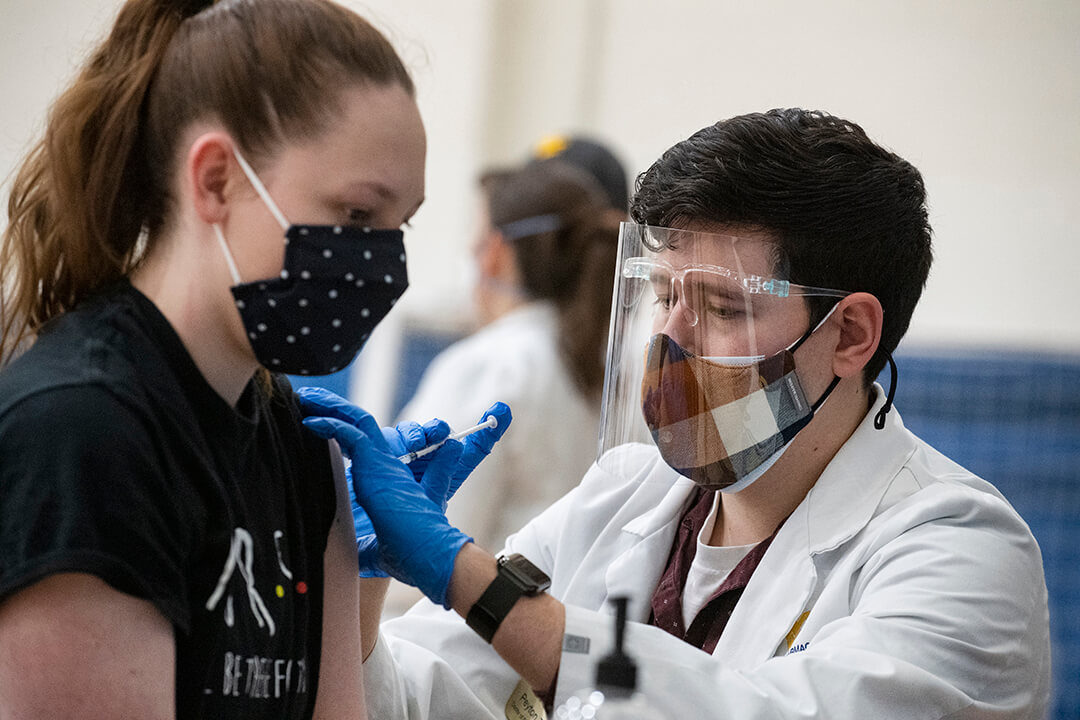 Austin, Texas, has a relatively high rate of vaccination. But it is still fighting to get the shot into everyone’s arms. The reason? The highly contagious Delta variant of coronavirus pandemic

Camila Fortuna, a 13-year-old girl, went to a veterinary clinic with her mother. She thought that they were going to get shots for their three pets. But when they left the clinic, she also had received a shot against COVID 19.

Camila received the jab from a vaccination site the Texas Public Health set up in collaboration with a non-profit organization. Authorities were searching for people like Camila who are not yet vaccinated but are willing to change the scenario.

The pace of vaccination is slowing in the city. And officials are fighting to vaccinate as many of its residents as possible. They have deployed personnel all over the city; in veterinary clinics, churches, and homeless shelters. They have only one goal, to vaccinate at least 15 people at a time.

Travis, the County which includes the City of Austin, is at the upper end of the ladder of vaccination. It has fully vaccinated 63.4% of its eligible population. This is higher than the State’s average, 52.9% of those above 12. But even this is not enough to curb the current surge in hospitalizations due to the Delta variant.

According to the City Mayor, the County is doing what it could to in the matter of vaccination. The reason for the current surge is the high transmissibility of this new strain of COVID 19.

In the past, thousands lined up in vaccination sites to receive their shots against COVID 19 in the city. The demand for vaccines was so high that they had to send people back. In recent days, authorities are deploying as many of their teams as possible to vaccinate at least 100 people at any time.

The County hospitals too are expressing concern. Their ICUs are about to reach a tipping point. The situation is such that it is posing a great risk to the surrounding communities. If the County fails to come together as a society, it risks the lives of its loved ones, of those who require urgent medical intervention.

Officials are quite frustrated at the current scenario. Just two months ago, they struggled to vaccinate everyone who asked for it. Today, they are struggling to take the shots to everyone. They are striving to get the jab to as many people as possible Their efforts now involve door-to-door campaigns They are trying to reach out to people wherever they are. They are collaborating with churches, faith leaders, and institutions.

Camila was nervous at first. She even did not want to receive the jab. But she was the only one in her family who has not yet received the shot. Thus she decided to listen to someone she trusts; her mom. According to mom, vaccination is the only way to return to normalcy.

The city was about to get the upper hand in its fight against the virus. Then came the Delta variant. At present, it is dealing with a surge where its hospitals are about to reach their full capacity. The city’s Strike Teams are everywhere, fighting misinformation and appealing to everyone to get vaccinated.

Receive your jab against the COVID 19 infection at the earliest. It is the only way to come out of this