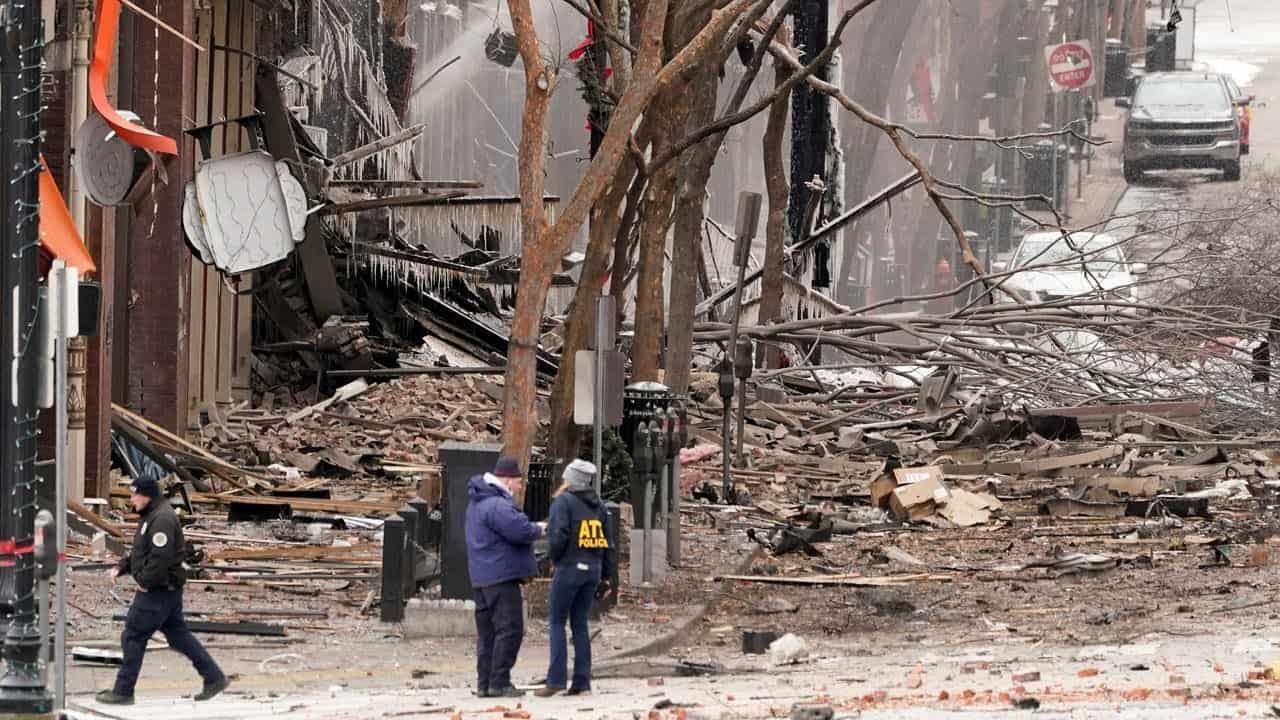 An investigation on Friday was led by the FBI into the explosions in Nashville, which erupted downtown during early Christmas morning.

Explosions In Nashville: Human Remains Reportedly Found Near The Site

Mayor John Cooper said while giving the last update for the evening that the relief that not more people were injured now turned to anger and determination to bring those responsible to justice.

He also remarked that the day was terrible but Nashville had faced other challenges, especially this year. And they can get back to normal by rebuilding it.

The attack was done intentionally to create chaos and fear in this season of peace and hope. The spirit of the city cannot be broken, he added.

According to the authority, the explosion was deliberate and intentional. The Police could find human remains but had not confirmed any fatalities as of Friday afternoon.

Cooper said that Nashville would not be disheartened in detecting the people who masterminded the explosion.

He said that it would be some time until Second Avenue is back to normal.

The reports claim that in connection to the explosion, at least 41 businesses in the area had been damaged.

The police reported the shots fired near Second Avenue and Commerce street before 6.a.m. they saw a suspicious RV outside a nearby AT&T building.

Metro police spokesperson Don Aaron said that the department’s bomb squad was alerted by the officers en route when an explosion was taken about 30 minutes later. One among the officers was knocked to the ground by the force of the explosion.

The owner of The Melting Pot, a restaurant across the street from the explosion, Besty Williams said that she heard the sound of loud, rapid-fire gunshots at about 4:30 a.m. she called 911 after multiple rounds of gunshot sounds.

Then she could hear a repeated warning came from the RV parked outside her building. Williams lives in a loft apartment on the third floor of the restaurant building.

She remembered the recorded warning said to evacuate immediately since there was a bomb in the vehicle that would explode soon. Then the voice started a 15-minute countdown.

Williams’ family headed to Nissan Stadium which is about half-mile away and waited. They headed back when they didn’t hear any explosion. Then they could see a fireball fly over the AT&T building on Second Avenue. According to Williams, whoever did it had given fair warning.

Mayor John Cooper said that three people were hospitalized with non-critical injuries. Around 20 buildings were damaged.

Police said that they are unsure whether anyone was inside the RV when it was exploded. The remains found near the site had to be confirmed if it is human after examinations.