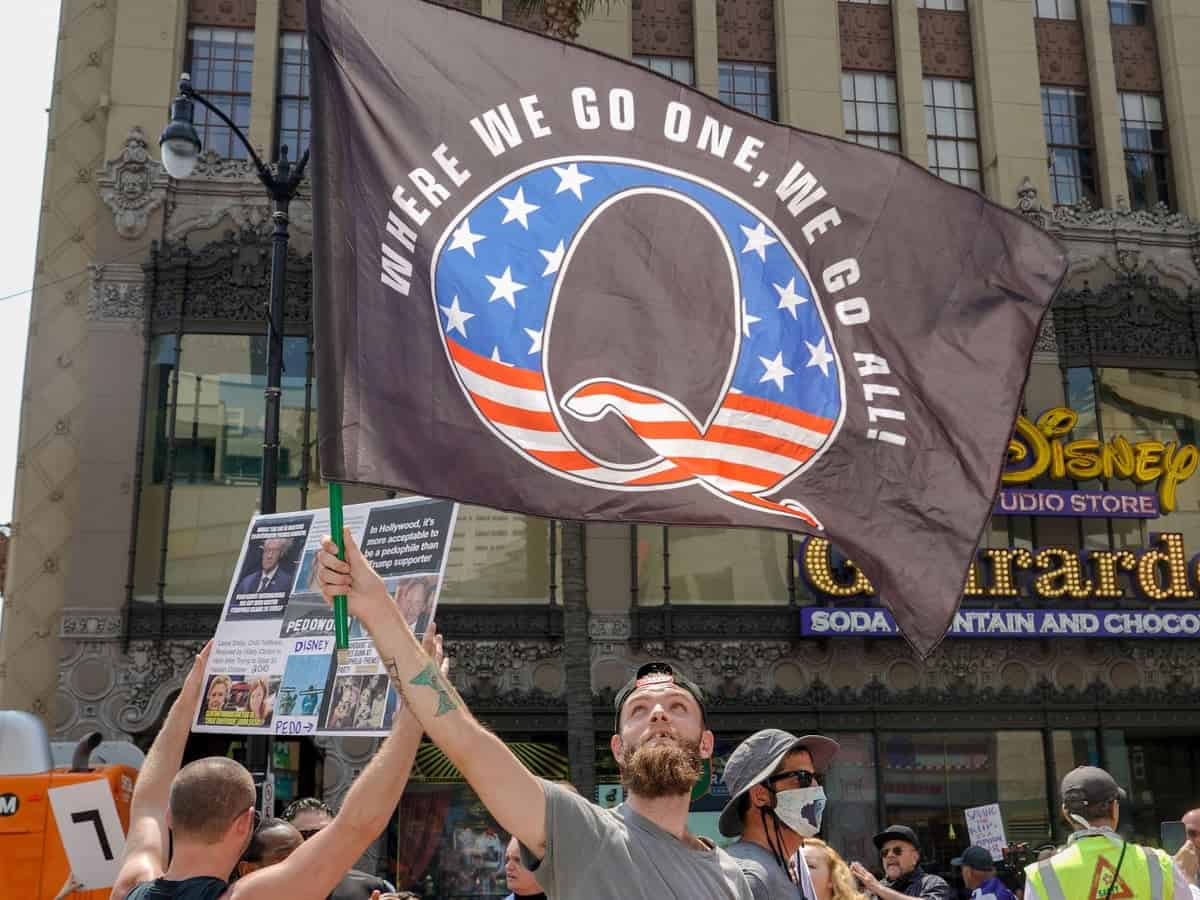 Facebook has finally decided to take some action against the QAnon conspiracy that has been looming online for many years. This theory had intensified as elections approached this year, and several hundred Facebook pages were created with lots of followers to promote the theory. The QAnon group managed to hijack the Save the Children hashtag and constantly bombarded several falsehoods using the hashtag.

According to the QAnon conspiracy, Democrats are running a child sex racket that stretches beyond borders, and Donald Trump is a hero who is fighting against this evil. The group has pushed several false theories about the exploitation of children by business people, politicians and other authorities.

As this is being used as an election tool in recent months, Facebook decided to act tough and restricted the Save the Children hashtag. According to the official statement released by Facebook, users will get to see “credible child safety resources” when they search for the Save the children hashtag.

Several complaints were lodged against QAnon group, and the content has been downranked by Facebook in recent weeks. In simple terms, it will be less visible on the Facebook platform, and there are fewer chances that random users may get recommendations about the group when they are using Facebook.

This started off during the 2016 elections and has gained a lot of momentum since then. Several influential personalities have also boosted the popularity of such groups and made false claims against Biden and several other Democrats. This group has been projecting the Democrats as paedophiles and circulating such information on social media.

Researchers believe that such theories capitalize on the fear factor of the average citizens and talk about child victimization to garner support for their ulterior motives. It was recently observed that several members of this group even participated in the rallies held across the country for various reasons.

Many people from the mainstream media and individuals on social media platforms often start promoting the hashtag Save the children without knowing about its association with the QAnon group. In the early days, Save the Children garnered good support, and it had even organized a fundraising event. However, in recent years, it was hijacked by the QAnon group, and users now get to see messages mostly from this group on the hashtag.

The dangerous thing about this group is that it is quietly moving from the virtual world to the real world as several supporters of this group were seen in many rallies. It is estimated that nearly 25% of Americans have heard something about this conspiracy theory. You will be surprised to know that many Republicans openly support this theory as it provides them with some advantage against the Democrats and they can win the sympathy of unsuspecting individuals.

In recent months, several members of the radicalized group were involved in violent acts, and they were arrested by the police. The group has been bombarding the audience with one false theory after another, and the latest theory doing the rounds is that coronavirus was a conspiracy against Trump.

There were also reports coming in from some agencies that such theories emerged out of the country, and it was deployed carefully by some political analysts. Some reports also claim that the initial boost to this theory was coming from Russia. After analyzing the accounts associated with such groups for a long time, some researchers believe that there was some foreign hand at play to support such groups at least in the initial stages. Later on, when the group got enough support from local communities, foreign agencies were not actively involved in the group.

The group has so far existed only in the virtual world, and nothing much happened practically till this election year. It was only during this year that some members who were radicalized by the group started coming out in the open. One person had come to attack a bar that was allegedly running a child sex racket according to the group. The person was later arrested, and a search conducted at the bar yielded nothing against it.

In the 2016 elections, Donald Trump gained immense popularity for his frank remarks on various issues. During that time, it was also alleged that Russia was actively involved in meddling with the election results. The security agencies also made some claims in this regard. During that time, the QAnon theory started online, and it was slowly covering ground in Facebook and other social media platforms.

The group used to target unsuspecting members online and send them random posts about child abuse in various parts of the world and claim that such things are happening all over the US with the support of several politicians from the Democratic party and businessmen from all over the world.

Later on, they advanced to project Trump as the saviour who is out there to fight the evil, and he needed the support of Americans. It was at this stage that analysts could clearly make out the intention of this radical group. In usual cases, such conspiracy theories do not have political leanings, and they continue to exist even to this day on several online platforms.

However, QAnon theory always had a political angle, and it projected Trump as the hero who was fighting the evil Democrats who were allegedly involved in a child sex racket. According to the conspiracy theory, the racket was a huge one that spread all over the world, and several children from the US were sold into the racket. They even claimed that such rackets were running inside the White House from a secret chamber.