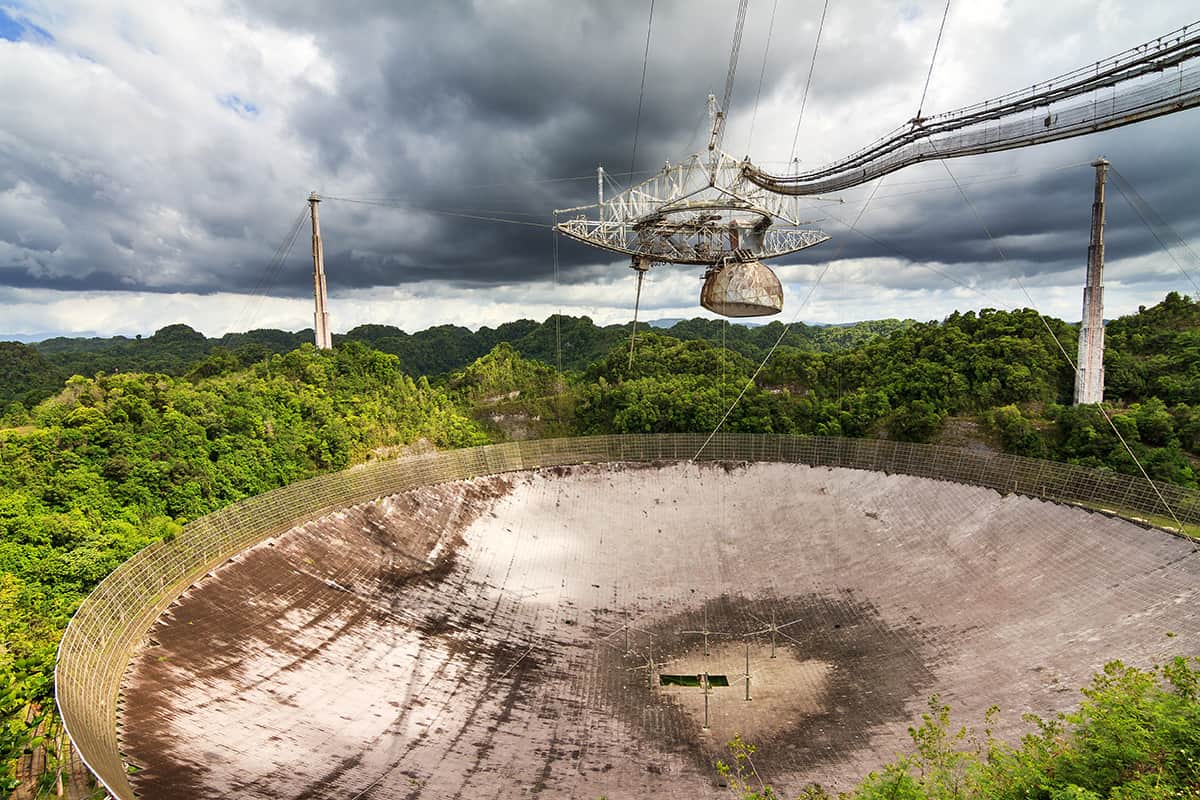 According to the statement issued by the National Science Foundation on Thursday, the massive radio telescope in Puerto Rico used by global scientists is set to be demolished.The telescope has served scientists across the world for nearly 57 years, and it was used as a world-class service for radio astronomy and planetary activities. Apart from that, it was also used for geospace research and analyzing the solar system. Scientists across the globe even used the radio telescope to search for extraterrestrial life on many occasions.

The massive radio telescope that was situated at Arecibo Observatory is now in danger of a catastrophic failure. For this reason, the authorities have decided to demolish the structure as it can put the lives of workers at risk. Even though attempts were made to repair the structure, it was very risky, and the cables used to support the structure are no longer strong enough to carry the load for a long duration.

The authorities at the National Science Foundation said that this was not an easy decision as the massive radio telescope had served several scientists across the globe for many decades. However, considering the safety of the workers involved in the everyday operations of the telescope, this decision to demolish the structure is to be taken. The officials said that this meant a lot to the community of Puerto Rico and they will miss it a lot in future.

In August, an auxiliary cable supporting the structure broke down, and this dented a hundred-foot hole in the reflector dish. Not only that, it also damaged the dome about the reflector dish. In the last few weeks, one of the main Steel cables of the telescope snapped, and this caused a lot of damage to the structure. Considering these developments, officials give a strict warning that the entire structure could collapse.

As soon as such a warning was received by the safety experts, the authorities decided to demolish the structure shortly. However, demolition will be done in a controlled way.

Many scientists are mourning the loss of this massive radio telescope, and they feel that this is the end of one of the most scientifically productive telescopes in the history of astronomy.

Experts are however trying to preserve The Other instruments at the site so that they could be used for similar installations in future. The telescope was built in 1960 with help from the defence department to develop anti-ballistic missile defences. It has lasted for nearly 57 years and provided valuable insights for many scientists across the world. Even though it has survived a lot of natural calamities like hurricanes and strong earthquakes in the past, it is no longer able to support the structure.

According to several scientists who have worked on this telescope for a long duration, it was one of the main instruments used in listening for messages from extraterrestrial civilizations for many years. The telescope had a 1000 foot wide dish, and it was even featured in some Hollywood movies due to its gigantic and attractive structure.

The topic was also trending on Twitter with many people from the scientific community remembering their Association with the iconic telescope. It was sad for many people to see the decommissioning of the telescope after they had used it for so many years to get valuable insights into different aspects of astronomy.

There was no estimate on the cost of demolishing the structure as of now, and authorities will be able to provide a clear picture after evaluating all the factors involved in the demolition process. Before the actual demolition would begin in a staged manner, the authorities will try to preserve as many equipment and instruments as possible from the telescope so that they could be used for similar installations in the future.

The telescope that survived many earthquakes and Hurricanes in the past had become structurally weak as some of the supporting cables broke down in the recent months. The humidity is also very high in this region and this also so might have contributed to the degradation of load-bearing cables. Considering the safety aspects of everyone involved in the site, the authorities have finally decided to demolish the iconic telescope in the next few months.