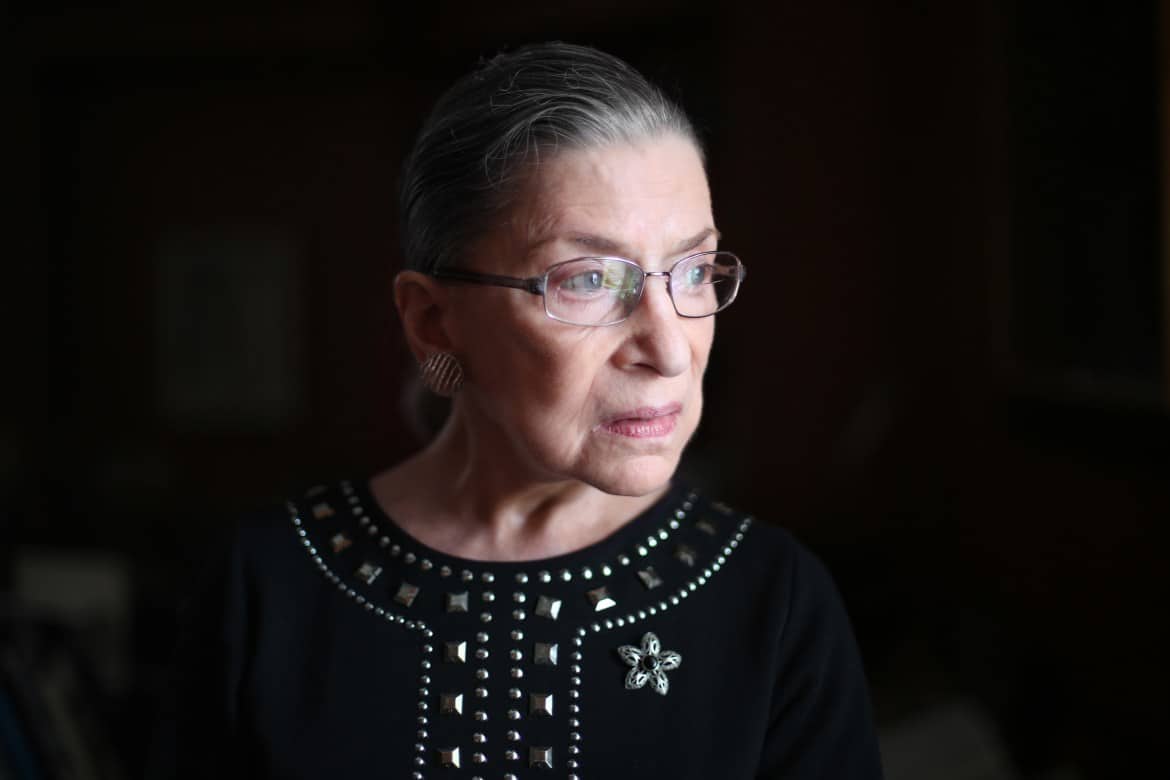 Family members of Ginsburg along with friends and colleagues, gathered on the high court to bid goodbye to Justice Ruth Bader Ginsburg who died after a long battle with cancer. The 87-year-old Justice was draped in a flag and carried up the stairs to the Great Hall at Supreme Court. She had served in this place for 27 years. In a show of solidarity towards her service and achievements over the years, colleagues and her clerks wore black masks and stood in silence on the courthouse plaza.

Rabbi Lauren Holtzblatt of Adas Israel Congregation in Washington praised the vision of Justice Ruth Bader Ginsburg and compared her service to that of a prophet who serves the world even when it does not offer anything in return. Chief Justice John Roberts who spoke next, said that the life of Ginsburg was one of the many versions of the American dream. He mentioned that Ginsburg rose to the highest court of the country from being the daughter of a bookkeeper and she wrote as many as 483 majority opinions, dissents and concurrences that will steer the court for many decades in future. Ginsburg’s casket was placed at the front portico of the court for two days, and the public will be allowed to pay their last respects by following social distancing at the place. Former President Bill Clinton who had nominated Ginsburg to the Supreme Court in 1993 along with Hillary Clinton visited the court and paid their respects to Ginsburg.

Many people who traveled from all around the country waited for more than 90 minutes to pass by the casket. According to the statement issued by the White House, Trump will be visiting the court on Thursday to pay his respects to the late Justice. After that, the late Justice will be moved across the street to the US Capitol on Friday. She is the first woman to lie in state since the honor was initially bestowed to Henry Clay in 1852. Ginsburg’s casket will rest on the Lincoln Catafalque, and private interment service will be held at Arlington National Cemetery next week where she will join her husband Martin who died in 2010. In the recent past, Associate Justice Antonin Scalia lay in repose in the court in 2016, and Retired Associate Justice John Paul Stevens also received similar honor. Hundreds of people gathered early in the morning on Wednesday to pay their respects to the late Justice.

Kate Blanton, who traveled from Columbia South Carolina to pay her respect, said that few people in their generation had a great impact on equal rights and women’s rights as Ginsburg. She added that Ginsburg will always remain a beacon of hope for women and everyone in society. Jacki Gilbert of Baltimore said that it was humbling to see such a tiny lady with a soft and gentle voice changing the lives of many people. He added that she never quit. Rosa Housman of Washington had no complaints about the long queue, and she said that Ginsburg was the absolute American icon for Justice, Equality and feminism in all forms. The court vacancy left with the death of Ginsburg ignited a partisan battle as Republicans were eager to fill the vacancy so as to keep the control of the White House and Senate. Even though Trump has refrained from naming a nominee in public until most of the ceremonies associated with Ginsburg are over, he has made his intention clear that they will act quickly to name the nominee as the elections are fast approaching in the next months.

Some people even protested against the moves of Republicans as this is not the right time for the President to nominate someone to the court. As the elections are just a few months away, the nominee will not be effective, and it is a better option to wait till the elections are over so that everything can be done in a fair and transparent manner. Similar moves by earlier presidents were rejected by the court during the election year. Experts say that the court can function normally in most cases, even with eight sitting judges as they can manage to pass all the majority mandates without any problems. Only when there is a tie in judgement, they can postpone it to the next session. Till then, the latest judgement given in that case by the lower court will continue to be valid. However, Trump wants to gain control of the Senate by recommending a nominee at the earliest. Trump has issued a statement that a nominee from his side will be announced at 5 pm on Saturday. The federal appeals court Judge Amy Coney Barret of Indiana is the leading candidate in the race along with Judge Barbara Lagoa of Florida.

Three days of honor have been declared as a mark of respect to Ginsburg who led the legal battle for women’s equality in the 1970s and served for nearly four decades on two of the most influential courts of the US. Ginsburg was a native of New York City and attended Harvard Law School before graduating from Columbia Law School. She worked as a law professor at Columbia and Rutgers. She was later named to the court of appeals for the District of Columbia circuit in 1980 by the then President Jimmy Carter. When President Clinton nominated her for the Senate in 1993, she won with a huge vote of 96-3.

During the second term of Barack Obama, some liberal allies suggested Ginsburg would retire so that Democrats could replace her, but she did not agree to that. Later, after Trump won in 2016, she continued at the office while battling cancer and other ailments. All the eight sitting judges attended the ceremony on Wednesday along with retired Associate Justice Anthony Kennedy and Maureen Scalia, widow of Justice Scalia. A close friend of Ginsburg, Sandra Day, who is the only woman to precede Ginsburg on the nation’s highest bench could not attend the event as she has Alzheimer’s disease.