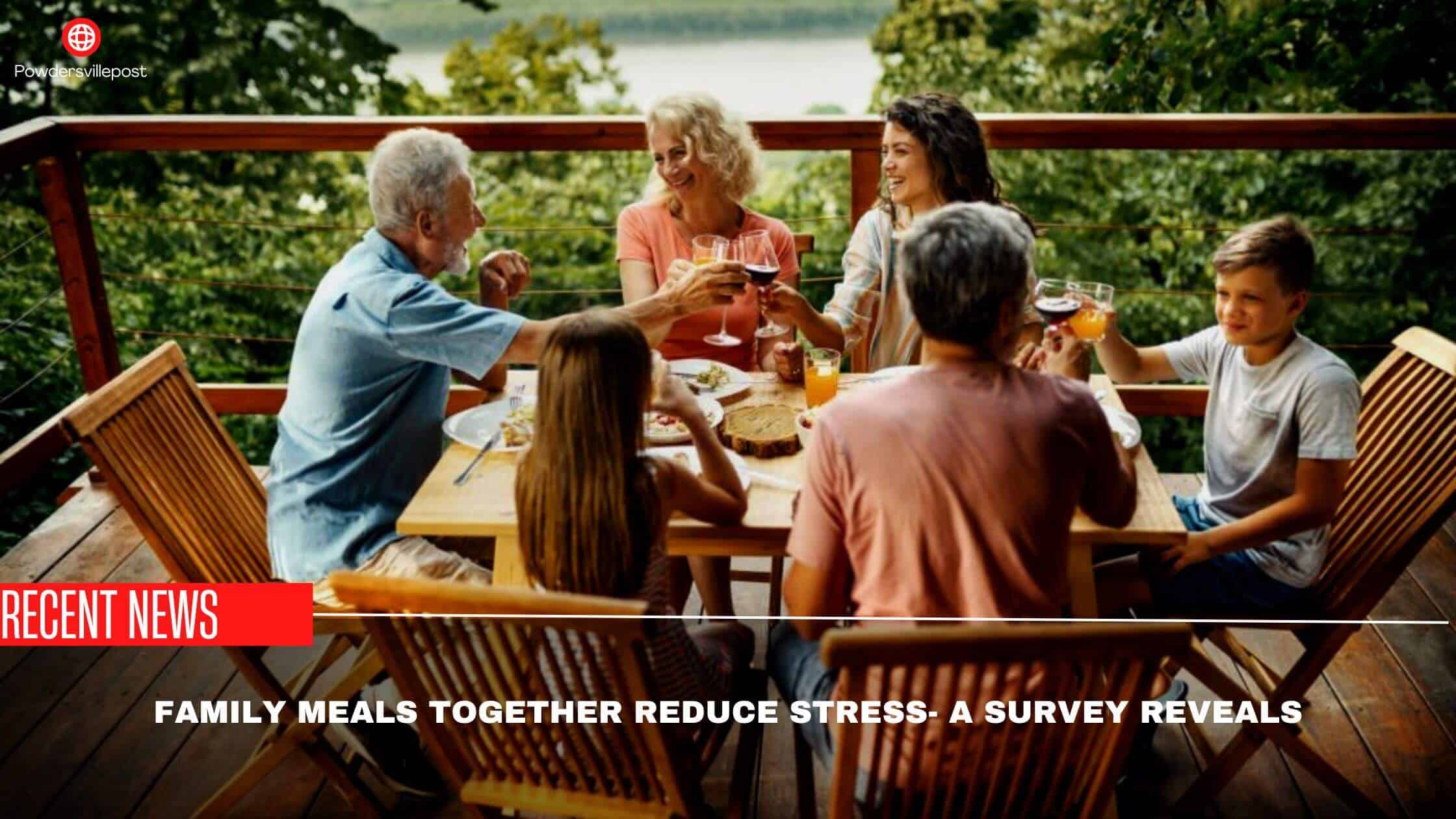 Family is one of the closest social groups in which the individual socializes. The warmth and affection of the family work like a remedy to cure different types of mental disorders such as anxiety and stress.

A new survey conducted by the American Heart Association has brought up some astonishing facts. According to the survey, it has been suggested to have long family dinners.

The communication and interaction the family members have with each other during dinner time effectively boost self-esteem. This is the best social connection that an individual can develop in his life.

How Does It Help?

The reason why the importance of long family dinners has been emphasized is due to the increasing amount of stress in the daily life of a lot of people. Usually, people suffer from a lot of stress and depression while hustling through their daily activities.

They go for therapies to relax. But the best substitution available for the therapy is the constant interaction with the family members at the dining table. It helps to reduce stress and even the incidence of heart diseases such as cardiac arrest and stroke. It is the best way to manage stress.

When a person speaks his heart out at the dining table, he discusses all the good and bad memories he made during the day.

He Learns the art of sharing his meal with his family members. He also listens to the experiences of his family members and learns a lot from the same. This interaction and communication release this stress from his mind and make him feel better about life.

He is in a position to think properly with a clear mindset because he knows that he enjoys the support of his family. It also strengthens the family’s unity and bond.

A survey was conducted in September. Around 1000 adults from The United States of America participated in this emotional quotient survey.

It was discovered that a total of 84% of adults agreed to have meals together with their families as a way to release stress. Around 69% of the population considered the importance of connecting with other people.

Most people believed that in this fast-moving life, it was essential to take a break and slow down for at least some point.

Having a meal with the family was the best way to achieve this little break in your life. Around 75% of the people believed that if they had meals with the family, then.

The consumption of junk food has decreased. Not only this, but also they could be in a better position to make healthy choices. All of the factors contributed to the reduced risk of heart disease.

It is because the two most important reasons for heart disease are stress management and bad food eating habits get ruled out with the help of family dinners.

The study has been endorsed by different psychological Institutions from various parts of the world and depicts the importance of family in this new age. This is a realization that must be dawned upon the youngsters.

It has to be concluded that this is one of the perfect solutions to almost all kinds of modern problems that increase mental anxiety and depression among people.

It is one of the conventional methods with the help of which the mental health of people can be improved in the shortest possible time. Most people do not even realize the importance of this amazing phenomenon, and that is why they go after useless healthy in order to de-stress themselves.