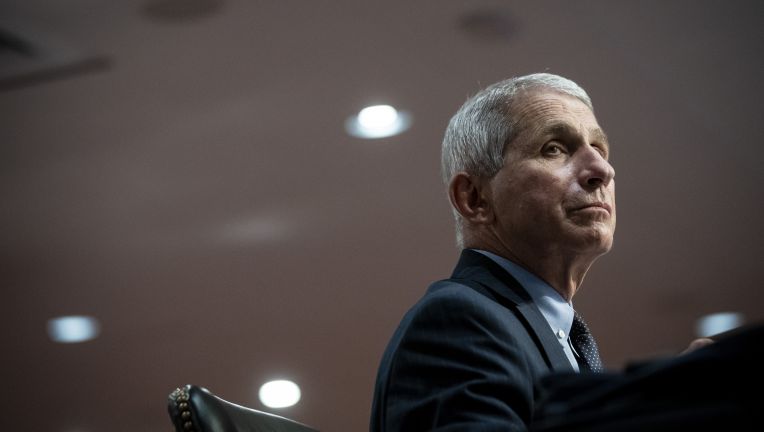 Dr Anthony Fauci on Wednesday warned of the risk of a fresh surge even as the number of new Covid-19 cases hit a plateau at a level that was disturbingly high.

Johns Hopkins University data showed that though the levels did not match the highs of earlier this year, over 61,000 new cases were reported on Wednesday. Also, no significant decreases in infections remained a concern, especially with the spread of variants according to the director of the National Institute of Allergy and Infectious Diseases who spoke to CNN’s Anderson Cooper.

Fauci said it was almost a race between  vaccinating people and this surge that looked like increasing, noting that Europe was seeing a spike like  the one experts remained concerned about for the US.

Vaccinations were happening in the US at a brisk pace, and over 33% of the population, over 109 million people had been administered at least one dose of the vaccine. Also, all 50 states had committed to start vaccinating all adult by April 19.

Dr Rochelle Walensky, Director, US Centers for Disease Control and Prevention said Wednesday, that the decrease in Covid-19 fatalities might be due to the vaccines.

She added however, that the vaccination effort had to be accelerated now that the virus variant identified first in the United Kingdom that given the more transmissible and likely more deadly strain had become the US’ most common.

Fauci called on Americans to continue with the preventative measures and get vaccinated to counter the variant.

He urged Americans to continue the fight and as he had said many times, it was not the time to declare victory.

Walensk had said earlier this week, that the US’ daily rate of new coronavirus cases had increased over the larger part of the last four weeks. It was in part due to the B.1.1.7 spread as also other concerning strains, she said.

With the average  of 64,760 new coronavirus cases a day in the past week, the US saw the numbers dip than a week prior, but they still remained 21% higher as against two weeks ago, and over 12% higher than four weeks ago, Johns Hopkins data showed.

Recent infections were seen in younger people, a factor Fauci said could be partly put down to vaccination in older people.

He went on to note that over 75% of people aged 65 years and older had been administered at least one shot of the Covid-19 vaccine.

He added, several factors were responsible which included daycares and sports teams in schools having clusters of cases in which people were in close contact and sometimes were not wearing masks, and also the B.1.1.7 variant.

He said he thought that was what explained the cases surging in young individuals.

According to Fauci, school returning students were not yet eligible for vaccines, though studies, it was hoped, in the coming months  would show the efficacy of vaccination in children as young as six months.

He added until then students under 16 needed to continue wearing masks, avoiding indoor settings and close contact, Fauci said.

As the US raced to vaccinate people, officials and experts had had to deal with reports of adverse reactions believed to be related to some shots.