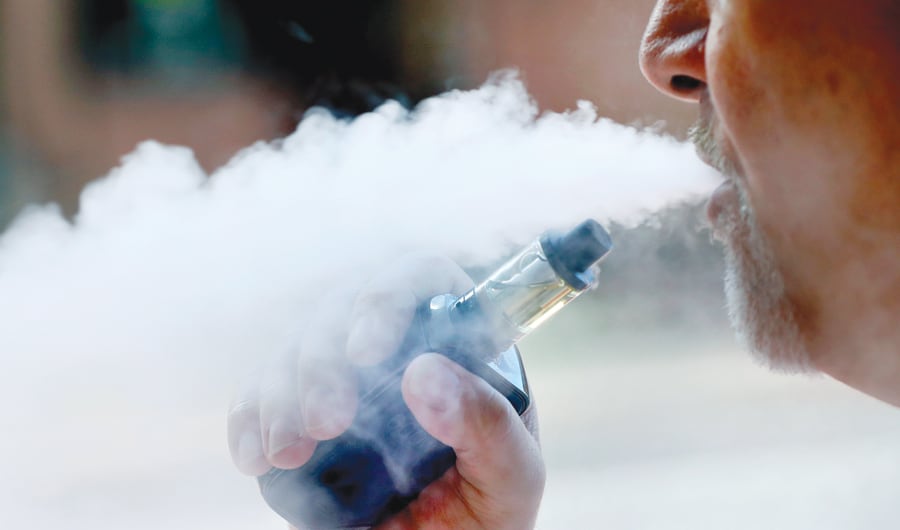 The commissioner of the Food and Drug Administration, Janet Woodcock, was pushed by the administration to ban all the flavored vapes across the US, as the fruity flavors in such vapes are alluring to children and teenagers.

However, Woodcock has not made any clarifications whether the FDA plans to put a complete ban of restricting the sale of flavored e-cigarettes towards the end of this year.

The e-cigarette manufacturer companies need permission from the FDA to sell their product in the market.

The FDA has time till the 9th of September to decide if the manufacturers will get the permission.

Tobacco use among the youth:

According to the data of the FDA, more than 80% of teenagers and children who smoke e-cigarette opt for flavored varieties. Hence the FDA has been pushed for since long to ban flavored vapes.

Woodcock implies that although the future is hard to predict, the limiting of the sales and advertisement of the products are very much likely.

Significance of e-cigarette among young adults:

The advocacy groups like the Campaign for Tobacco-Free Kids and certain other medical groups have long been pressing for a complete ban on vapes, but the manufactures of these products state that these products are safer compared to the conventional cigarette and quite appealing among young smokers.

However as Woodcock implies that the future cannot be predicted, some experts are not willing to accept it and are of the opinion that it is just a commitment that can save millions of American youth from becoming addicted to vaping.

The stance of the administration:

As stated by House Oversight Committee Chairwoman Carolyn Maloney (D-NY), the e-cigarette manufacturing companies have shown no concerns for the health and wellbeing of young people across the US.

Maloney has termed their action as appalling while making a clear point that the federal governments across the US are no longer going to allow to encourage this industry to promote addiction among the younger generation for its hazardous products.

Maloney urges the FDA to implement steps like putting a ban on the sake of the flavored products that are still available in the market, limiting the nicotine levels in the e-cigarettes, and withdrawing the illegal products from the market, like the products sold in puff bars.

However, despite such uproar from the federal officials, the FDA spokesperson, Woodcock has not made any comments on banning the sale of menthol-flavored cigarettes, given the popular belief that the menthol flavoring further accentuates the action of the nicotine.

Why is flavoring more harmful when combined with nicotine:

Menthol has certain pharmacologic properties that enhance the effect of nicotine addiction and makes it difficult for the individual to quit smoking or vaping.

FDA had issued a press release in March after banning the menthol-flavored combustible cigarette stating that the menthol flavoring evidently increases the appeal of the tobacco products and encourages regular smoking, especially among young adults.

Moreover, such new products make it difficult to treat nicotine addiction, doctors and healthcare providers might not be knowing how to deal with nicotine addiction arising out of vaping or smoking flavored products.

Woodcock implies that the work has to be carried on to help the children and teenagers to remove their nicotine addiction, however, it will not be easy as not much is known about how to help individuals who are addicted to nicotine but not to a cigarette.

The risk lies in the fact that that now there is a sizable population of young kids addicted to nicotine, and there is evidence that shows that prolonged exposure to various addictive products at an early age can impact the brain in such a way that it becomes more difficult to quit to them at a later stage.