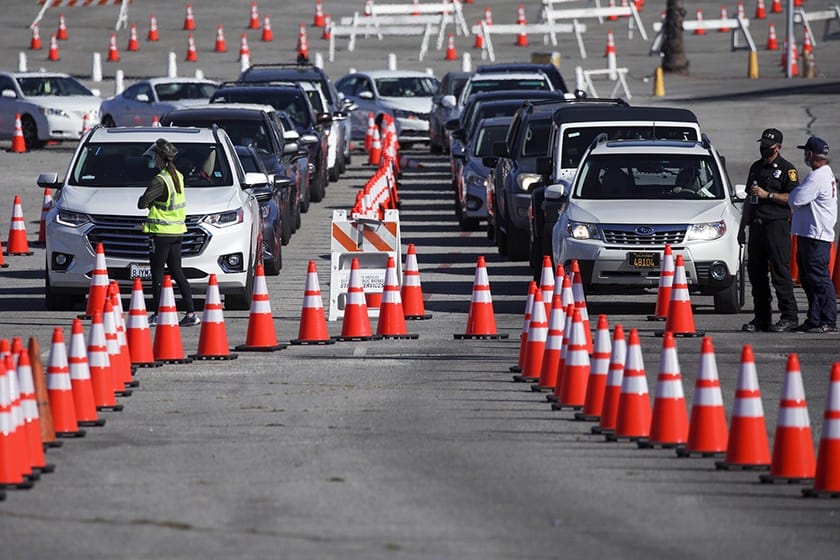 FEMA To Shut Down 2 Mass Vaccination Sites In California

The two sites in Oakland and Los Angeles opened in February for an 8 week pilot program, due to conclude on April 11, just days before the state will make all Americans above 16 eligible for the vaccinations. Currently, the sites are administering Pfizer shots, which require two doses for a complete inoculation against the Coronavirus. It was announced that the sites will switch to Johnson & Johnson vaccines, which require just a single shot. This is done so that people can get vaccinated with a single shot and avoid massive waiting time to get vaccinated.

As per the Office of Emergency services, the sites have a capacity to vaccinate 6,000 people everyday, while they had been vaccinating 7,500 people per day. However, being managed by federal authorities, these doses are separate from the weekly allocation of vaccines in the state, which is about 1.8 million shots per week.

The California governor, Gavin Newsom announced that the state would allow all Americans over 16people with 65 years or older, along with teachers, farmers and other individuals with certain health conditions to get vaccinated in the country. California expects more supplies in the coming weeks to meet this target.

The state is consulting with the counties of Los Angeles and Alameda to try to continue the vaccination sites at the California State University in Los Angeles and at the Oakland Coliseum. Although the state asked for an extension of the program, it was not granted, as per Brian Ferguson, the agency’s spokesman.

He added that the two sites would continue to operate if additional funding and vaccines would be allocated by the federal government.

Other state and county officials are also chalking out ways to maintain the operations in both sites.

It is also presently unclear if the site in the California University would continue to administer vaccines or if the shits would be redistributed to smaller community sites.

Frank Mansell, a FEMA spokesman said that the sites would continue operations in some manner or the other, although vaccine doses may not be separately allocated after April 15. He added that the closure of the sites do not mean that there would be “sites opening elsewhere.”

Alameda county officials and the Oakland Mayor Libby Schaaf were not available for immediate comments regarding the closure of the site in Oakland.

So far, Coronavirus has been responsible for over 30 million cases in the country, with more than 548,000 deaths. California state is the most affected state so far, both in terms of cases and deaths with about one-tenth of the total cases in the US based in California. California has also witnessed above 58,000 deaths linked to Covid-19 so far, more than a year after WHO declared a global pandemic.