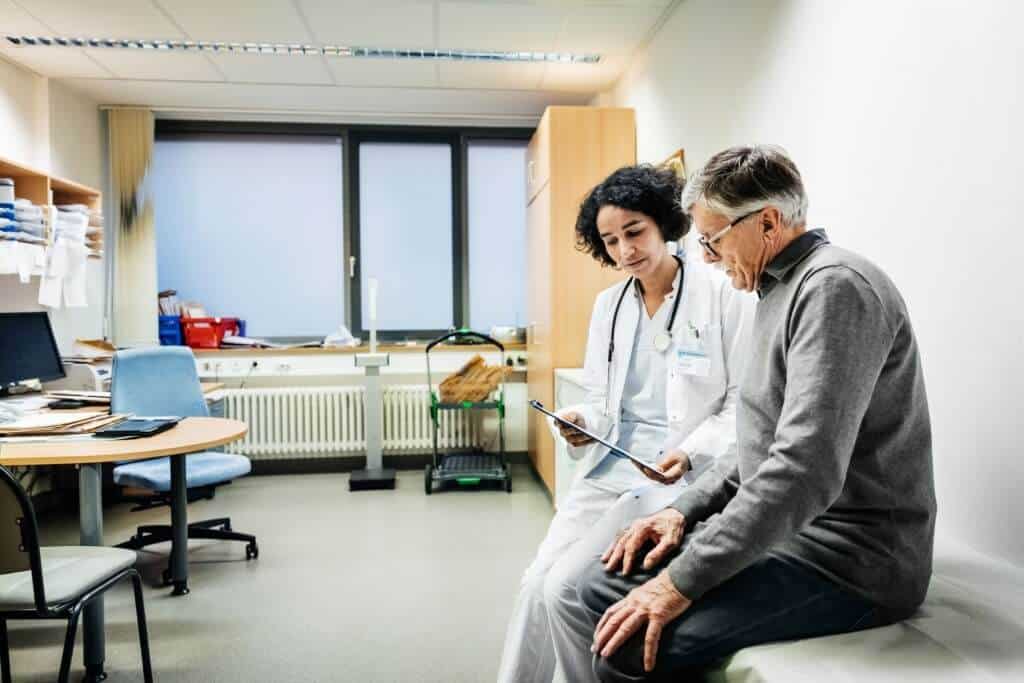 Dr. Christina Yannetsos is an emergency medicine physician at the University of Colorado and in her job she faces difficult situations often, like a recent one with the children of a mother in the emergency ward who asked if their mother “was going to die?”.

Such questions according to Yannetsos are “the most difficult” as she herself is trying to start a family.

Female Physicians Who Are Already Battling Infertility Are Facing

Yannetsos is trying for a baby for a year and had gotten married when she was 34 years old.

Last year her scheduled Vitro fertilization procedure was canceled owing to the pandemic.

Again, eight months later getting infected by COVID ruined her plans of having an embryo transfer

Yannetsos’s isn’t an isolated case, as in general female physicians in their prime reproductive years are preoccupied with training.

As per data, it is estimated that 1 in 8 women in the US is affected by infertility, that number further drops to an estimated 1 in 4 in the case of female doctors.

The Pandemic has worsened the situation further.

According to Erica Kaye, a pediatric oncologist, the physicians who are in the front line caring for patients during pandemics and struggling with infertility have to go through the physical and emotional ordeal both at work and personally in their homes.

Dr.Soha Patel, an obstetrician at Vanderbilt Medical Center had IVF treatment planned when the Covid patients flooded the hospital.

Dr. Patel was undergoing ultrasounds while still having to go through a routine of four-times-a-day injections as per COVID guidelines for doctors.

Dr. Patel was administering women high-risk pregnancies when a lot was not known about the nature of the Coronavirus. She described the experience as “terrifying”.

The whole experience of going through the ultrasound and fearing that her profession might have hampered with fertility treatment was made worse when her husband couldn’t accompany her to those appointments. This made the process “even lonelier” for her.

Yannestsos recovered from her Covid infection and got pregnant via IVF and is expecting twins by December, meanwhile, she still has the responsibility of tending to the COVID patients. According to her “anxiety never stops”

It isn’t clear why a disproportionate number of female physicians are affected by infertility.

The prime fertility years of the mid-’20s and early ’30s are spent by physicians in intense training.

The intense training also comes in the way of finding a suitable partner for these female physicians and when they do find the one and try a start a family they are already past their prime.

According to Dr. Patel during residency, it was difficult to get into a relationship as they had to do a five-week night shift often.

Various women have complained that the environment is not very supportive to start a family during training.

This is driving many female doctors out of the profession.

An essay was published in the journal Academic Medicine which called for affirmative action towards change. A first in the change should be that insurance coverage is extended to doctors struggling with fertility-related problems.

According to Dr. Patel, she had some coverage that helped but it still cost $10,000 to $15,000, her medication alone cost around $7000 to $8000. While according to Yannetsos she had to make payment out of her own pocket for the three rounds of IVF treatment.

It is an unfortunate situation that many hospitals in the country don’t offer fertility benefits. The medical profession can learn from tech and other industries which helps their employee with fertility coverage.

Dr. Patel doesn’t want the message to the young girls who want to be a doctor, be that this profession is anything other than very good and fulfilling.