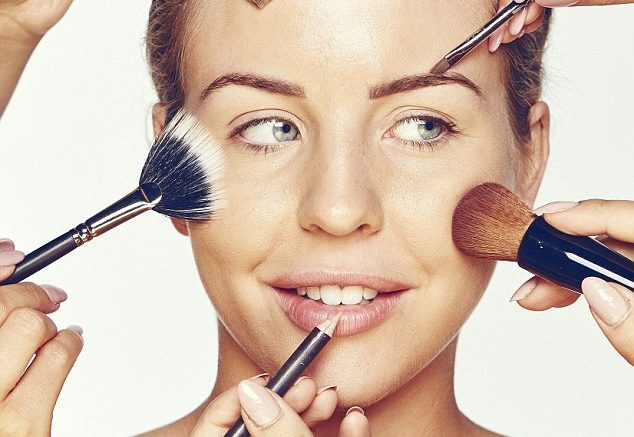 A glossy, flawlessly put-together face may improve confidence significantly, but a recent study suggests that many of the cosmetics used to attain that appearance may be hazardous to one’s health.

According to studies, many cosmetic products in the United States and Canada appear to contain high amounts of per- and polyfluoroalkyl substances (PFAS), a potentially dangerous family of chemicals associated with several significant health issues.

Most waterproof mascaras, liquid lipsticks, and foundations, in particular, revealed significant amounts of fluorine, indicating the presence of PFAS.

According to researcher Tom Bruton, a senior scientist at the Green Science Policy Institute, an independent research and environmental advocacy group based in Berkeley, Calif., these three categories were more likely than others to have high fluoride levels.

Bruton said that the chemicals are intended to help cosmetics last longer and distribute more evenly. The researchers stated that the problem is widespread, although no corporate names were mentioned in the paper.

According to the experts, there are about 4,700 distinct PFAS chemical substances. According to the US Environmental Protection Agency, they have been widely utilized in a variety of consumer items since the 1950s, including stain-repellent textiles, nonstick cookware, polishes, waxes, paints, and cleaning goods.

Unfortunately, PFAS are classified as “permanent compounds” since they do not disintegrate naturally, according to Bruton. They instead build up in the bodies of people and animals. Every single American is thought to have measurable levels of PFAS in their body.

According to the EPA, several PFAS compounds have been demonstrated to be harmful, perhaps contributing to high cholesterol levels, low childbirth weights, immunological inadequacies, and thyroid gland disturbances.

The issue with these chemicals is that they remain a long time in the environment as well as in the person, according to Dr. Maaike van Gerwen, an assistant professor in Mount Sinai’s Institute of Translational Epidemiology in New York City. Because these are a relatively new type of chemical, they do not know exactly what the danger is of exposure to very low doses of these compounds over a lengthy period.

According to van Gerwen, there are fears that PFAS’s impact on the thyroid might lead to thyroid cancer.

According to the researchers, other potential health concerns of PFAS include renal cancer, testicular cancer, and high blood pressure.

Bruton explained that for this study, researchers purchased 231 different cosmetics items in the United States and Canada and analyzed them for fluorine.

According to Bruton, they discovered higher fluorine levels in more than half of the goods they examined.

According to the survey, the cosmetic categories with the largest percentage of 213 high fluorine items were foundations (63 percent), eye products (58 percent), mascaras (47 percent), and lip products (55 percent).

Even more worrying, Bruton observed that cosmetics containing significant amounts of fluorine frequently failed to include any PFAS ingredients on their labels.

Researchers discovered that 29 cosmetics with elevated fluoride levels comprised between four and 13 unique PFAS compounds. Only one of the 29 goods, however, specified PFAS as an ingredient on the product label.

Despite this, Bruton advises people who wish to minimize their PFAS exposure to check the labels nevertheless and to avoid items where the chemicals are correctly mentioned.

Fluorine levels were commonly found to be high in items marketed as long-lasting and wear-resistant, which might give another indication for discriminating buyers.

However, there isn’t much that customers can do to help fix the situation.

According to Bruton, the government must step up to more stringently control cosmetics components. It is also past time for the cosmetics sector to stand up and begin efforts to transition away from this class of chemicals.

The regulations governing cosmetics safety and labeling in the United States date back to 1938 and 1967, respectively, which tells them something, according to Bruton.