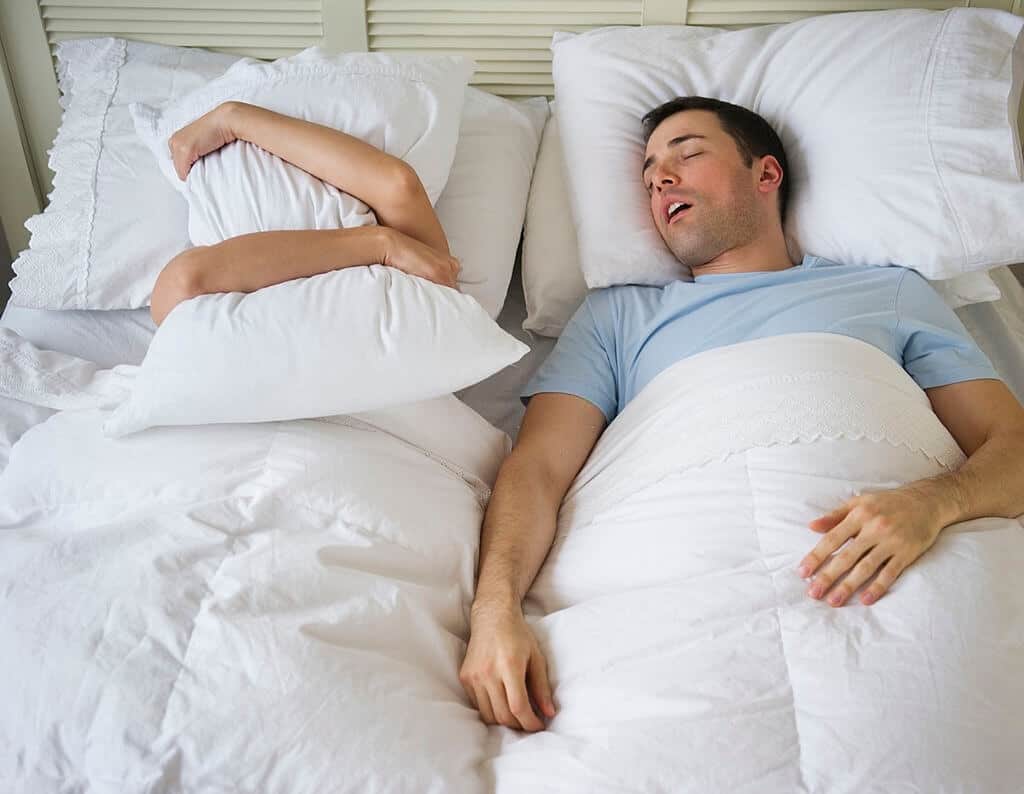 Occasionally, we all tend to snore owing to blocked nasal passages caused by an allergy or a cold. According to Rebecca Robbins, instructor in the sleep medicine division at Harvard Medical School and a sleep specialist, snoring is usually normal and nothing to worry about, though it can be a cause of concern if it’s too loud or if it causes interrupted breathing as that can be a symptom of obstructive sleep apnea.

Few Hints That Signal That Snoring Can Be Potentially Dangerous

The reason it is termed “obstructive” is that it causes blockage of airways because of relaxed, weak, or heavy tissues.

The American Academy of Sleep Medicine claims that obstructive sleep apnea, if left unresolved, can be a cause of high blood pressure, type 2 diabetes, heart diseases, depression, or even untimely death.

Sleep experts have developed a simple sleep questionnaire with the acronym – STOP-BANG that helps one understand if their snoring is dangerous.

If the snoring is excessively loud and disruptive, to the point of being obnoxious, that can be heard from another room or drown out other sounds, that can be a symptom of obstructive sleep apnea.

According to Rebecca Robbins, daytime sleepiness and fatigue, combined with deafening snoring can be a strong indicator of obstructive sleep apnea.

O is for observed apnea, which means that the person is completely unaware that they snore or stop breathing during sleep unless it gets to a point that they have to get up gasping for breath.

P stands for high blood pressure. Obstructive sleep apnea can possibly be a cause of hypertension as each time a person stops breathing; the sympathetic nervous system gets to work and increases blood pressure and the body also releases catecholamines, a type of stress hormone, which can also lead to hypertension.

BMI means Body Mass Index, which is an indicator of a person’s weight in relation to their height. A BMI of over 30 indicates obesity and over 35 indicates extreme obesity, which can be a warning sign for obstructive sleep apnea as the excess weight in the neck, tongue, and mouth area tends to collapse the soft tissues, making breathing without snoring difficult.

Because our muscles tend to weaken with age, being over the age of 50 years could put one at a higher risk of developing obstructive sleep apnea.

Being a male also puts one at a higher risk because men, in general, have more fat on their tongues and in the neck area, besides also having more belly fat that makes breathing difficult.