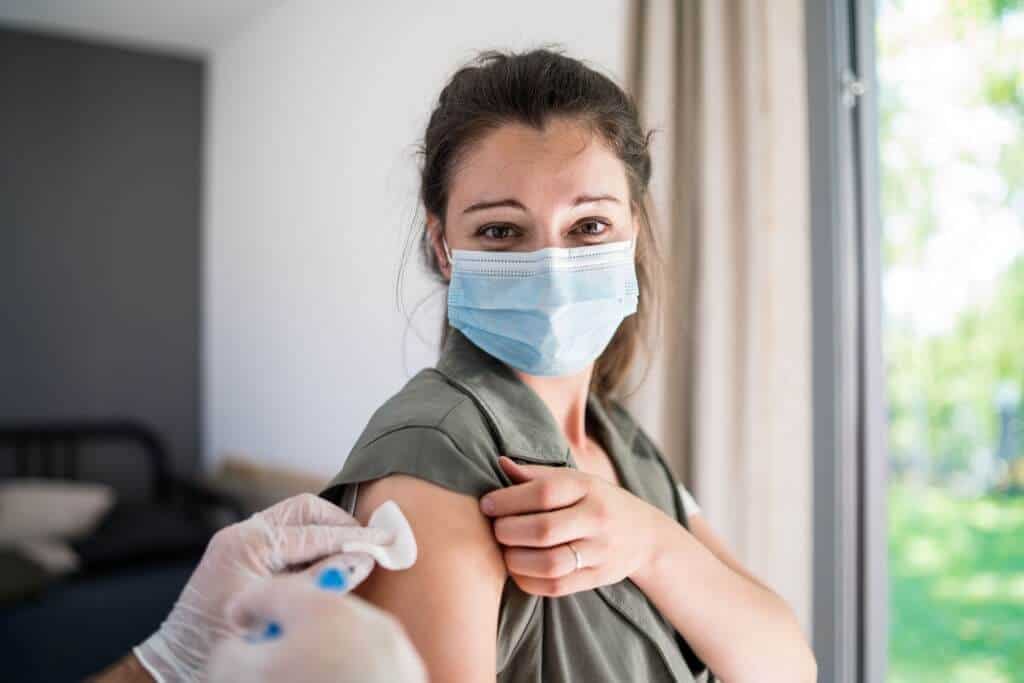 Vaccines are made necessary in the United States for all its citizens, regardless of age. Healthcare workers, police officers, emergency medical technicians (EMT), firefighters, etc. are given vaccines.

First Responders In The United States Are Dying More

However, the death rate among the first responders or those who are the ones who respond first for aid and security is rising. This number needs to reduce so they feel secure and go for taking their COVID-19 vaccines.

People’s confusion about the vaccine increases

The people of the United States desperately seek a cure for the COVID-19 pandemic. This summer has seen its impact rise as more deaths and infected patients are recorded each day. The only cure is in the vaccine that offers shots that can build immunity. However, it is not proven to be 100% effective in fighting against the mutating virus.

Some people have experienced mild to severe reactions after getting their first shots for COVID-19. Others have reported having experienced no reactions like fever, headache, dizziness, etc. The matter of concern is the increased death rate among the vaccinated first responders who waited to get their next dose. Many from the United States law enforcement line-of-duty have succumbed to the pandemic even after getting their shots.

The United States first responders are in denial about getting vaccinated

After the deaths of the United States first responders, they are now skeptical about continuing their doses. The increased number of deaths is among the first responders including firefighters, police officers, healthcare workers, etc. That is why they are responding in the negative about the government mandate on getting vaccinated. They remain at the forefront during emergencies and have continued to do so during the present crisis.

When the pandemic first started showing its signs and impact, the first responders were the ones prioritized. They were given the first shot of the vaccine so they can be healthy and have immunity over the COVID-19 virus. Those receiving the doses, even though requiring a vaccine, were not sure of its results. However, the recent surge in the number of cases of deaths among the vaccinated people has led to fear and resistance.

Owing to the unpredictability of the results after getting vaccinated, the first responders and the nation at large are reluctant. There is a rising doubt leading to debate all across the United States pushing back the mandate. The government mandate on compulsorily getting vaccinated is witnessing a fraught situation. The governments’ mandate can affect more tens and thousands of first responders.

The government of the United States gets stricter about the mandate

The government seeks to ensure immunity for all its people for which vaccination is mandatory. They have made their stand clear by giving suspensions and even termination to those denying getting vaccinated. The COVID-19 virus has become the most severe cause of death among those fighting for the people at the forefront. The resulting conflict has been giving rise to heated arguments and tense situations around those waiting for their next dose.

Police officers die in hundreds fighting against the virus

In the present year 2021, more than a hundred members of the law enforcement agencies have been recorded to have died of COVID-19. Last month in August, within a period of 10 days alone, six people have died from law enforcement. Police officers are now caught in the middle of a tough choice between getting vaccinated or not. They most likely would choose to go without further vaccine as opposed to the initial stages when they were prioritized for vaccination.

The future of those vaccinated and not uncertain amidst the debate

Given the death rate among police officers and other first responders, they are uncomfortable taking the vaccine. Depending upon the data on deaths, the government has not yet, however, may give it a more considerate thought. Considering pushing back vaccination would mean an invitation to exposure to the virus. At present, they have been resisting getting vaccinated.