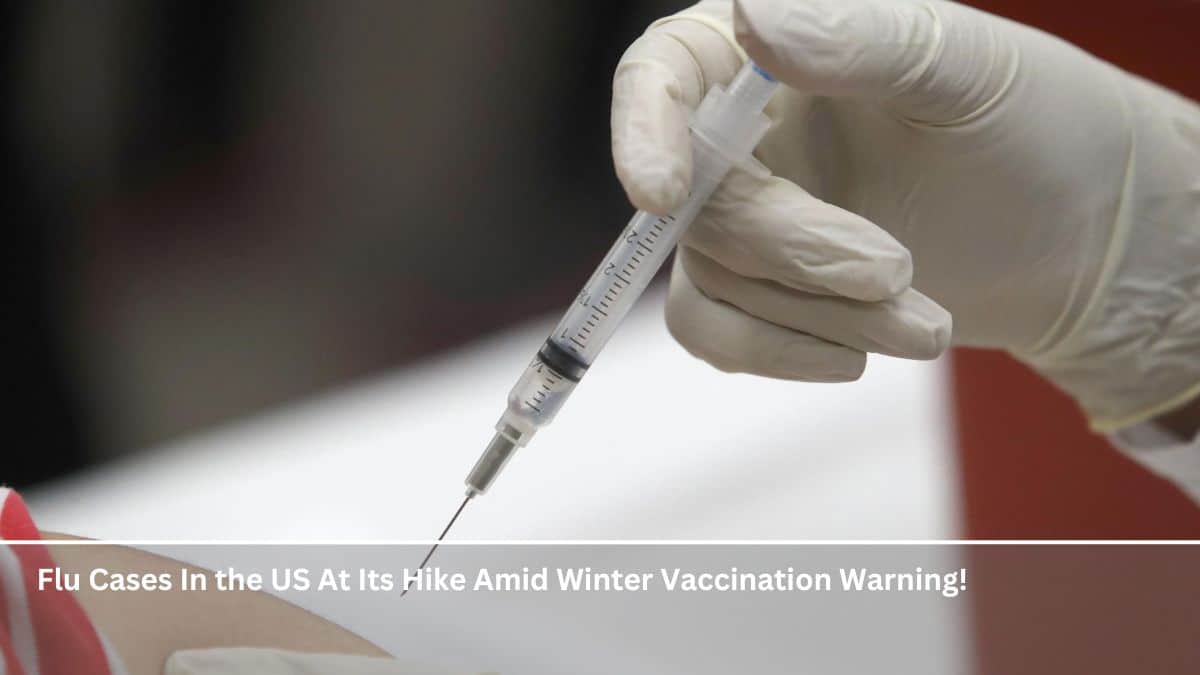 The Centers for Disease Control and Prevention (CDC) reported that the US is facing the highest out of Flu case hospitalizations in a decade for this time of the year. Elders above 65 and kids are the main affected groups as respiratory viruses like the common flu and Respiratory Synciatic Virus (RSV) are spreading throughout the nation.

These viruses are usually known to spike around the months of December and January. But this time, they struck early during October and November. Lynnette Brammer, Team Lead, Domestic Influenza surveillance team at CDC said that there is nothing to point out at this time to believe that this is a severe issue.

She said it was too early to make any sort of conclusions. But Dawn O’Connell, assistant secretary for preparedness and response at the Department of Health and Human Services warned that the US will be facing a tough winter this time with the rise in flu cases.

Post-Covid, this is the first time that seasonal viruses have been spreading at a rapid rate. This has been mainly because people have stopped using masks now and everyone including kids is back to their workplaces and schools. This increases the chance of infection to incremental levels. With the advent of winter, people are hanging out indoors too.

The safety protocols followed during covid like wearing masks and keeping social distance not only helped us stay away from covid but also kept us, especially kids away from these flu viruses like RSV. So when these safety protocols are discontinued suddenly, we are getting exposed to these viruses sooner and kids too lacking immunity are affected at a faster rate.

Dr. José Romero, director of the CDC’s National Center for Immunization and Respiratory Diseases said that he suspects that a lot of kids who acquired the RSV infection were getting it for the first time as they were protected from these viruses during the pandemic and lockdown period.

The CDC reported a large number of cases in the Southeast parts of the US like Tennessee, Alabama, and South Carolina. Apart from these states, another 13 states also reported high numbers of infections. According to reports, 76 percent of pediatric hospitals are occupied nationally and among them, around 80 percent of hospitals are at peak capacity in 20 states.

🔵Why Air Quality May Be The Key To Reducing Severe Cases Of COVID-19?

🔵More Monkeypox Cases Have Been Confirmed By The Navajo Nation

According to the CDC, around 1.6 million people have been infected with the flu this season and among them, 730 have died.

Most of the patients are showing influenza virus-type symptoms like fever, cough or sore throat, etc. Other viruses like Rhinovirus and enterovirus have also been reported. RSV virus is also showing a concerning spike as it is affecting infants and young kids the most. Dr.Rachel Orscheln, a pediatric infectious disease specialist at St.Louis Children’s Hospital in Missouri said that RSV cases have been at an all-time high this season.

While most of the children who get infected by RSV get only minor cold symptoms, young children and kids can have complications due to the infections as it can cause inflammation in the airways leading to breathing difficulty.

Infants will have to be hospitalized and breathing aids have to be given till recovery. Romero observed that RSV typically hits the southeast areas the most and this time too the initial spike was seen in those areas. As of this week, cases have reduced there and the infection has started to spread to other parts of the US. Dr.Meredith McMorrow, pediatrician and team lead for Enhanced Surveillance Platforms at CDC said that in the coming weeks, the infections are predicted to cause a spike on the West Coast.