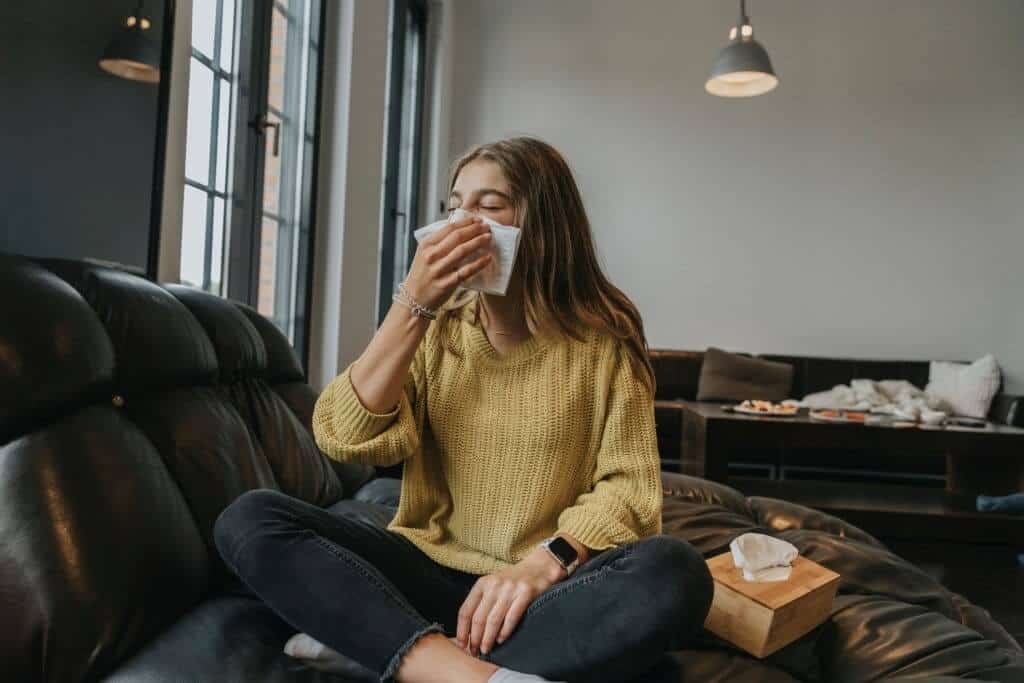 The flu season of 2020-2021 has been quashed by the restrictions that had been put in place due to Covid.

In the United States, influenza cases have fallen to a low that has never been seen before.

Scientists suspect that one of the major strains of influenza may have even gone extinct as so little of the flu circulating.

Flu Strain May Have Been Driven Into Extinction

This can be explained by the lack of humans that the virus had to infect.

In annual flu shots, influenza B/Yamagata is one of the four strains that are included regularly.

An Australian research team reported that the strain seems to have completely fallen off the radar.

Since March 2020, no B strains have been isolated or genetically sequenced in flu case tracking.

Public health officials have received reports of only 31 cases of suspected B strain.

In order to determine that B strain was truly to blame, isolation or sequencing of the virus needed to be done, but it was not successful.

Researchers noted that compared to the other major flu strains, the B strain has always been less infectious.

It has also been noted that this particular strain does not evolve as energetically as the others.

Since 2015, the B component of the annual flu shot has not been updated by manufacturers.

Combined with the suppressive conditions of the pandemic, these factors may have also contributed to the strong eradication of the global B strain and consequently, this lineage may have gone extinct.

The study was led by Marios Koutsakos, who is a postdoctoral research fellow at the University of Melbourne.

New possibilities for tackling the annual flu could have been opened up if the strain has actually gone extinct.

American infectious disease experts said that it may take longer than a single flu season to determine whether the strain is truly gone.

Richard Kennedy said that he would be a little leery of calling it finished as the flu is a fickle little beast.

Kennedy said that the fact that they have not seen it for a while, by itself, is not convincing evidence.

He added that the fact that not a single case has been recorded is good, but there needs to be a prolonged period where this is the case.

Public health officials are concerned that this flu season could be difficult to handle as restrictions regarding Covid have been relaxed and kids are also back to school.

He said that the B strain could resurface.

Kennedy said that in this race, these viruses are very adept at making up the distance and time that they have lost.

He added that we may not be able to get a handle on it if we do not continue while we are ahead.

Dr. William Schaffner said that the strains included in the annual flu vaccine could be juggled if the B strain is truly gone for good and this would mean more bang for your buck.

William is the medical director of the Bethesda National Foundation for Infectious Diseases.

The source of deadly epidemics seems to be the A strain which is more infectious.

Among school-going children and teens, influenza B spreads more slowly.

Kennedy said that a guessing game is being played by American scientists each year in order to determine which genetic version of each of the four strains is the most infectious.

He said that the flu vaccines tend to give better protection when they guess right.

The shot’s effectiveness could be increased this year.