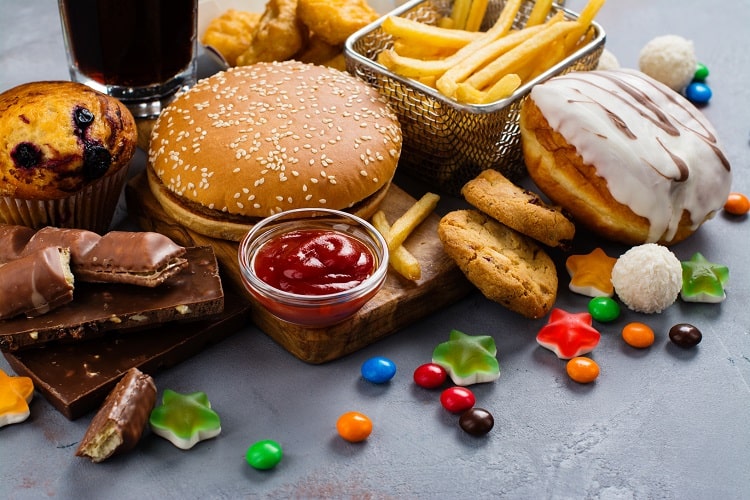 Cancer is expected to become the main cause of death in every country by the end of the century, making cancer prevention a primary concern in the healthcare industry.

Although numerous variables might impact a person’s chance of acquiring cancer, research indicates that environmental causes, such as food habits, might also increase cancer risk.

In the early 1960s, researchers discovered that cancer rates differed among nations and that various dietary patterns were associated with various forms of cancer.

Researchers have narrowed down the exact foods and dietary habits that may enhance the risk of different malignancies since then.

Diet and cancer risk research is continuing, and researchers still have a lot to learn about how and why dietary choices impact cancer risk.

Scientists have discovered a substantial correlation between processed meat consumption and certain forms of cancer.

High-processed and red meat diets have also been linked to an increased risk of various malignancies, including stomach cancer and breast cancer.

Compounds formed during high-temperature cooking and smoking operations can induce cellular damage, potentially leading to the growth of malignant cells. Heme iron, which is abundant in red and processed meats, may potentially be hazardous to cells.

Diets heavy in ultra-processed foods, notably Western diets, greatly raise the risk of some malignancies, according to health experts.

According to a 2018 study including over 105,000 adults, increasing the dietary proportion of ultra-processed foods by 10% was associated with a substantial 12 percent higher risk of general cancer and an 11 percent greater risk of getting breast cancer.

Foods that have been ultra-processed are high in saturated fat, added sugar, and salt, but poor in preventive elements like fiber, vitamins, and minerals. Ultra-processed foods may also include potentially carcinogenic substances generated during processing, such as heterocyclic amines and polycyclic aromatic hydrocarbons.

Some food additives and chemical contamination from product packaging may also contribute to the elevated cancer risk linked with ultra-processed food intake.

Aside from cancer, ultra-processed food consumption has been linked to a variety of other chronic illnesses, including type 2 diabetes and heart disease, as well as an increased chance of mortality from any cause. To lower the danger of acquiring these illnesses, it is essential to restrict the intake of ultra-processed items as much as possible.

Though numerous variables, including those beyond a person’s control, might impact a person’s risk of having cancer, evidence indicates that particular dietary patterns and foods may raise the risk of acquiring particular cancers.

There is evidence that ultra-processed meals, processed animal products, high-salt diets, and consuming scorching drinks may raise the risk of cancer development.

Although scientists still have a lot to understand about how diet influences cancer formation and progression, dramatically limiting or eliminating certain items, as well as modifying dietary habits, will most certainly enhance general health. This may also lower a person’s chances of acquiring certain malignancies.