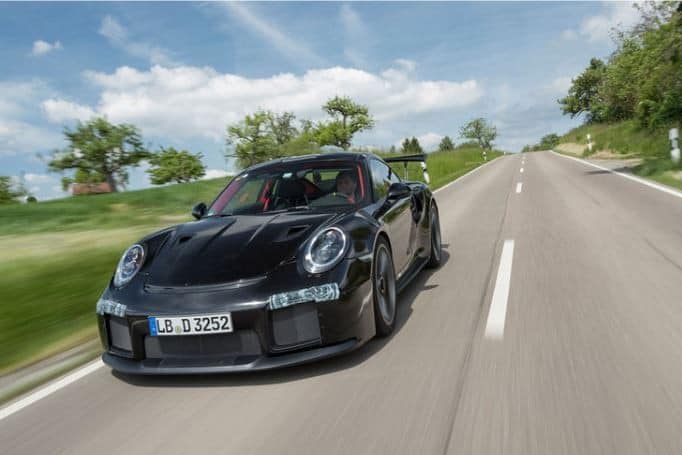 Porsche announced the new record in a press release. It was reported that Racer Leh Keen was driving and broke the earlier record by 13.6 mph. He drove at a speed of 102.65 mph in New Orleans, Louisiana.

Leh was astonished and overwhelmed by the new record. He thanked the Porsche for showing their trust in him. He said that he himself was surprised to know that he was driving at 102 mph, that too, inside a building. He said he never bothered to look at the speed while driving. He is glad he broke the previous record with such a margin.

According to Guinness, this is the fourth world record by Porsche. The luxury car company has other world records as well on their name. The records include the title for the longest vehicle drift in an electric car, the heaviest aircraft pulled by a production car, and the fastest vehicle slalom.

Taycan, the electric car by Porsche, possesses a maximum of 750 horsepower. Its four wheels are said to drive to maximize grip. It has carbon-ceramic brakes. The car can accelerate to 60 mph from a standstill. It takes only 2.6 seconds to get a start and accelerate to that speed.

According to Porsche, the guidelines were very strict. The start and finish of the drive should be at a standstill. Everything should be done within the provided space of the building. Moreover, Leh was not allowed to have any safety nets, or open doors or even a run-up. The rules were a challenge.

When Leh go through Guinness’s parameters, he decided to drove Porsche Taycan Turbo S. The Taycan has the desired specifications for the challenge set by the Guinness.

After that, a building needs to be picked up for indoor driving. The Ernest N. Morial Convention Center was the best fit for the purpose. The convention center is the largest contiguous exhibit hall in the United States.  This was ideal for the distance to be covered. But the challenge was that the concrete surface was polished. This is going to be tough on the point where Leh needs to start and finish the drive from a standpoint. The seemingly frictionless floor somewhat aggravated the challenge.

After hitting the Guinness record on the prescribed parameters, Leh exclaimed that he didn’t appreciate the record attempt’s scale earlier. He only realized this when he hit his first extraordinary run.  According to Leh, the polished surface was unpredictable and over the more too slick that he can only trust his car, for that matter. He said it felt as if he was driving on ice, the car was picking speed, and then there is a really hard wall just before you. One has to press the brake while sliding on ice just before the wall is reached.

No wonder breaking a previous record with such guidelines was not trivial. Though Leh chose his car wisely. The pick-up and halting were magnificent. The wheels were amazing with their grip. And the task was completed with surprise and joy. Finally, after 2013, the world record for indoor driving was broken by Porsche Taycan Turbo S., And racer Leh Keen along with the luxury car company Porsche is overwhelmed with another record.