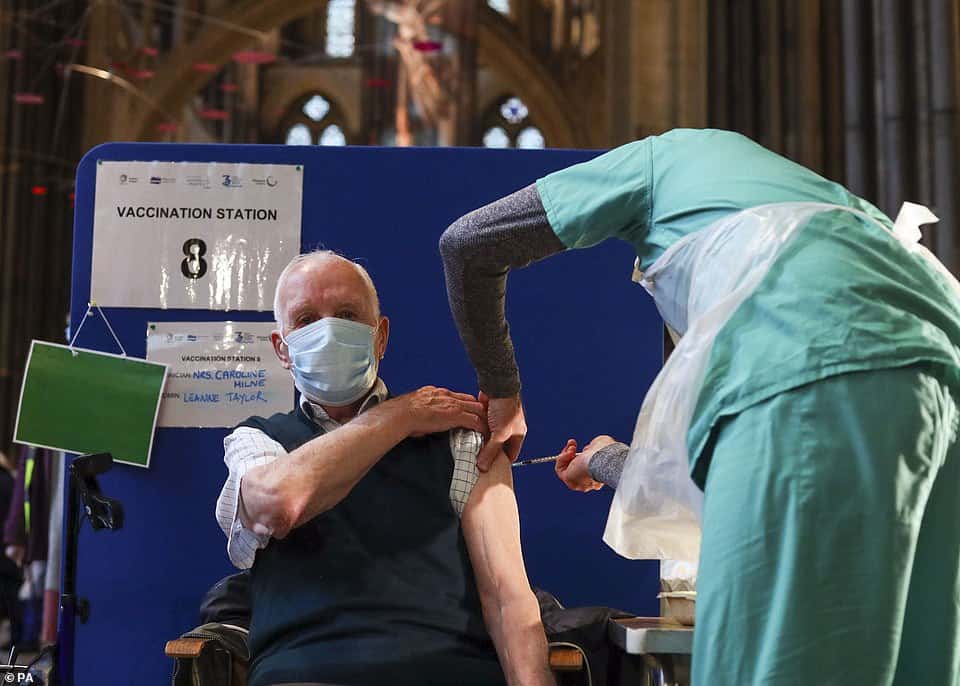 As fears grew that the US may be hit with the fourth surge of Covid-19 cases, health experts were urging Americans to continue taking precautions until they were fully vaccinated.

CNN Medical Analyst Dr Leana Wen called on Americans to wait until they were fully vaccinated before they engaged in high-risk activities and before traveling. She added without doubt, when one had been vaccinated, the higher risk activities before the shot became lower risk so they needed to wait till then.

Wen said she worried that the US was on the verge of a fourth surge as data showed that younger Americans mostly were now getting infected.

Dr Anthony Fauci had the same worries and advice. He told NBC Nightly News that while he too  was feeling some Covid-19 fatigue  himself but  it was important  that the US continued taking precautions even as  the vaccine  was  being  administered.

He added the US needed to hold out a bit longer to give vaccines a chance to gain the upper hand. He added he would guarantee that as it got into the late spring and the early summer, the US would return to a degree of normality that everyone was looking for. He added, but the US did not want to do it prematurely.

Among the factors that had health professionals worried most was the coronavirus variants spread in the US.

Meanwhile, on Thursday Michigan said it had  identified the first case of a strain that had first  been identified in Brazil, which  added  to reports of the spread of variants in the US. That spread coupled with relaxation of social distancing measures and mandates across many states contributed to the prediction  of a higher number  of deaths by  the virus  by July 1 by an influential model.

According to the forecast last week by the University of Washington’s Institute for Health Metrics and Evaluation (IHME) 600,000 people would die by the start of July, while this week that  number was 609,000.

According to the IHME relatively small changes in behavior could have a profound impact on deaths in the near term.

According to Johns Hopkins University, the US had seen over 30.5  million people infected with coronavirus with 553,120 deaths.

However, fully vaccinated Americans  would be  able to celebrate Easter in resemblance that would have a greater sense of normal, according to commentators.

For those that were not fully vaccinated, the CDC advised that they confined themselves to their own household for egg hunts. They could also enjoy the traditions outdoors while six feet apart, according to tweets.

According to the CDC it was still  learning  how vaccines  protected against the coronavirus and advised that fully vaccinated people going out in public wore masks  and took precautions until the agency knew more.

Officials and experts want Americans to get vaccinated quickly.

CDC data showed that round 154 million Covid-19 vaccine doses had  been administered across the country, and  nearly 30 % of the  population which was about 99.6 million people had received at least one dose of vaccine, with nearly 17% around 56 million people having been fully vaccinated.

Meanwhile, according to Pfizer/BioNtech the protection offered by their vaccine remained high for at least six months.

Speaking on CNN  Friday, Wen said that level of protection was the floor, not the ceiling definitely.

She added that most likely the protection would even extend  to years  but  it was just  not known yet.

“I do think there’s a possibility that we may need to get a booster shot. Maybe booster shots that target new, emerging variants,” Wen said. “But I think that’s a small price to pay now that we have these safe and very effective vaccines that are out there.”

The protection from those vaccines will soon be available to many more people as states expand their eligibility.

Thursday was the first day all Connecticut residents 16-years-old and older were eligible to be vaccinated, Gov. Ned Lamont said during a press conference.

Residents made more than 100,000 vaccine appointments, Lamont said, and the state will likely have the supply to outstrip demand by late April.

All Maryland residents 16 and older were able to pre-register for an appointment at a mass vaccination site Thursday, Gov. Larry Hogan said.

“The first federal mobile vaccination units in the nation, arrived at the Maryland Emergency Management Agency headquarters in Reisterstown,” the governor said Thursday. “In the coming days, these 32-foot trailers will be fanning out across the state.”

Maine moved up the date that all adults are eligible from April 19 to April 7, Gov. Janet Mills announced Thursday.

“While this is a great step forward, Maine people should keep in mind that it will still take time to get an appointment and get a vaccine. We will continue to work with vaccine providers across Maine to get shots into arms as quickly as we can,” the governor added.