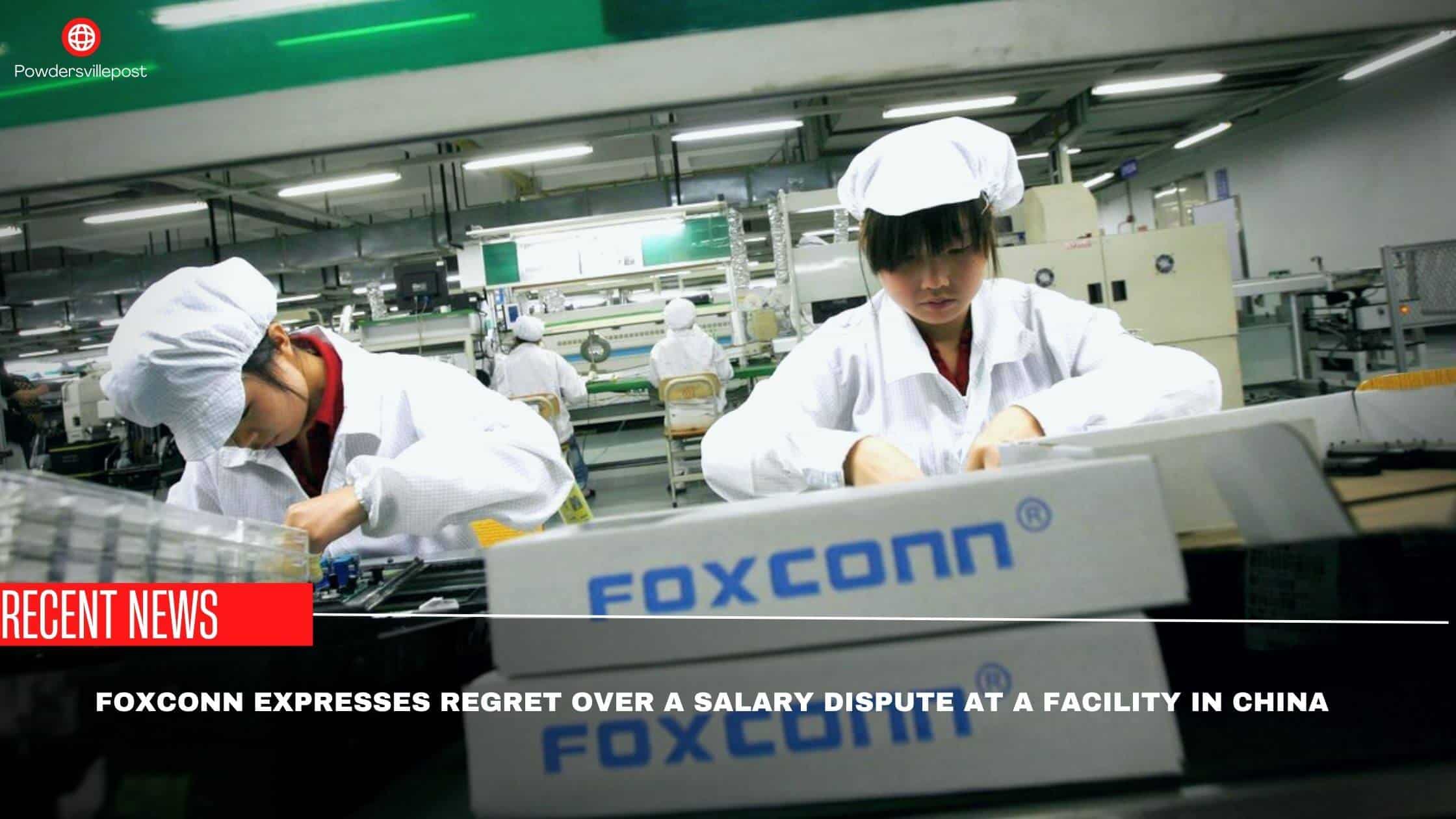 Foxconn – The company that assembles the iPhones of Apple Inc apologized on Thursday for the pay dispute that erupted in violent protests on their premises.

Videos surfaced on social media where police officials in white protective suits were seen physically abusing workers during the protests in the Zhengzhou region which is already inflicted with pandemic restrictions that have slowed down production.

The electronics manufacturing company was trying to rebuild its workforce after many employees left the company last month complaining about restrictions and unsafe working conditions.

The protests on Thursday were based on the newly recruited employees complaining about Foxconn Technology changing the terms of wages that were advertised to them to attract more workers in the factory in the city of Zhengzhou.

Workers Misled Got Over Compensation Benefits

Many workers claimed that they were misled over compensation benefits at the factory and voiced concerns over sharing dormitories with colleagues who had tested positive for Covid.

According to the reports Foxconn advertised to offer 25,000 yuan ($3,500) for two months of work. Which is approximately 50 percent more than its highest wages usually give out.

Employees complained that after they arrived they were told to work an additional two months at lower pay to receive higher wages.

Reports later emerged that Foxconn was offering up to 10,000 yuan ($1400) to the new hires if they leave the factory in a bizarre turnout of events. The move was seen as an attempt to appease the enraged recruits who were behind the rousing protests at the factory.

The company stated that employees who leave the company will receive unspecified “care subsidies” that are expected to help smooth the journey home for employees. These new hires were recruited with the help of the local government and the company suspects them of fuelling the tensions in their ranks.

Foxconn issues a public apology citing an input error in their computer system as the cause for the pay issue and offered a guarantee that the actual payment will be the same as mentioned on the official recruitment posters. The statement also mentions their oath to actively solve the concerns and reasonable demands of the employees.

Apple said that they had people at Foxconn’s Zhengzhou facility and that they were reviewing the situation and working closely with the company to ensure the concerns of their employees are addressed.

Disputes at Zhenzhou ensured amidst the ruling Communist government trying to contain a surge in their Covid cases without shitting down factories as it did at the beginning of 2020.

🔵 China Has Constructed A Quarantine Facility For Foreign Visitors

The state is trying out a “closed-loop management” where employees of similar factories are expected to live at their workplaces and avoid outside contact.

The official authorities had promised the previous month to reduce economic disruption in the state by cutting down quarantine times and making changes to the national “Zero-Covid” strategy.

The rising Covid cases are still forcing the authorities to quarantine the hotspots and factories and close office buildings, shops, and restaurants in many parts of the state.

More than 6.6 million residents living in eight districts of Zhengzhou were told to stay home for five days. Mass testings for Covid infections were also ordered to curb the spread of the next wave of the virus in the region.

Apple had warned earlier that deliveries for their new iPhone 14 would be delayed after employees quit their posts last month due to the mounting Covid crisis in the state.

Foxconn is expected to see more than 30 percent of their factory’s November production affected as the worker troubles started late in October that cause internal problems affecting a similar percentage.