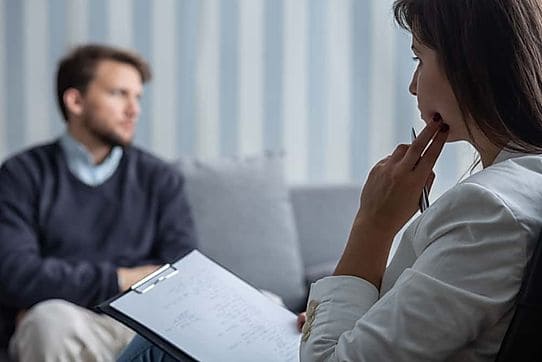 Depression is a state of low mood and aversion to activity. It can also be said as loss of interest towards some activity even though they can carry out with the daily routine, but it will be difficult to have the interest to do the activities. Depression can affect the thoughts of people, behavior, motivation, feeling, happiness, and a sense of well-being. The core cause for this disorder is said to be anhedonia, which is nothing but a person who loses motivation or interest in doing a certain activity that they feel happy about or finds pleasure in it. The common symptoms of this disorder are mood disorders such as major depressive disorder or dysthymia.

Gene Study Helps In Understanding The Cause Of Depression

It is common to experience depression when a person experiences depression by losing their loved ones and it might also be the side-effects of some medications after the surgery, which can make the people lose confidence in them and stop believing themselves to achieve something. It can also happen because of the constant failures in life so that they start doubting themselves and also it happens when a person undergoes some tragic experience which might not only be death.

People with depression spend most of their time sleeping and it can also cause suicidal thoughts. The only type of treatments available for depressions are therapies and some pills, which might help in the reduction of this disorder as this is a mental disorder.

As per the recent study, the researchers have pointed out 178 gene variants that are linked to major depression and also mention that these findings can be used in the treatment of the disorder that affects 1 in 5 people. The study was done by analyzing the genetic and health record of 1.2 million people from the three databases from the United States of America, The United Kingdom, and Finland databank from the customer company 23andMe. These findings were then crossed checked with analysis that was conducted on separate 1.3 million people who volunteered for 23andMe company.

The results of these findings were then published in the journal Nature Neuroscience on May 27. The co-lead study author Daniel Levey, an associate research scientist at Yale University in New Haven, Conn states that it is so heartening that we could almost replicate the findings in independent datasets. This shows that replication is a hallmark of good science and this paper shows that how reliable and stable results from genome-wide association studies are becoming.

Depression is like many other mental disorders, which are generally complex and involves a variety of combinations of gene variants. The co-senior at the same University also stated that because depression is a combination of many gene variants, they were not surprised about how many variants they found and they also mentioned that they do not know how many more they would discover, maybe hundreds or even thousands.

The researchers also mentioned that the size of this study also helps us in finding out the development of genetic risk scores to identify the people who are at most risk of developing major depression and other psychological disorders such as anxiety or post-traumatic stress disorder (PTSD). They also mentioned that doing research and studies on the genetic variants linked to depression can also be helpful in developing potential drug treatments.

They also gave an example of the amyotrophic lateral sclerosis (ALS) drug riluzole modulates glutamate transmission in the brain. Several gene variants linked to depression in the study affect the glutamate system. The main goal of this research was to discover a method to treat patients who are suffering from depression, said the co-senior author Dr. Murray Stein, a staff psychiatrist at the VA San Diego Healthcare System and a professor of psychiatry and public health at the University of California, San Diego.