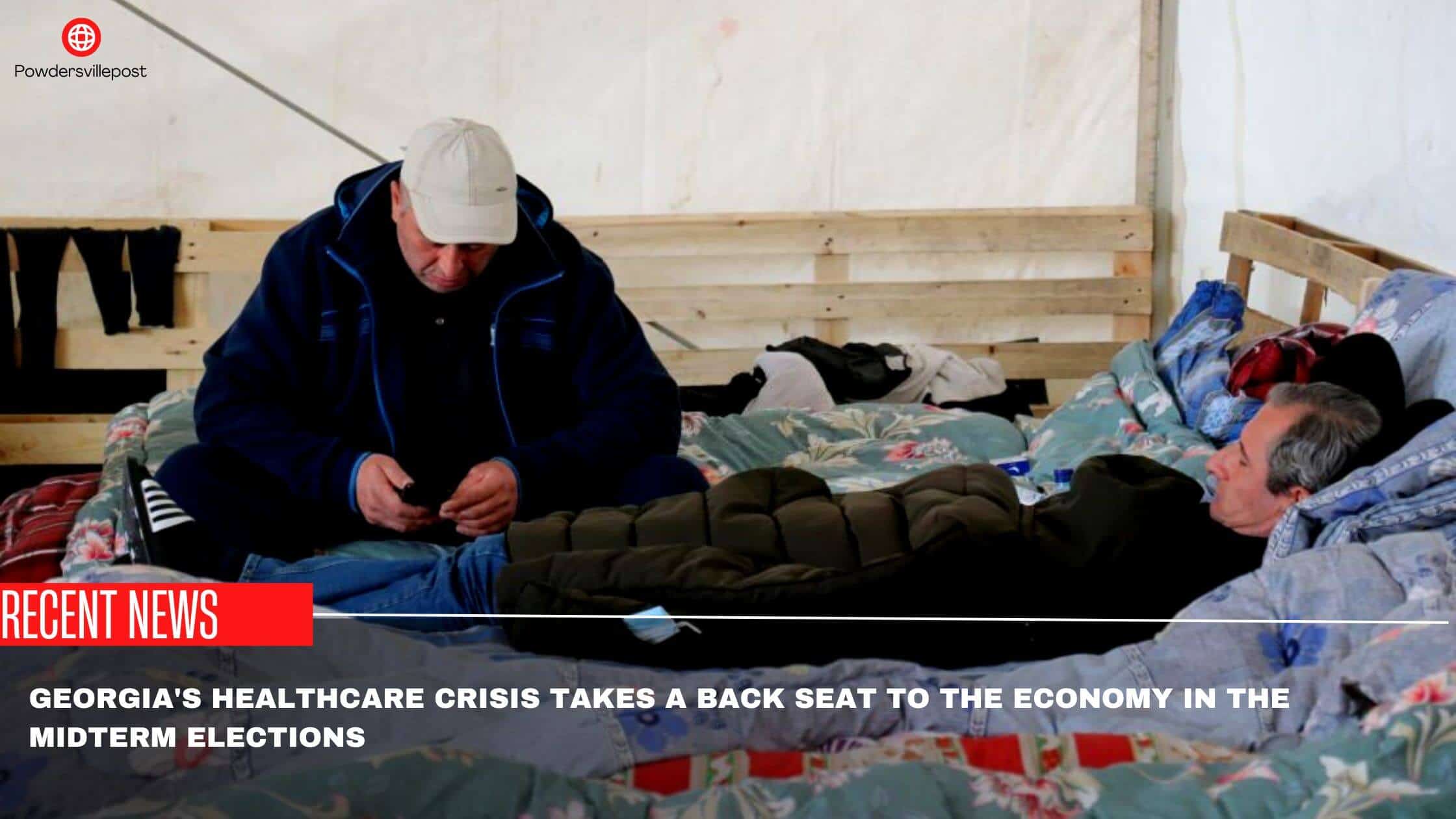 Amidst cases of hospital closures, abortion restrictions, limited Medicaid options, and increased medical expenses, democrats in Georgia are trying to pull in voters for the midterm election. Even the loyal democrats are facing a challenging situation with the overall inflation and healthcare crisis in the US.

June Barlow Callaway (73) had been working as a food service contractor for the Atlanta Medical Center in the downtown area. The hospital closed down last week and around that time Callaway learned that she had throat cancer. After her diagnosis, she decided to call it quits on her job after 22 years of service. She says that she is too old to be hired and also her health doesn’t allow running around anymore.

Barlow is one among many loyal democrats of Atlanta and Atlants is facing one of the highest inflation rates around 11.7 percent, second to that of Phoenix. The national inflation average is 8.2 percent which is lesser than that of Atlants.

This scenario is creating difficult living conditions for people like Barlow who is currently thinking of getting a roommate so that she can manage the expenses. Barlow, who is unmarried, is currently living with her cousin in her four-bedroom home in Atlanta where healthcare, electricity bills, mortgage payments, etc. have all shot up because of the inflation.

As these problems loom above the voters, Democrat politicians are finding it harder to allure voters using healthcare packages alone. The promise to reduce healthcare costs isn’t making any impact among voters as their basic day-to-day expenses have swelled up because of inflation.

According to a Quinnipiac poll in October, voters in Georgia ranked inflation (43%) as their number one priority. The vote is also divided heavily among party lines as most republicans (73%) ranked inflation as the number one issue and democrats put abortion as an issue (23%), but it didn’t rank up to inflation.

The Democrat leaders Raphael Warnock and Stacey Abrams have been tightly pushing on their campaigns addressing the health care access and six-week abortion ban imposed in Georgia by Republican Gov. Brian Kemp. Kemp, who is running for reelection, has been blocking additional federal funds for expanding the Medicaid program which would give low-income Americans access to proper healthcare.

🔵CDC Wants To Change ‘Outdated’ Rules In The Time Of Crisis!

Last month, Abrams had accused Kemp of squandering $15 billion pandemic aid that was declared by congress to improve the conditions of patients under Medicaid. She said that the funds could have largely improved the conditions of the people in Georgia. She also drove from Atlants medical center to Macon, which was around 85 miles, and expressed her concern that this much distance to reach the nearest Level 1 trauma center had put people’s lives at risk.

Kemp administration on the other hand used the Medicaid expansion targeting around 50,000 people and used the federal pandemic aid fund as cash payments to low-income groups and distributing around $1 billion to more than 3 million people. One of their major campaign issues for Kemp was the economy.

According to the data available from the Labor Department, around one-third of rural hospitals in Georgia are at risk of closure, also the cost of healthcare has risen up to 6 percent more than that of last year. Georgia Board of Health Care WorkForce reported that out of the 159 counties in Georgia, almost half of them don’t have the service of OB-GYN (Obstetrics and Gynecology).

Liliana Bakhtiari, Atlanta city council member and an Independent, said that Wellstar had bought 5 hospitals in Atlanta. Two of these were in a low-income majority-minority area. Wellstar ultimately closed down these two and maintained the three belonging to the North Fulton area where more affluent and predominantly white people reside.