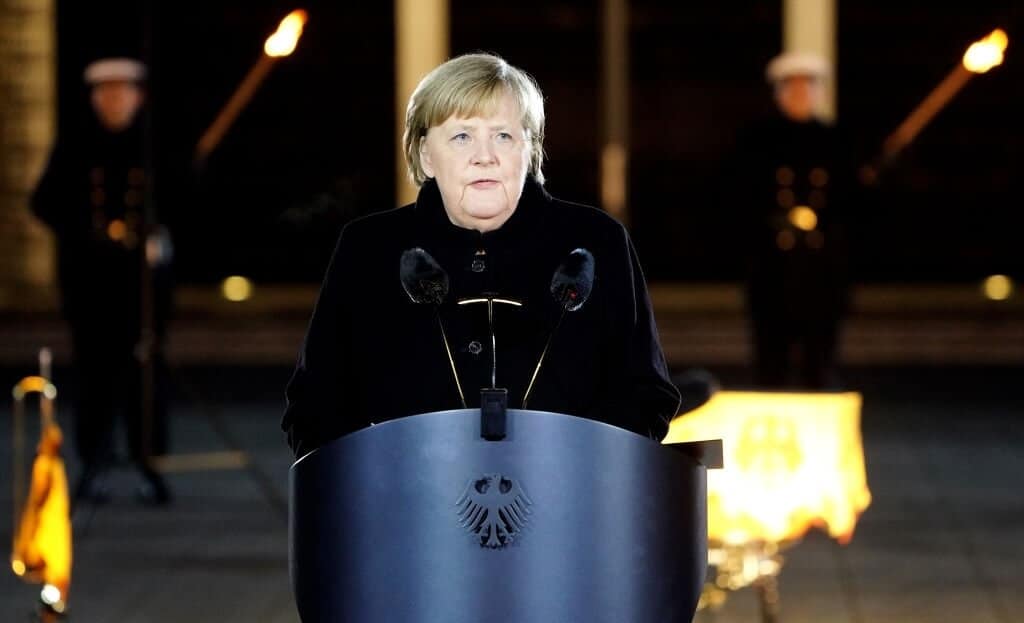 The German Chancellor at her last address to the nation stated that people should take the coronavirus more seriously and get vaccinated as quickly as possible. Angela Merkel who is the current chancellor will leave the office this week and the position will be taken over by Olaf Scholz who is currently the vice-chancellor of the Social Democratic Party.

Merkel addressed the nation through a video conference and gave a series of instructions to the people asking them to get a vaccination to socially distance themselves in public.

Germany is currently witnessing the third wave and is seeing more than 48,000 positive cases on a daily basis. As per health care professionals, 69% of the people in Germany are fully vaccinated however, the government officials stated that they hoped to achieve at least 75% by the start of December.

Government officials have stated that people who are not vaccinated won’t be able to enter any of the public places and will isolate them.

Most of the hospitalization is for people who have not taken the vaccination and they are helping the virus to spread to other people as well. Saturday saw the worst increase in the cases in Germany with an average of 64,500 cases which met the all-time high in April. As per the data around 442 people test positive among 100,000.

The death rate in Germany is in the range of 350 – 400 every 24 hours. Merkel in her address stated that many people have lost their loved ones and friends as well and the losses will continue if they don’t get the vaccines. Even if it is a booster shot Merkel has urged the citizens to get it and not wait for the officials to come to their home asking for it.

The German government is currently blaming the unvaccinated for this large number of cases in the country and Merkel has requested even if it is the first dose people should go and get it as every vaccine would count against the virus.

Scholz stated that the first priority of the government would be to set up more vaccination areas so that people need not travel far for the same. On Friday many of the people who oppose this vaccine mandate policy gathered around the State Health minister‘s house and protested. However, as soon as the police got there the crowd dispersed and no one was arrested.

One of the major concerns for the German government is that a small fraction of the people is opposing the vaccines which could lead to more cases in the future. Vaccination will help to keep people away from the hospital and even if they are infected with the virus they can get treated very easily. This will get the load off the doctors and nurses and they can concentrate much better on people who have major issues.

Germany has asked WHO (World Health Organisation) to arrange more vaccines for their country as many of the people are now requesting for the booster dose and the current supply is not able to meet the demands. Just like the US, Germany has started with kids vaccination and also has started booster shots as well.

Many of the IT companies are now thinking of postponing their back to office situation which was originally slated to start in January. Allianz the biggest company in Germany stated that they will only resume operations when it is safe for their employees to come back to the office. People are currently looking for vaccines and booster shots at doctor`s clinics and health care facilities.