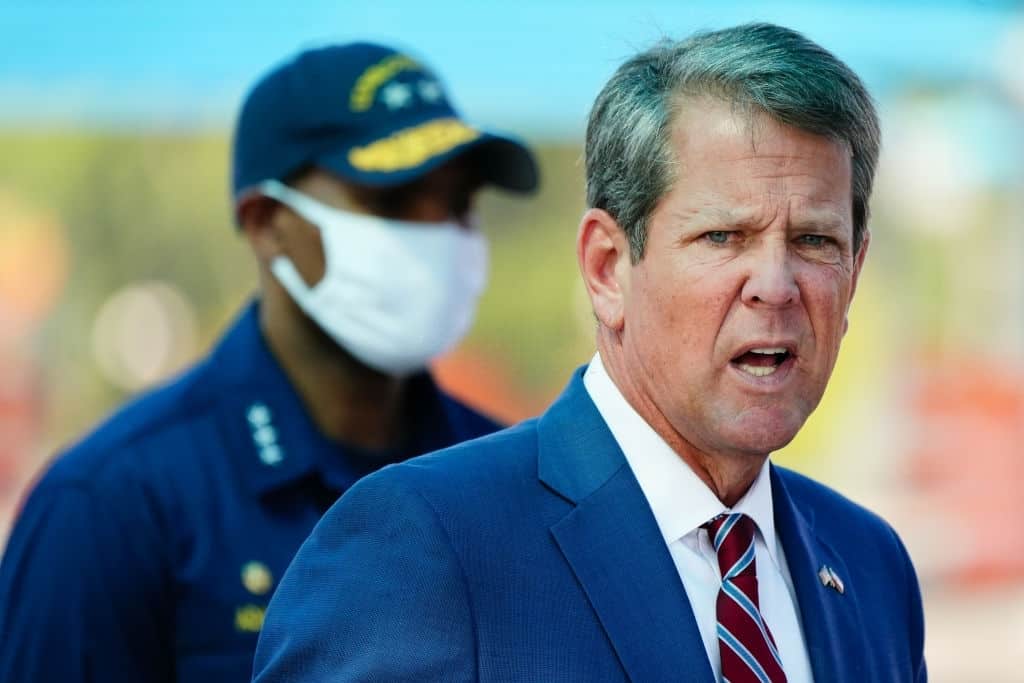 Brian Kemp attended the White House Christmas party on Friday, along with his daughter. He tweeted that he had a great time at the White House Christmas party with his daughter Lucy and wished everyone a Merry Christmas. He also posted photos of the event along with his tweet. This drew a slew of criticism in social media as he was publicly criticized by Trump several times in recent weeks.

Many people were surprised by this move of Kemp as he was openly criticized by Trump after Georgia Gov. failed to overturn the election results in the State. Trump was vocal in showing his disappointment about Kemp not doing enough to overturn the election results. Trump even called Kemp a “fool” and “clown” on many occasions after the elections. Not stopping at that, Trump also said that Kemp was one of the worst governors of the country and called him a RINO, which meant “Republican in name only.”

Even on the morning of the Christmas party, Trump had tweeted about the election results and said that Kemp should call a special session of the Georgia Legislature to challenge the outcome of the elections in the state. He said that Kemp should act immediately on this as it was so easy, and this would give the party one state. In another tweet sent on the morning of Christmas Party, Trump had called Kemp a “so-called Republican.”

Political podcast host Edward Hardy commented on Kemp’s tweet and called him “beyond spineless.” He said that Kemp attended the White House Christmas party even after being repeatedly humiliated by Donald Trump.

The event itself drew criticism from several corners as many people felt that such a party was not needed at this stage when the entire country is reeling with a rising number of coronavirus cases. The daily infections have reached new highs, and a record number of deaths are reported every day for the last few weeks. Given this situation, Trump is also criticized for holding such parties at the White House as it is setting a wrong example for the rest of the country during the festival season. This comes even as the CDC has cautioned that a huge spike in new cases will be seen after the festive season.

Other critics also slammed Kemp for attending the White House party and said that throwing CDC guidelines to the wind and partying with the person who called him clown did not make any sense for Kemp. Many people had similar opinions on social media about Kemp after he tweeted about the party.

Other reporters also pointed out the hypocrisy of Kemp as he had recommended residents of Georgia to cut down on the holidays and celebrations to avoid the spreading of the virus during the festive season. After making such public claims, he attended the party with his daughter, which sets a wrong example for other people.

Kemp also felt the heat of criticism coming from all corners, and his spokesman Cody Hall responded to the criticism by releasing a statement. Cody Hall said that the governor and his daughter were using masks all the time during the White House Christmas party, and they removed them only for taking pictures. Apart from that, Hall also mentioned that the entire event was conducted in a responsible manner, and social distancing was followed to allow smaller groups at one time in the event.

Several supporters of Trump had other reasons to criticize Kemp. They felt that the Governor should do more to overturn the election results in favor of Trump. Some of the right-wing supporters even demanded that Kemp should be arrested for his actions as a governor. The event had brought nothing but criticism from all corners for the Governor.