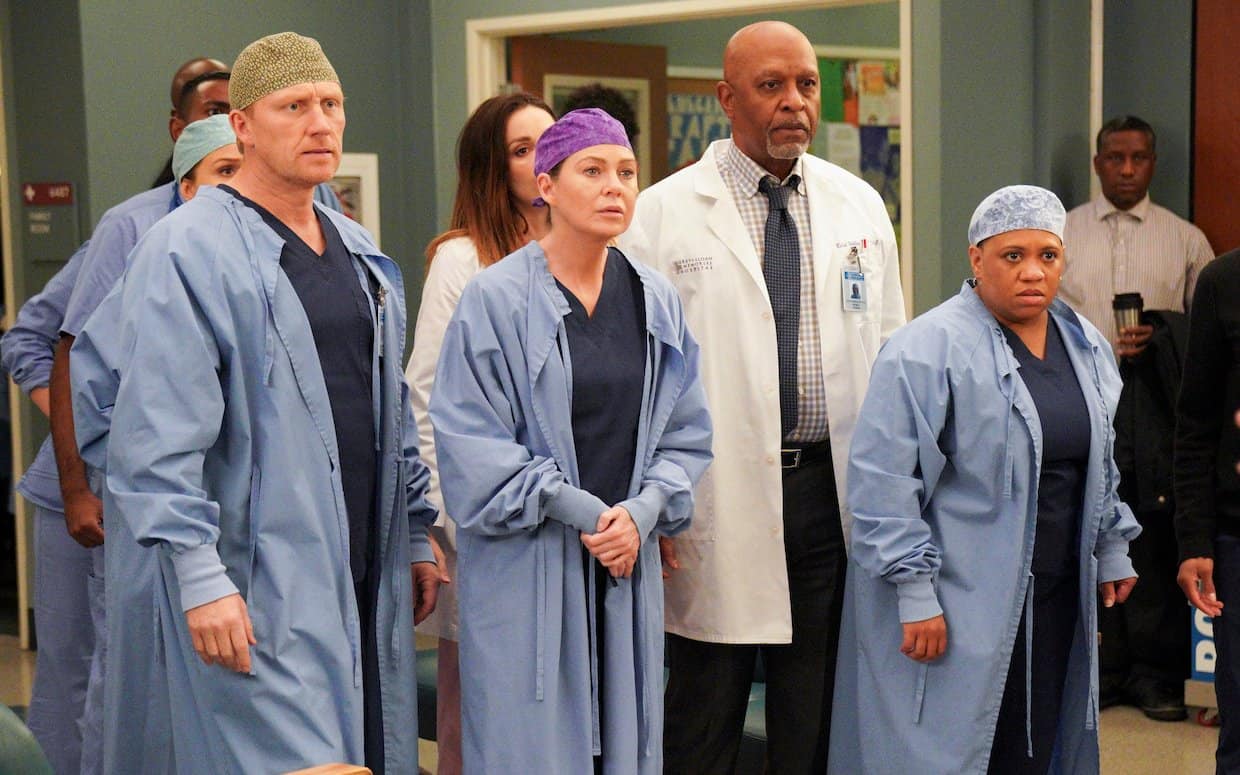 The Season 17 premiere of Grey’s Anatomy revealed the surprise appearance in it. The whole episode was dedicated to healthcare workers who had worked and serviced during this pandemic. The few seconds at the end of the two hour episode produced a return of a beloved character, Patrick Dempsey as McDreamy in a dream sequence, five years after his death. The tragic death of the beloved character in an April 2015 episode had left fans heartbroken.

The late McDreamy appears in Season 17 in a dream sequence, joining Ellen Pompeo’s Meredith Grey on a beach seconds after Meredith collapsed in the parking lot of Grey Sloan Memorial. The Meredith-Derek reunion was the joyous moment of the two hour premiere of Grey’s Anatomy season 17. The season 17 was also dedicated to frontline healthcare workers.

The star Ellen Pompeo who has appeared in the medical drama from the very beginning, had signed on for not just one, but two more seasons of the show at the beginning of 2018. Initially, she wasn’t planning on appearing in the upcoming chapter, but decided to extend her contract by a year. “I like my situation here. As much as the idea of something new appeals to me the truth is, I have three kids. I don’t really want to travel and leave them. I don’t want to be a circus traveller and live in hotels. And the network and studio continue to incentivise me and just make me offers that I can’t refuse”, she said in a TV show.

The making of the final four episodes of season 16 was paused due to COVID-19 pandemic. Since 2005, for the first time in 15 years, September came and went without a new season of Grey’s Anatomy. So for many fans it simply didn’t feel like fall without the doctors of Grey Sloan Hospital Onscreen. Now, the full crew were back to set adhering to social distancing guidelines. The two hour event of season 17 hitted the screens of November 12, Thursday on ABC in the US. In this season, Giacomo Gianniotti  returned as Andrew DeLuca, alongside Jackson Avery (Jesse Williams), Maggie Pierce (Kelly McCreary), Miranda Bailey (Chandra Wilson), Amelia Shepherd (Caterina Scorsone), and Richard Webber (James Pickens Jr). The whole storyline looked at Meredith and Bailey and the other hospital workers battling the coronavirus with a PPE shortage and increasing COVID deaths.

“The most important task we had this season was to honor the reality of this global pandemic and the impact it’s having particularly on healthcare workers. Along with that we had to come up with creative ways to allow our show to still be fun and romantic and provide some escapism. The beach motif which will continue beyond the premiere provided a way for us to live outside the pandemic even for a little while here and there. And Derek’s return provided pure joy for us, for Meredith, and for the fans”, said EP Krista Vernoff , the showrunner.

“Season 17 has been a Herculean effort by our cast, our crew, our writers, and our partners at Disney and ABC and we are proud of it. But our effort is nothing compared to the work of our Frontline healthcare workers to whom this season is dedicated. We hope our show inspires you to wear your masks to protect them and each other. As Derek Shepherd would say, ‘It’s a beautiful day to save lives”, he added. Fans were left with plenty of questions after the COVID-19 outbreak led to production abruptly coming to an end in March. The actor Jake Borelli who plays Levi Schmitt explained to the fans, ” We were cut short by the pandemic and obviously caught off guard by that. So when we start season 17, there’s actually going to be two time periods going on. We jump five weeks and start deep into the pandemic in Seattle, so several things have already happened to our doctors. Then we also flashback to these crazy cliffhangers that we left everyone on at the end of Season 16. We definitely get to wrap up those stories and alo continue those stories. A lot of that flashback footage was shot back before the pandemic started”. As said by Jake Borelli, the Season 17 Focused on the effect of COVID-19 on frontline health workers.