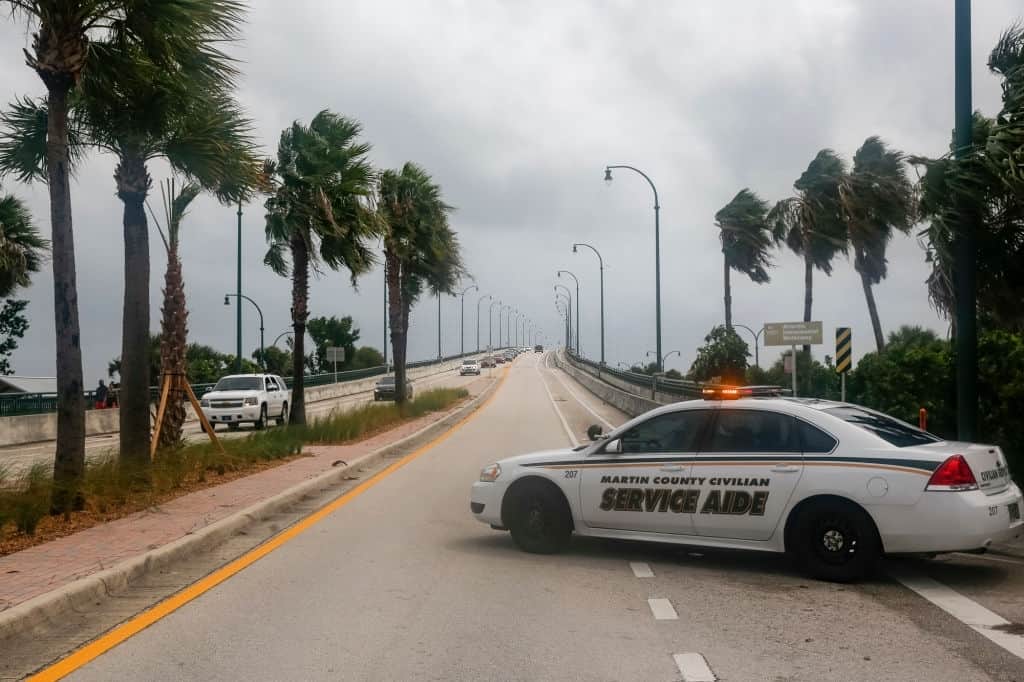 Even as the country is reeling from the effects of Hurricane Laura, the Gulf Coast is looking at Hurricane Sally, which is termed as a Category 2 violent storm. It has churned north and is expected to bring heavy rain along with dangerous storm surge from Louisiana to Florida. It is likely to be accompanied by howling winds.

Hurricane Laura had left more than a third of Louisiana as a disaster zone about three weeks ago, and Hurricane Laura is expected to take a similar path. Louisiana Governor John Bel Edwards said that this storm has come out of nowhere and everyone needs to pay attention to this and take it seriously to avoid any sort of damage to life and property. Even the National Hurricane Center said that Sally has the potential to cause life-threatening surges and the hurricane-force winds along with flash flooding can cause a lot of destruction. The landfall is expected in Southern Alabama or Mississippi on Tuesday, and the wind speeds can go as high as 110 mph. However, it was still not clear if the centre would move onshore after making the landfall.

According to the Hurricane Center, the warnings are issued for the regions of Louisiana to Navarre, Florida and New Orleans. It is expected to bring about 8-16 inches of rain, and some areas can be submerged under two feet of water. The center has also not ruled out the possibility of life-threatening flash floods apart from chances of major flooding on area rivers. It is also expected to bring heavy rainfall according to the forecast given by the Hurricane Center. The Governor of Louisiana advised people to prepare for the storm at the earliest and the authorities have already made arrangements to shelter 13000 evacuees. Most of the people are currently stuck in various hotels in New Orleans, and this comes in the path of Hurricane Sally.

The Governor also added that even though New Orleans is better prepared to handle the situation than before, they will still have problems when it rains 18 inches in about 10 hours. He expected that Aspen, Colorado, would be facing flooding issues. While expressing his concerns about the situation, he also said that he is not paralyzed by the situation and the authorities are making the best possible arrangements to handle the disaster. Parish residents got an evacuation order from Mayor LaToya Cantrell, and those living outside the parish’s levee protection system and residents of Grand Isle in Louisiana were asked to evacuate immediately to avoid any harm in future.

The Homeland Security and Emergency Preparedness Director Collin Arnold told that residents have to take this storm very seriously as this can do a lot of destruction if suitable protective measures are not taken on time. During the recent disaster caused by Hurricane Laura, tens of thousands of residents were displaced and power access was cut to more than 82000 people in Lake Charles and Louisiana. According to official figures, more than 210000 households did not have clean drinking water due to the storm. Some of the previous storms Barry, Cristobal and Marco, turned out to be duds and they did not cause damage beyond a point. However, meteorologists warn that they should not take Sally lightly as it has the potential to cause a lot of damage.

It is a category 2 storm, and it is likely to bring in heavy rains accompanied by strong winds. Even during the recent Laura, most of the damage was caused by heavy winds rather than rains and meteorologists say that luck may not be in their favor this time as Sally is expected to have a landfall with heavy winds. It can bring heavy rainfall in the next few hours. After making the landfall on Tuesday, Sally is expected to move over Alabama, Mississippi and parts of Florida on Tuesday and Wednesday. Its current speed was about 100 mph, and it was heading west-northwest at 6mph. Mississippi officials warned that the storm would coincide with high tides and this can bring a huge storm surge. Residents of coastal regions in Mississippi are ordered to evacuate before early morning as this can cause some flooding in the region. Even residents of low lying areas are suggested to leave for safe areas during this storm.

Experts warn that the region could expect about 11 feet of storm surge and it has flooded low lying areas within a matter of a few hours. Residents of the coastal region said that they always took the storm in the Gulf coast seriously as they have seen the damage it can do in the past. Some people who had boats are putting them into the safe harbor, and they are making suitable arrangements to move out of the region. South Florida already got a glimpse of the Hurricane Sally on Saturday as it got nearly 12 inches of rainfall and some areas were also given flood advisory due to heavy rains. Meteorologists warn that heavy rains will be the big problem this time, especially in the coastal regions and it can bring large surface-breaking waves. Apart from that, heavy winds can do further damage as it can easily destroy power lines and uproot trees in the region.

Forecasters said that about five tropical cyclones are swirling simultaneously in the Atlantic basin and this is not a common occurrence as the last one was seen in 1971. Hurricane Paulette is seen moving away from Bermuda, and this can cause some storm swells in the East Coast. Rene, a tropical depression is making its way towards the southwest. Along with that, Tropical storm Teddy is moving northwest and gaining strength. It can become a major hurricane in the coming weeks and has the potential to cause some damage. The authorities are trying their best to evacuate people, and even during the previous hurricane Laura, not much loss was seen in terms of lives, and this was due to the proactive measures taken by the authorities. If the residents cooperate with the authorities, they can easily get through this storm in the coming weeks.