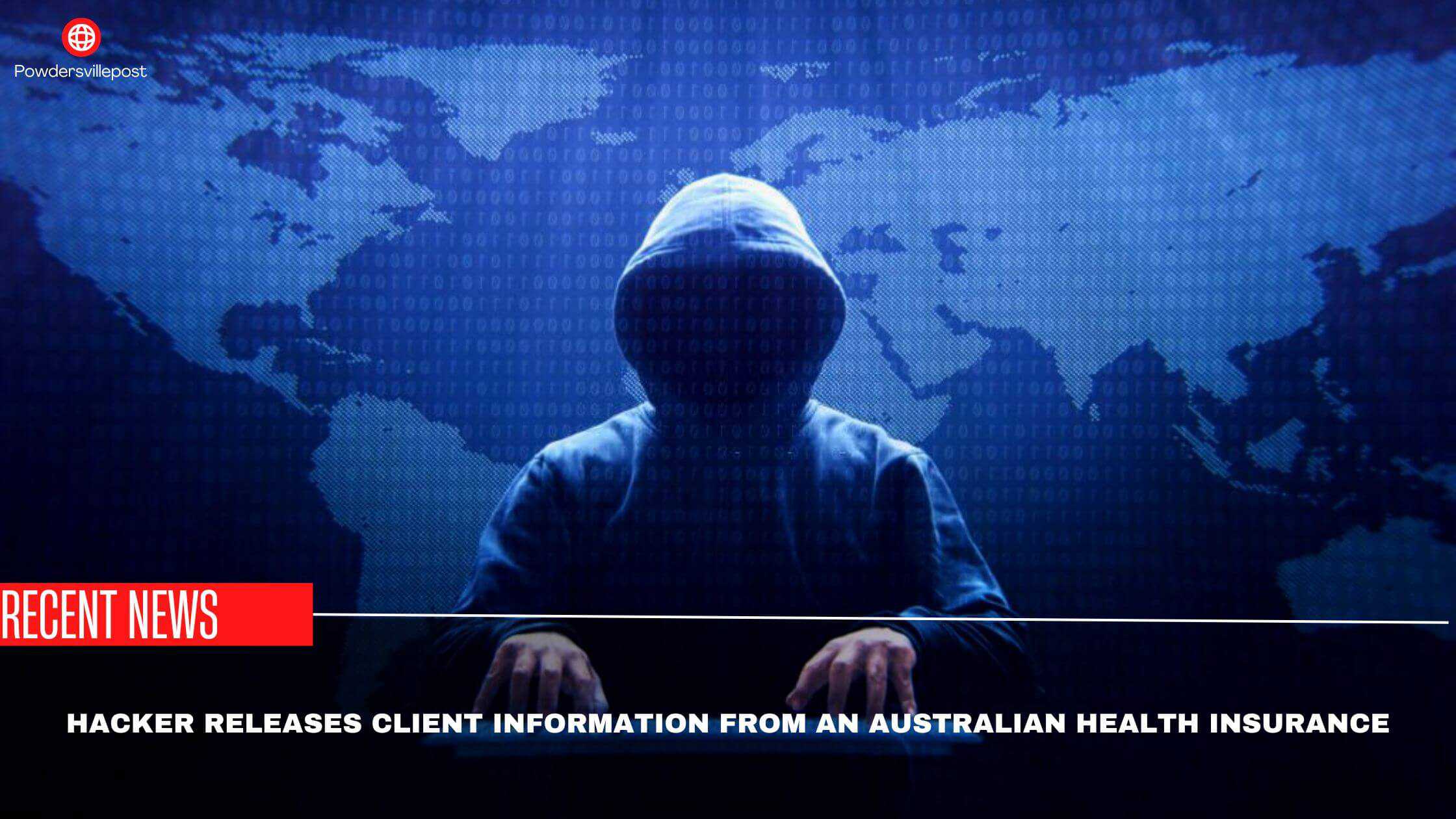 A Hacker had released the personal data of around 100 customers from the server of Australia’s largest health insurer Medibank. The online leak was a reaction from the hacker as the company didn’t pay off a ransom demand. The data leak also had information about a lot of individuals who had conditions like HIV/AIDS, drug abuse treatment, etc.

Medibank said that the sample released on the Dark Web was part of a huge document pool that was supposedly stolen last month. It is supposed to contain the details of around 10 million former and current customers of Medibank. The company said that more leaks were expected in the coming weeks.

David Koczkar, CEO of Medibank said that this is very distressing news and this was done to harm the customer base of the company. He also assured us that they take responsibility for safeguarding customer data and are always ready to support them.

One of the people whose name was on the list said that Medibank has been very “pathetic” in its response to such a crisis. It is such a distressing issue that you have to see the most sensitive details about a person published on the internet and also get to watch the news about it.

Clare O’Neil, cybersecurity minister has asked social media and traditional media companies to not provide their platforms for publishing such sensitive information. She said that if these are allowed to be published then these companies are also becoming part of the crime.

O’Neil expressed confidence that such actions won’t happen from the media companies of Australia as they are sensitive to their country and its citizens. She warned that this incident is the first one among a series that might follow through weeks or maybe months.

Australian Prime Minister Anthony Albanese, who is also a Medibank customer, appreciated the decision of the company to not pay the ransom. He said that the company had followed the guidelines and this was the best decision to take.

If they had conceded to the ransom demand of the hacker then it would have led to further complications on a larger scale. But he also resounded the concern of the people in the exposing of such personal details as he himself was a Medibank customer.

The extortionists also intended to blackmail the company stating that they would expose the details of its high-profile clients if the ransom demand is not met.

However, Medibank didn’t agree as there was no guarantee that they would not publish the details regardless of the ransom payment.

🔵Russia Likely To Be Responsible For The Hack Federal Agencies’ Hack

A blogger that goes by the name “Extortion Gang” posted a message on Monday night on the Dark Web that the list would be published in 24 hours. Two weeks ago the estimated number of customer data leaks was around 4 million but now it has increased to 9.7 million as per Medibank report.

Following a similar incident that happened in September at Optus, Australia’s second-largest wireless telecom company, where they reported a data theft of around 9.8 million customers, the House of Representatives passed an urgent bill that increased penalties for breaches of privacy. This ranged from 2.2 million Australian dollars ($1.4 million) to AU $50 million ($32 million) or higher. The bill, however, hasn’t been passed and hence is not a law yet.

The companies had the primary responsibility of preventing such huge privacy breaches and in this case, it is to be seen how Medibank would handle the situation that might get worse in the coming days and weeks. The stolen data from Medibank also consists of health claims from around 500,000 people that included cases of treatments and diagnosis.