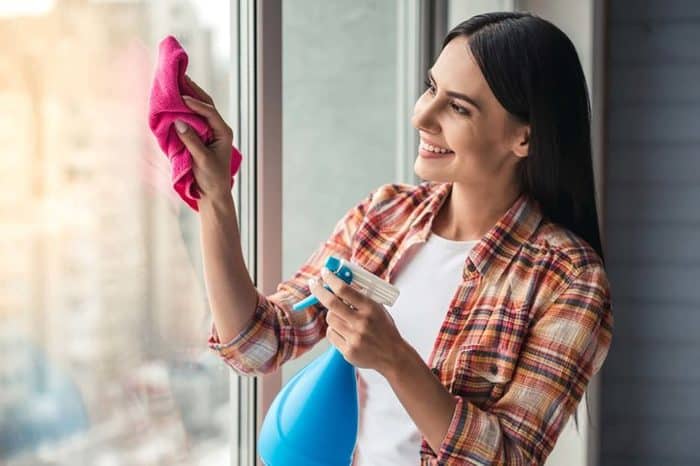 In the past, the arrival of spring was not only about birds and animals and all creatures great and small welcoming the season and the warmth it brought, but also that tiring chore of spring cleaning. The multi-faceted activity comprised, among other things, opening the doors and windows wide to let in the heat and light, laying out the rugs and mattresses in the sun, and of course, a lot of sweeping, vacuuming, and dusting.

Spring cleaning did involve a lot of grunt work, but for a good reason. The therapeutic value of the activity can hardly be denied. For instance, mattresses make a perfect home for mold and other unhealthy stuff, which could be harmful to people suffering from asthma or respiratory conditions. A thorough sunbath has the effect of busting the activities and rids our homes of those allergens.

According to the US Centers for Disease Control and Prevention, allergies and asthma are on the rise over the last couple of decades. Not surprisingly, there was an environmental correlation at play, as the last couple of decades had witnessed the trend of “closed-envelope” buildings, tightly insulated and featuring air-tight doors and windows. That design was, of course, meant to conserve energy, but it also gave a leg up to toxic organisms that caused allergies, including hay fever and respiratory ailments, including asthma.

The villain is the tiniest of the creepy crawlies, the dust mite, and with its two-part name, Dermatophagoides farina was also suggestive of what it did living on our sloughed-off skin, which amounted to as much as 1.5 pounds each year. Under the microscope, dust mites take on the fearsome appearance of some monster from outer space but prefer to live in mattresses that provide them with a plentiful supply of the skin we shed. That was not to say they did not hide in other places in our homes and bedclothes to feast on our skin, dust, pet hair, but that was not what harmed people; rather, it was their microscopic poop.

Dander from animals, especially cats, and minute pollen grains that sneaked into our homemade a heady brew about which every allergy sufferer had tales of woe to narrate.

But the scariest horrors lurked in the bedroom, according to health experts. According to organic chemist Jeffrey C. May who wrote a book on the subject in collaboration with his wife and air-quality technician Connie L. May in “My, House Is Killing Me! A Complete Guide to a Healthier Indoor Environment, he was constantly amazed at the particles he found in bedroom air.

Airing out the mattress worked to take out those toxic particles, get the carpets out, and give them a thorough shake-up to clean out all the nasty stuff hiding there. Pillows on the bed or couch were also a paradise for mites, so washing and air drying them made a lot of sense.

According to experts, allergies could also be caused by other dust components. It was now known from satellite images that dust floated around the world. In the process, it picked up pollutants and radioactive isotopes, and that was why it was important to take the time to dust the furniture. Similarly, places like the tops of doors, cabinets, refrigerators, etc., accumulated deadly dust particles, and it was equally important to dust them out thoroughly.

The dust bust operation’s final step was to vacuum every inch of the house, not leaving out the walls and ceiling. Not surprisingly, some of the first vacuum cleaners were made by people with asthma and allergies.