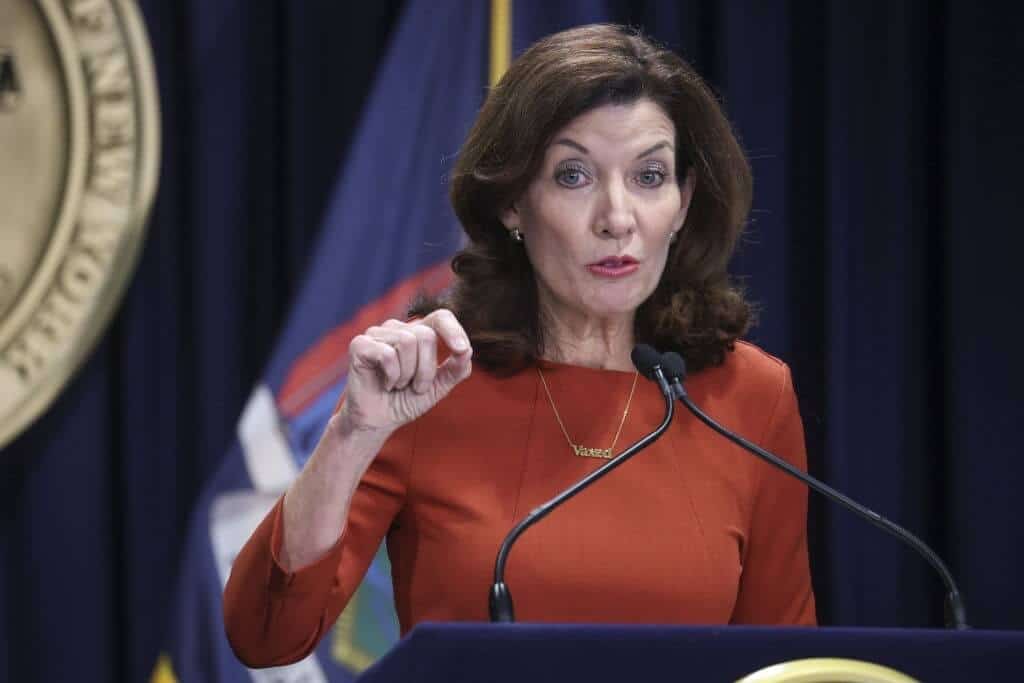 With Omicron making its way through the US, New York has confirmed as many as 20 cases till now. Governor Kathy Hochul stated that health care authorities are currently working on contact tracing for these 20 people so that more cases (if any) can be identified at the earliest.

Hochul also stated that New York is such a highly populated city more cases are expected to come in the next few days.

Omicron was first found in South Africa and has now made its way to more than 50 countries around the world and in more than 20 states in the US alone. Scientists have earlier indicated that the new variant has much better transmissibility as compared to the delta variant.

Hence contact tracing is currently being carried out which would also give authorities an idea of how to stop human to human transmissibility.

Hochul has requested all the citizens to get their vaccinations as they offer some level of protection against the new variant as well. Booster shots are to be taken if the person has completed 6 months since their last dose. In a study by Pfizer and BioNTech, it has been found that booster shots increase the immunity of a person by 25 times thereby giving much better protection.

Dr. Mary Bassett who is the health commissioner from New York stated that people are now getting agitated since earlier it was just 2 doses that were considered as fully vaccinated. However, now the government is asking to get a booster dose as well for protection.

Many people are now confused as to what fully vaccinated means, does it mean just 2 doses or it mean 2 doses plus the booster shot as well. There has been no announcement from the government officials regarding this definition at the moment.

The US has currently put on high-level travel restrictions for all international passengers. If people want to enter the US they need to produce negative RT-PCR test results and should also be fully vaccinated as well. Currently, for domestic travel, there is no mandate of RT—PCR test.

CDC (Centers for Disease Control and Prevention) stated that this research is still being conducted. Older teens would have much better immunity as compared to adults and thus the researchers will have to see if they can follow the same timeline which is 6 months for the booster shots or should they increase the waiting period. As of now, no comment has been made on this as well.

On Thursday the White House announced that the US has completed more than 200 million full vaccinations which account for 60% of the total population. The government hoped to achieve this target by December 1st week however got delayed by 10 days. Health care officials stated that more and more people are now coming for vaccination and booster shots since the announcement of the Omicron variant.

Smaller states like Maryland and Vermont are seeing a large number of cases and the hospitals are overrun currently. The federal government had sent a team of doctors and nurses to these states to help with the cases. Many of the other smaller states are also seeing a high number of cases due to thanksgiving.