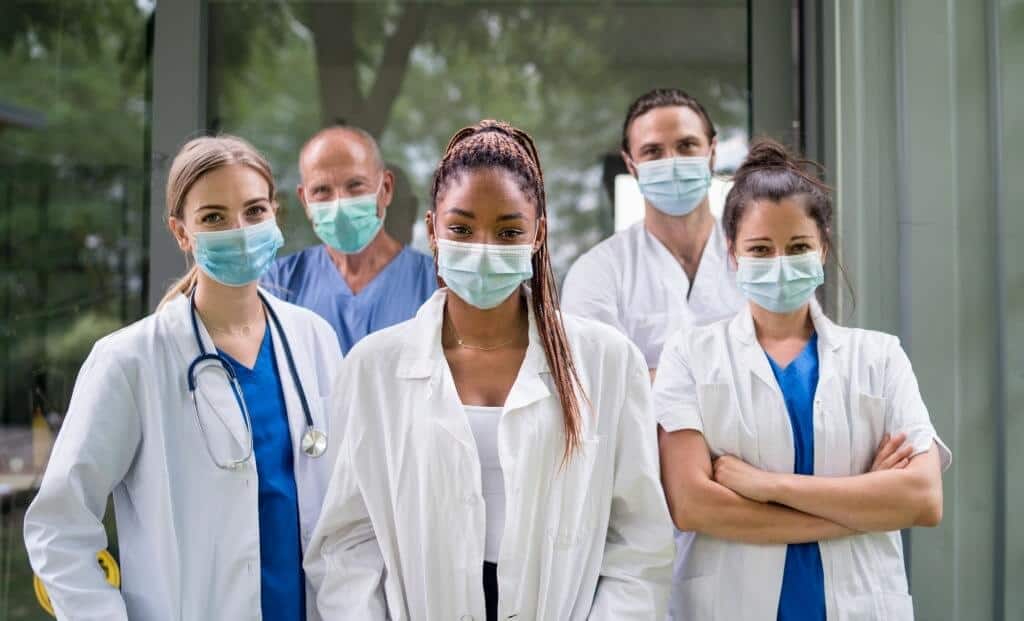 Andrea Babinski loves nursing. She enjoys being with her colleagues. She is dedicated to her patients. And the consistent flow of money is the thing that sustains her. But she is prepared to sacrifice everything for one thing. She wants vaccination to be her personal medical option. Till now, her decision is to remain unvaccinated. She is not against vaccination, she says.

She stayed with the hospital during the pandemic. She even remained stuck to its COVID 19 Department covered in layers of PPE kit. She is fully aware of how bad the virus can be. Despite all this, she knows that vaccination is the way out for her. It has to be her own choice.

The hospital she works for is against it. For the Gundersen Health System, the vaccine mandate is a safety net. It keeps hospital staff healthy, protects its patients, and helps employees feel safer there.

If Andrea remains adamant, if she refuses to receive vaccination by November, her hospital may fire her. She may not even receive her unemployment insurance. According to her, it is a bad blow. She is someone who devoted her mind and soul to the job. And it is sad to hear one day that her employer will fire her.

If we can believe reports, compliance with the law is quite high among them. Numerous organizations working in the field inquired to their members. And most of them say that they are fully inoculated against COVID 19.

The surveys they conduct too have their own limitations. They represent only a fraction of the millions working in the healthcare industry.
Even the strategies used for the surveys are vague.

All these, however, make one thing clear. Organizations in the healthcare industry support vaccine mandates. More and more hospitals are issuing vaccine mandates. New York Governor said that 92% of the State’s hospital staff are fully inoculated. As the deadline approaches, healthcare workers are receiving their shots in large numbers.  The Governor also informed that no hospital is experiencing an acute shortage of staff in the hospital.

The State has suspended hundreds of workers for refusing to get inoculated. The other States have similar stories to present.

In New York, the Governor has decided to stay strong. She has even signed an executive order to address the shortage of staff.

Health officials believe that other States may follow the trail of New York. Almost all large healthcare networks say that most of their staff are vaccinated. They expect that more of them will receive the vaccination.

There, however, are reports of firing and suspensions in other States. Texas, Kentucky, South-North Carolina, and New Jersey are a few among them to mention.

In the meantime, authorities are worried about staff shortages. Small hospitals don’t have the ability to compensate for such shortages. And even a few staffs decide to resign, they are sure to suffer badly.

Biden administration believes that vaccine mandate is a risk that is required to end the pandemic. His team too wants it to be a voluntary decision. Mandates are there because people are not doing it on their own.

Vaccine holdouts are generally not against vaccines. Most of them are only protesting against such mandates. People should have the right to decide what is best for themselves. There is also a minority that does not believe what pharmacies claim. They may have their own reasons.

Officials are now pondering upon how to convince these vaccine-hesitant healthcare workers. An appeal using their dedication and identity in the field may help, they believe.