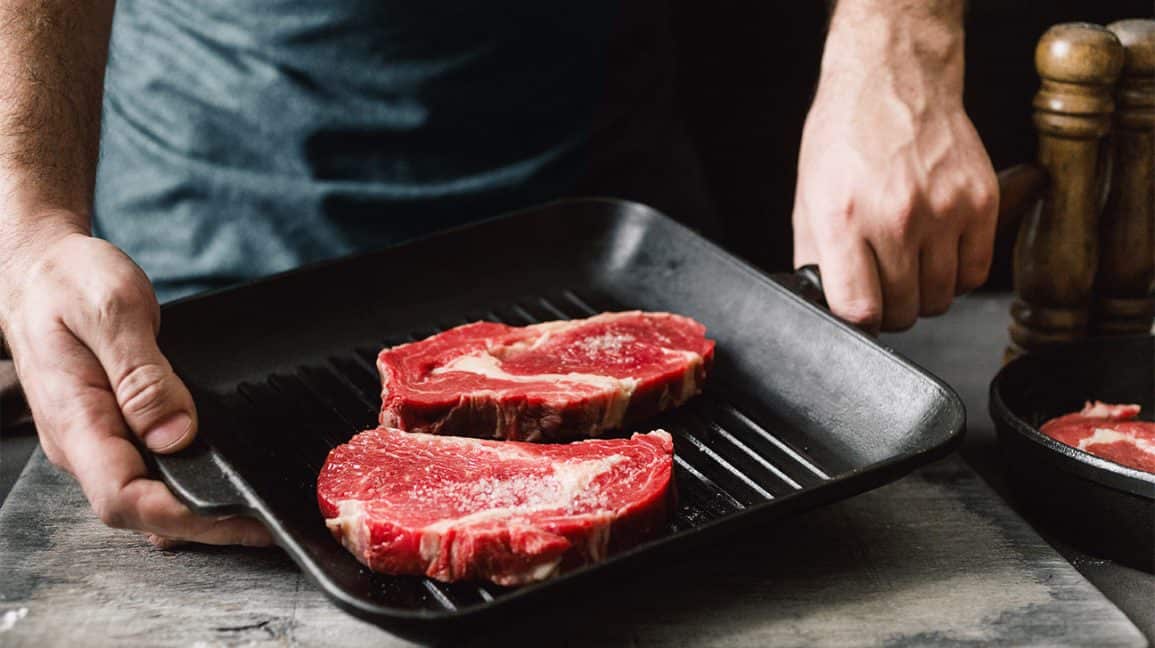 In a new meta-analysis of studies on over 1.4 million people, lamb, beef, pork, and processed meats were linked to an increased risk of coronary heart disease later in life. The condition is known as coronary artery disease and is the leading cause of death and disability worldwide. Plaque builds up in the arteries that nourish the heart after fatty deposits of cholesterol are deposited. This study published in the journal Critical Reviews in Food Science and Nutrition found that the risk of coronary heart disease increased as meat consumption increased.

In a study, 9% of coronary heart disease cases were associated with every 1.75 ounces (50 grams) of beef, lamb, and pork consumed. To maintain good health, the American Cancer Society recommends consuming about 3 ounces (85 grams) of meat per day. In addition, the risk jumped by 18% for every 1.75 ounces (30 grams) of processed meat we consume, such as bacon or sausage.

Do you think 9 to 18% is a small risk? The answer might be yes if you take into account that few people eat less than 2 ounces of red or processed meat at every meal. As an example, let’s take a steak dinner at a restaurant. There are nine to twelve ounces (255 to 340 grams) in the average steakhouse filet, sirloin, strip, and rib-eye steak. A single meal could easily contain up to five ounces (142 grams) of beef. How did your breakfast go? There is an even higher risk for you.

Poultry is not an issue

Fortunately, the report also produces some good news for carnivores: eating poultry like chicken and turkey did not appear to be associated with an increased coronary heart disease risk.

Most poultry is considered lean meat since it contains much less saturated fat and sodium than red meat does. In addition to contributing greatly to plaque formation on artery walls, saturated fats also lead to arterial blockages that contribute to coronary heart disease. A high sodium intake can cause high blood pressure, as well as restrict the heart’s ability to pump blood.

Plant-based diets are better for you

According to studies, plant-based diets are best for reducing heart disease risk. The U.S. is ranked best for healthy heart diets. Compared with the DASH diet and the Ornish diet, the Mediterranean diet stood out as the top heart-healthy diet.

A Californian nonprofit organization founded by Dr. Dean Ornish developed an Ornish diet in the year 1977. During a random clinical trial, Ornish describes the diet as the only scientifically proven diet to reverse heart disease. It is difficult to follow, according to experts.

Blood pressure can be lowered with the DASH diet. Veggies, fruits, dairy, and low-fat products are a good place to start while cutting back on saturated fat and salt.

Three whole-grain products are eaten each day along with four to six servings of vegetables and fruit, as well as several servings of lean meats, nuts, seeds, and legumes. Following this diet has been shown to reduce blood pressure within a few weeks.

In the rankings of the best diets for 2021, the Mediterranean Diet took home gold. It is not surprising the Mediterranean diet is hailed as a healthy lifestyle because numerous studies have shown it can improve health in terms of high cholesterol, diabetes, depression, dementia, and breast cancer. In addition, Mediterranean diets are associated with stronger bones, healthier hearts, and longer lives.

With a heavy emphasis on extra virgin olive oil and simple, plant-based cooking, most meals are made up primarily of fruits, whole grains, vegetables, beans, and seeds. If you don’t need refined sugar or flour, avoid them. Butter, for example, is rarely consumed, if at all. There is a good chance that meat will appear in only a few dishes, often for flavoring. A traditional Western diet might include dairy products, eggs, and poultry, but smaller portions than it does. The staple, however, is fish.

Is your goal this year to follow a Mediterranean diet? Cook a bean, whole grain, and vegetable dish every week, and add herbs and spices to make it stand out. Adding two nights a week to one is very easy, so start with that.