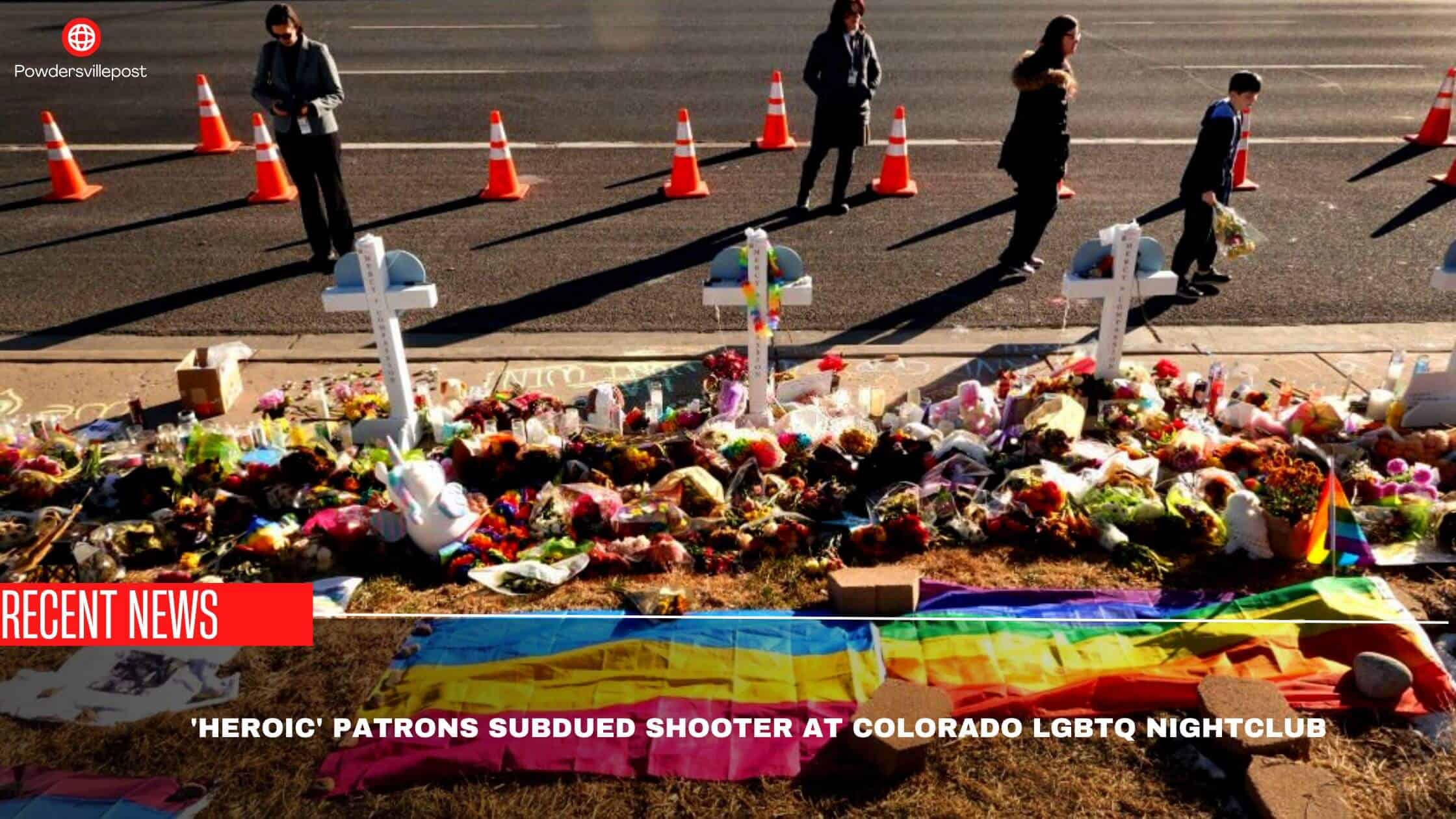 As the loved ones mourn the loved ones, it will be one of the most depressing days in Colorado. You ask why? Because a shooter allegedly started shooting at a gay nightclub in Colorado Springs before being stopped by two customers who were hailed as heroes. Anderson Lee Aldrich, 22, was named as the attacker and is responsible for the five fatalities and 25 injuries caused by the shooting.

According to Colorado Springs Mayor John Suthers, one of the customers hit the shooter with the handgun after grabbing it and subduing the attacker. Suthers told reporters that when the police arrived minutes after the attack started, the person who removed the gun was clutching the attacker down.

Authorities have stated that it was clubgoers who confronted and disarmed the shooter. They displayed bravery by stopping any potential deaths and injuries. According to law enforcement agencies, the gunman was armed with a long rifle, and at least one other gun was discovered on the spot.

How Was The Suspect Apprehended?

The police received numerous 911 calls reporting a shooting, which is when everything came to light. The first call was received, according to police records, at 11:56 PM. The police officers responded quickly and were dispatched at 11:57 PM. At 12:02 AM, the suspect was therefore taken into custody.

According to the police, who added that no shots were fired at the suspect, the suspect was taken into custody and received medical attention at a hospital on Sunday.

This Hate Attack Must Be Stopped Immediately!

One of the witnesses, Joshua Thurman, spoke about the shooting and how horrible it was for him. At first, he believed the shots were a part of the music at Club Q, where he was reportedly dancing when they started.

When he heard another shot, he realized he was mistaken. The flash of a gun muzzle was the next thing he noticed. Hurrying into a dressing room, Thurman and another individual were soon joined by a third. While the commotion occurred, they locked the door and remained quiet.

What they had to go through seems incredibly cruel. The height of mental illness is redefined with this act of shooting dead, happy, innocent people in their neighborhood enjoying a safe place.

Aldrich has a long history of criminal activity, and he was also detained in June 2021. He was taken into custody after his mother’s house was the scene of a standoff following a bomb threat. His mother’s previous landlord saw the incident at the time and provided information about it, per a press statement from the El Paso County Sheriff’s Office.

Based on the records, the two police investigators revealed the culprit in the spraying bullets and bomb threat that occurred on Saturday. They finally concluded that they were the same person based on his name and birthdate.

Last year, Aldrich allegedly threatened to blow up a building, according to a video obtained by sources. Aldrich then turned himself into the police. A video from the home’s owner’s Ring door camera served as proof. It depicts Aldrich walking toward the sheriff’s deputies after leaving the house barefoot and raising his hands.