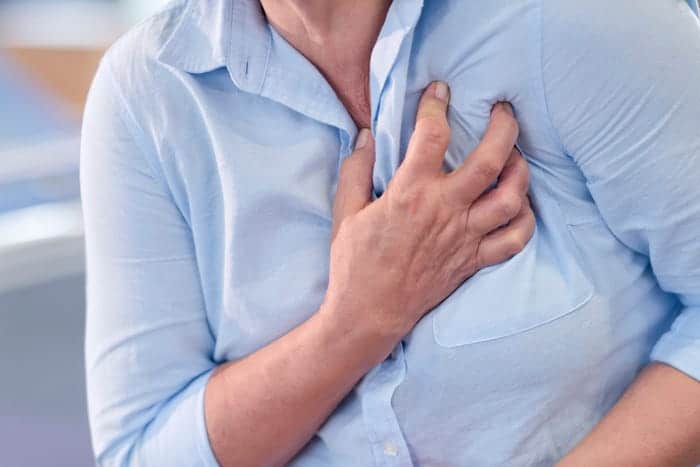 People living with HIV must take powerful medication combinations to keep their condition under control, but a recent study reveals that they also face a twofold risk of sudden cardiac death.

Unlike a heart attack caused by a blocked heart artery, sudden cardiac death occurs suddenly and is caused by an electrical failure that creates an irregular pulse. There is a loss of consciousness and a substantial chance of death within minutes.

Autopsies on HIV patients revealed scarring of the heart muscle, known as fibrosis, which may explain why sudden cardiac death is more common in these individuals, according to the researchers.

Deaths from lethal arrhythmias are 87 percent greater among HIV patients than in the general population, according to senior researcher Dr. Zian Tseng, a cardiac electrophysiologist at the University of California, San Francisco.

In HIV patients, there is a persistent degree of inflammation, he explained. This fibrosis has been documented in various organs, including the lymph nodes, liver, and intestine. As a result, the heart is merely another site where persistent inflammation causes scarring.

According to Tseng, chronic inflammation occurs in HIV patients even when they are taking antiretroviral treatment and their HIV level is undetectable in blood testing. According to him, the virus is most likely lurking in organs and lymph nodes and is still producing inflammation, which leads to scarring and organ dysfunction.

Although inflammation cannot be avoided, Tseng believes that utilizing MRIs to detect fibrosis in individuals who have had arrhythmias might help. A pacemaker/defibrillator that can prevent deadly arrhythmias might also be implanted to minimize the risk of sudden cardiac death.

However, not all HIV-related deaths assumed to be caused by sudden cardiac death are, according to Tseng, caused by heart disease.

According to him, one-third of the fatalities investigated, which were thought to be caused by sudden cardiac death, were caused by drug overdoses, even though no evidence of drug misuse was present at the time of death.

The data utilized in the study came from another study that looked at unexpected sudden deaths in San Francisco from 2011 to 2016.

Specifically, 109 of the 610 unexpected fatalities among HIV-positive persons occurred as a result of out-of-hospital cardiac arrest. A study of medical and autopsy data revealed that all but one of the 109 fatalities had multiple causes.

Only 22 of them looked to be caused by arrhythmia and heart disease, a damaged or enlarged heart, or underlying arrhythmic illness.

Other non-cardiac fatalities among HIV patients assumed to be caused by sudden cardiac death were instead caused by renal failure, infection, hemorrhage, and diabetic ketoacidosis.

He believes that patients and their physicians should test for substance use and take the danger seriously. From a cardiac viewpoint, the HIV community should pay close attention to symptoms including fainting, chest discomfort, palpitations, and skipped heartbeats. Those are possible warning indicators of issues, notably rhythm cardiac abnormalities, for which the provider may wish to do more testing.

Many pharmaceutical firms have been seeking viable therapies for fibrosis since long before HIV was discovered.