As there is no standard vaccine available for coronavirus, scientists are still searching for new methods that can provide a long term solution. In this regard, horseshoe crab may have a vital role in the development of covid19 vaccine. 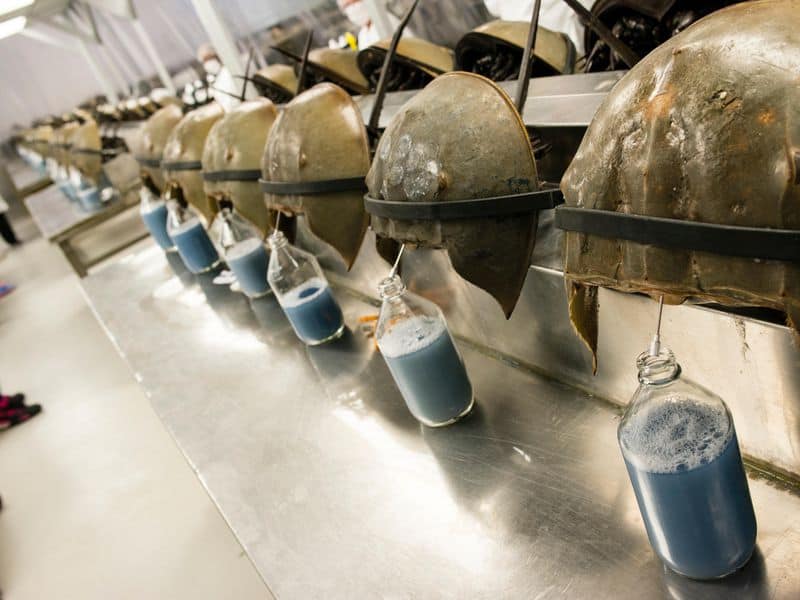 The interesting thing about the horseshoe crab is that it has an incredible immune system. Several experiments done on horseshoe crab blood have revealed that this animal has one of the best immune systems for any species on this planet. This has helped the horseshoe crab to survive longer than most other species on this planet. The Limulus Amebocyte Lysate test, also known as the LAL test uses horseshoe crab blood and an alarm system is triggered by a type of bacteria that can cause fever and even death in some cases. During this test, the lysate mixture is made from the blood cells or amebocyte of a horseshoe crab. This is then added to the material used by the research team for testing. The fluid will either a clot or change color when any dangerous toxin is present in the material.

The executive director of Charles River Laboratories, John Dubczak which is licensed by USFDA to produce LAL test, says that this test has certainly elevated the quality and safety of injectable pharmaceutical drugs and other medical devices. This also includes all the vaccines that are intended to protect us from various diseases. The crab usually lives only up and down the East coast and in some regions of Central America. According to data from the Atlantic States Marine Fisheries Commission, less than half a million horseshoe crabs were brought to biomedical facilities in 2018. According to the latest reports by the CDC, a vaccine may not be ready until early next year. The total number of coronavirus cases globally has crossed about 30 million, and it has caused close to 1 million deaths across the world. As many vaccines trials are currently running in the market, we may get to see more than one vaccine for coronavirus in future.

However, LAL will be the standard to test the safety of any materials that go into medication. In this regard, it will have a big role to play in the development of covid19 vaccine in future. All of the LAL that will be used for testing the vaccine and other medication will come from four production facilities in Maryland, Virginia, Massachusetts and South Carolina. The world may need as many as 5 billion covid 19 vaccine doses, and this will not be a burden for the facilities providing LAL. According to Burgenson, chair of the Horseshoe Crabs Advisory Panel to the Atlantic States Marine Fisheries Commission, the facilities can complete the production to provide the material needed for testing vaccine safety in about three days.

Burgenson, who is also a microbiologist, says that he has been working for nearly 40 years in the pharmaceutical industry. He added that the animals have often been misunderstood and maligned as humans have overfished it without considering its amazing benefits for mankind. He said that humans are the biggest threat for these animals that date back to the age of dinosaurs. It has existed for more than 400 million years before humans evolved on this planet. The interesting thing about horseshoe crab is that it is not actually a crab. Daniel Sasson, an assistant marine scientist at South Carolina’s Department of Natural Resources, said that horseshoe crabs are closely related to spiders than the crabs. Similar to the spider, it has many legs and eyes and pincer claws that are used to feed. However, like a crustacean, they shed an exoskeleton as they grow.

The tail of horseshoe crab is called a telson, and this is useful to flip over the body. It can weigh a massive 10 pounds, and it looks a little scary even though it is not poisonous and the animal does not use it as a weapon. They are so rugged and hardened that they have survived asteroids and volcanoes in the past. They are important to humans because of their blue blood that builds a fortress in seconds when any external particle enters the body. The Amoebocytes, which is a type of blood cell, can spring into action when they detect an external particle. Scientists are amazed at how quickly the blood coagulated within a matter of a few seconds when the animal had a wound. The horseshoe crab crawls to the beaches for reproduction every year, and this is a good opportunity for scientists to study their behavior. They are usually seen on the beaches of Mexico, Florida and Maine. The females can lay about 4000 eggs that are of the size of a headpin. They may continue to lay eggs many times during the season.

To protect the species, South Carolina has very strict laws, and the state law prohibits even holding the animal without a permit. The state is doing well in this regard and able to protect the horseshoe crab by keeping count through random surveys. The population has been stable and growing over the years. However, other regions are not doing so well as the stock assessment in the New York region is very poor and rising pollution and loss of coastal habitat are the main reasons for the decline in the horseshoe crab population. Migratory birds are also a major threat for the horseshoe crab population as the birds feed on the eggs heavily in the beaches. Apart from that, its rough appearance has meant that it does not enjoy a good image in the eyes of the public. As many people are not aware of its benefits for mankind, they tend to look at it like an ugly creature. It is important to understand the potential benefits of its blue blood for medical tests and protect them for future generations. As the animals have survived for millions of years, they can easily manage to survive only if we do not overexploit them shortly.