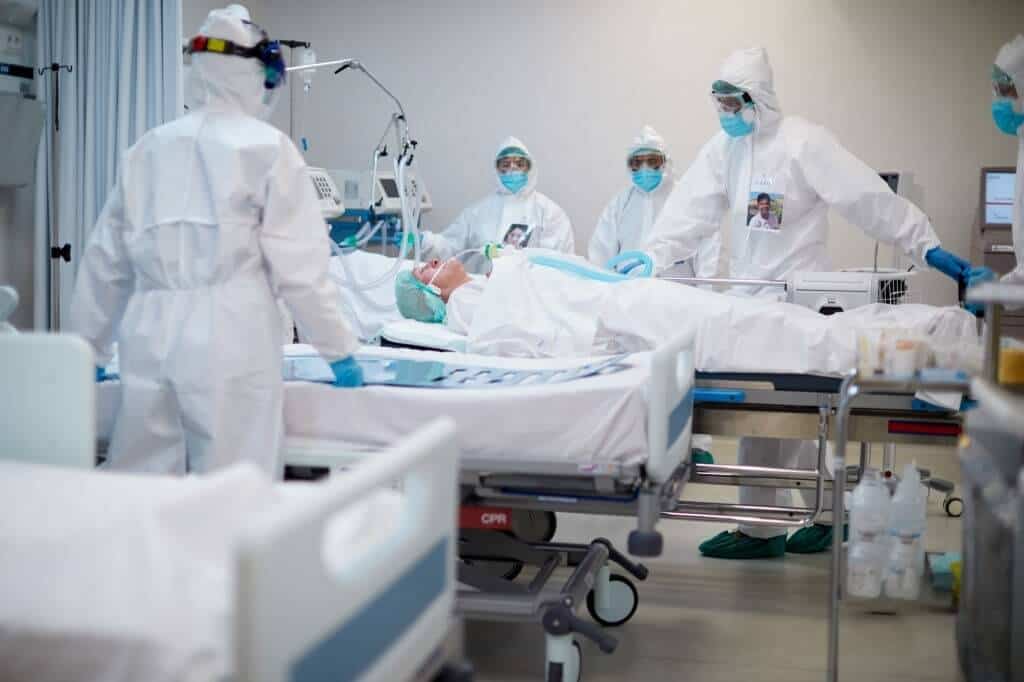 The officials at a hospital in Washington say that the state is facing its own Covid crisis and lacks the capacity to help the surge of cases that has been driven by unvaccinated people in Idaho.

Neighboring state Idaho cannot be helped by Washington as it is facing its own Covid crisis. The execs at the hospital said that they are dealing with an overwhelming surge of cases that has been fueled by people who are unvaccinated.

Hospitals In Washington Unable To Absorb Those From Idaho

During a media briefing, Taya Briley, the executive vice president of the Washington State Hospital Association, said that the situation is very sobering. Since the pandemic began, this is the worst wave of Covid that Washington has faced. This is even before big events like fairs of the fall and schools reopening.

Due to Covid patients taking up so many beds, necessary surgeries are being canceled by hospitals. It is even taking them longer to deal with heart attacks and strokes because all the beds are being taken up by Covid patients.

The number of people hospitalized in June and Early July was just 350 and now, it has shot up to 1700 due to the spike in delta variant among those who have not been vaccinated.

She said that it becomes very real when you walk down a hall that is filled with patients affected by Covid.

She added that these patients seem like they are drowning as they are unable to catch their breath and that it is horrible for the patients as well as the staff as they cause anguish.

About 70% of residents of Washington over the age of 12 have been fully vaccinated and over 74% of them have received at least 1 dose, according to data collected by the Washington Department of Health.

Only about 4 out of every 10 residents who are eligible to get the vaccine are fully vaccinated in northern Idaho which is known to be a conservative state.

At the expense of others, some patients were given lifesaving care when authorities announced that care can be rationed as the hospitals are so packed.

Hospitals in Washington have begun receiving patients from Idaho, especially in Spokane, though how many is not clear yet.

It was reported by the New York Times on Monday that as of last week, Providence Sacred Heart in Spokane had 29 beds being taken up by patients from Idaho.

Briley said that even though the influx of Covid patients has caused a ripple effect in western Washington, it is normal for hospitals in eastern Washington to treat patients from Idaho and vice versa.

Dr. Christopher Baliga said that they are barely keeping their heads above the water. He is an infectious disease specialist at Seattle’s Virginia Mason hospital. He added that their capacity to accept patients from other states is extremely limited.

Many hospitals in Washington have been transporting patients farther away than usual in order to find bed space for them. This requires them to use ambulances for prolonged periods of time which makes them less accessible when required.

Patients at the Cascade Medical Center in Leavenworth had to be airlifted twice which is an expensive option. This was done as there were no ambulances available.

Darin Goss, the CEO, said that officials have set up alternative care sites at Providence St. Peter hospital in Olympia and Centralia Hospital. These are located in hallways and conference rooms because the emergency departments are overwhelmed.