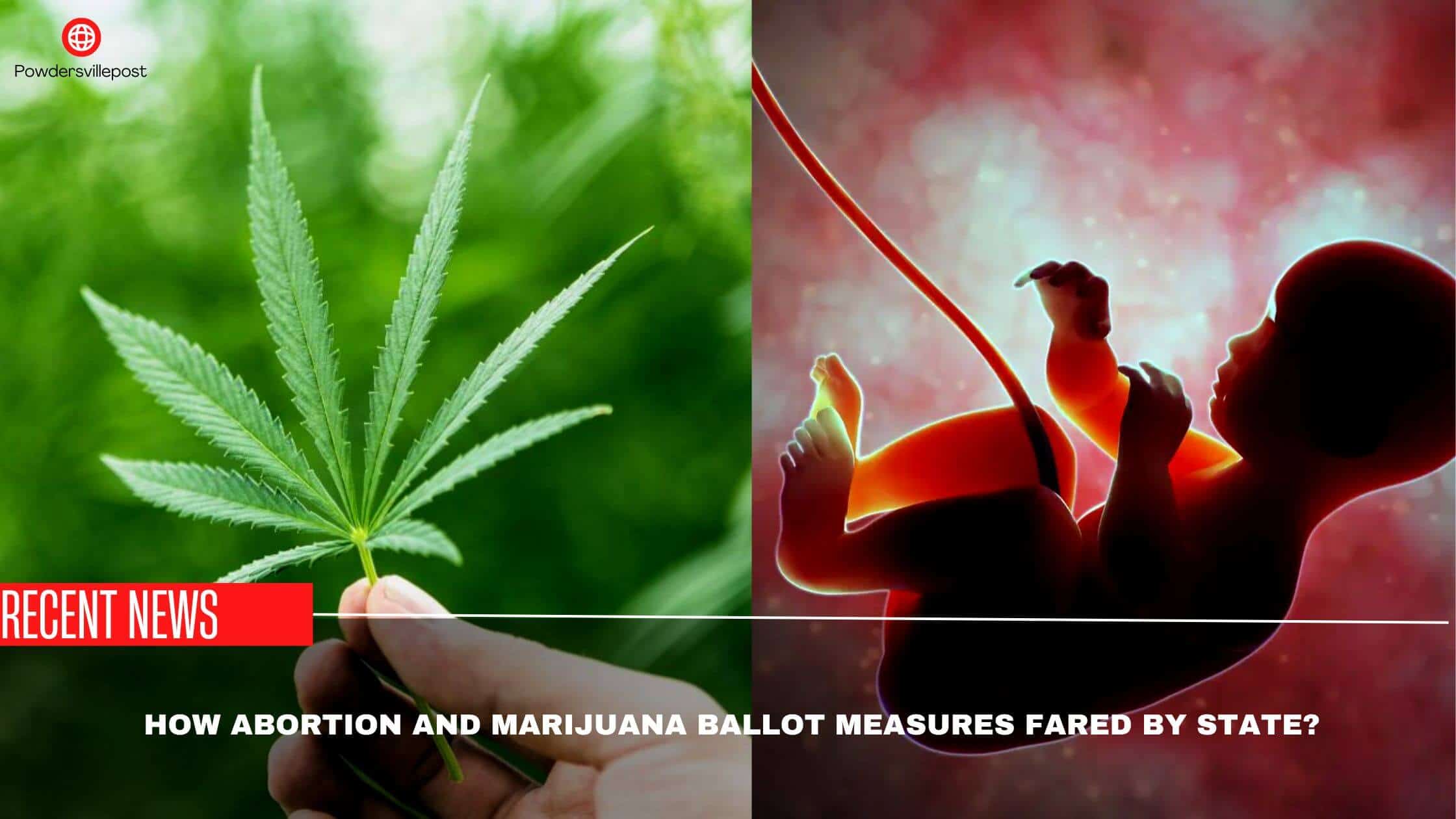 The US midterm elections of 2022 have been abuzz with issues like abortion, and marijuana legalization coming to the table.

Americans all around the nation put their votes to choose the House of Representatives and Senators together with expressing their decisions on the issues.

The results of the elections are also pointing towards a tight competition between Democrats and Republicans.

What State Results Did Abortion And Marijuana Measures Have?

Abortion was one of the hot topics of this election following the Supreme court’s decision to overrule the 1973 verdict of abortion being a constitutional right and giving the power to individual states to make their own rule around the issue.

This led to a dispersed opinion among Americans as leaders of the Republican party had made abortion law one of the critical aspects of their election campaign.

The Republican senator Lindsay Graham had even moved the bill to enforce an abortion ban after 15 weeks of being pregnant that had both support and objection from his own party members.

Democrats had used this chance to strike hard on the Republicans by stating that republicans like Graham want to take us back rather than trying for progress by not giving women the rights they deserve.

States like Michigan, California, Kentucky, Montana, etc. voted for the preservation of Abortion Rights. The issue of reproductive autonomy has always been a problematic issue in the US as at different points in time Blue states have moved bills to ban abortion in the country as they believe they are preserving the rights of an unborn infant by stopping abortion.

Radical Republicans like Doug Mastriano had said that women who do abortions should be booked for murder as he believes that they are killing a fetus without its consent. He said that an unborn fetus also has equal constitutional rights like that as a US citizen.

If the abortion ban is legalized, then it would pave the way to criminalize healthcare workers who carry out and assist abortions. This led to a huge uproar in the healthcare sector too as doctors would have to initiate abortion measures for the safety of the mother in certain cases. So the fear of criminalization might delay the emergency treatment needed for a woman.

In a shocking incident, a Missouri woman was denied a miscarriage medication by a Walgreens pharmacist as he believed it goes against his “ethics”. Another instance happened in Missouri when a woman’s water broke early and she had to get an emergency abortion. But the hospital refused to do the abortion and she had to finally get it done out of state.

An investigation has been launched against the hospital on the complaint of the women. She was denied emergency medical care endangering her life because of the confusion caused by the anti-abortion laws. Because of the partial or complete abortion bans in the nation, the average time for a woman to access abortion-related services (even under medical emergencies) has increased from a mere half an hour to more than one and a half hours.

Marijuana legalization was another topic that was raised during the midterm elections. Five states had put up the topic for passing. While three of them rejected them, two states passed them taking the total number of states that passed the use of marijuana for recreational use to 21.

The three states that rejected the legalization were North Dakota, South Dakota, and Arkansas. Citizens of Maryland and Missouri who passed the legalization of marijuana can now use marijuana if they are 21 years or older and can have 1.5 ounces of cannabis or two plants in their possession without legal repercussions. 19 other states including Washington D.C had already legalized marijuana use at different points.