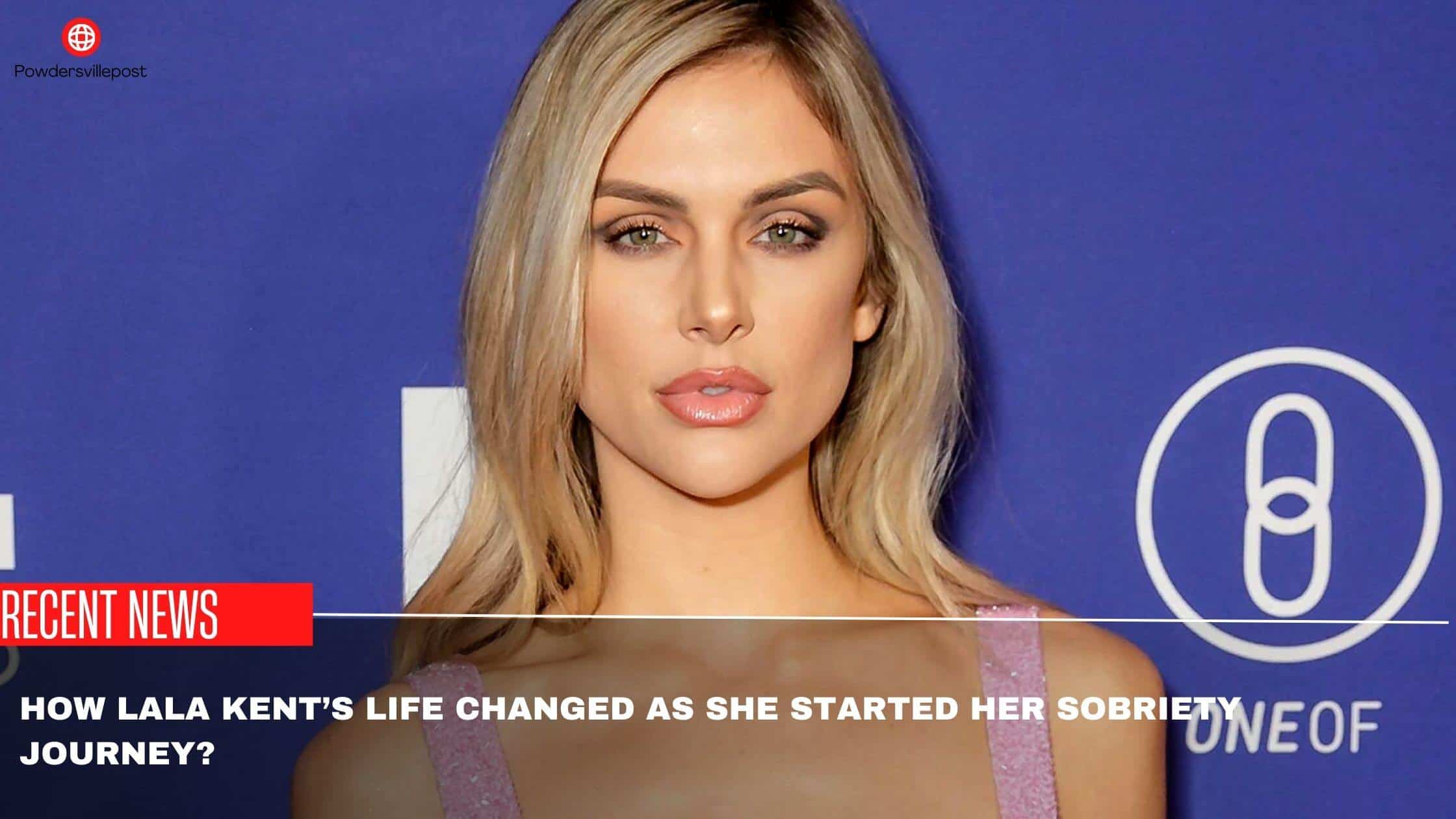 Lala Kent, the American reality TV star and author, has recently unwrapped the actual transformation that happened in her life right after the death of her loving father.

The Vanderpump Rules star Lala Kent recently hit the internet via video sharing how she attained sober in her life and what took her to the track of sobriety. That said, she even pointed out the fact that she will never forget the pain she bears in her heart after the sudden loss of her caring father.

On April 21, 2018, Kent Burningham, the father of Lala Kent, passed away. Lala marked the unforgettable day on her social media accounts by sharing a detailed post.

She Shared on Instagram about her father’s loss and the feeling she holds for him in her heart. The post marked true words from her heart, “her world had crumbled.” This clearly shows the strong bond between a dad and his daughter. It seems the father was the world to her.

To get out of the depressed state, she began drinking alcohol beyond her control. She got entirely into it, which means throughout the day.

🔵Tragic Death Of Billionaire’s Son!! Juan Carlos Was Killed by Propeller After Jumping Off Boat To Save Fiancée

Lala Kent’s life after she said goodbye to her father was miserable. Sticking to drinking from morning until the end of the day was how her life was going on. This was the only way how she was copying. She once said that her addiction to drinking made her feel weird, and one day she felt completely out of control. She even felt guilt for behaving in such a different manner. It was the moment she decided to tear off her mask of being someone and acting entirely distinct. She then determined not to live one more day like this anymore!

Lala, the 32-year-old, is now in an entirely different mood that she is celebrating her long years of sobriety. The actual number of years of her sobriety is precisely three years and eleven months. The reality TV star is even marking this milestone by sharing the vast story of her journey through sobriety. She shared it hoping that it could help someone and inspire those in need.

Lala still remembers the great support she got from her co-stars, Katie Maloney, Stassi Scheana Marie, and Schroder, for her sobriety. She said that her co-starts were supportive, and that made her even stay better in my tough days.”

The star, who is now the mother of Ocean, a 17-month-old baby girl, is well aware of every single moment that is happening in her life. She forgot about her past and is now focusing on being engaged with her lovely angel. Lala is now busy living in her present, relishing her daughter’s milestones.

Lala as a responsible mom never wishes to be in front of her daughter in a state she was living in before. She long to be a perfect mom, and it’s all that she desires.

The Bravo star is now more alert to things and was not another case when she filmed Vanderpump Rules.

The father’s death once took her down and made her act like pushing herself onto an unexpected ending. But now, the storyline goes in a different direction, which surprised everyone with her drastic change.

Recently, she said that even today, she is battling internally with herself all the time, just to make sure everything works fine. She is living a peaceful life and is still in this environment to be a better person.

Lala said it’s not a big task for her and what she has shared about self-battling is all about a friendly manner, nothing conflict.”