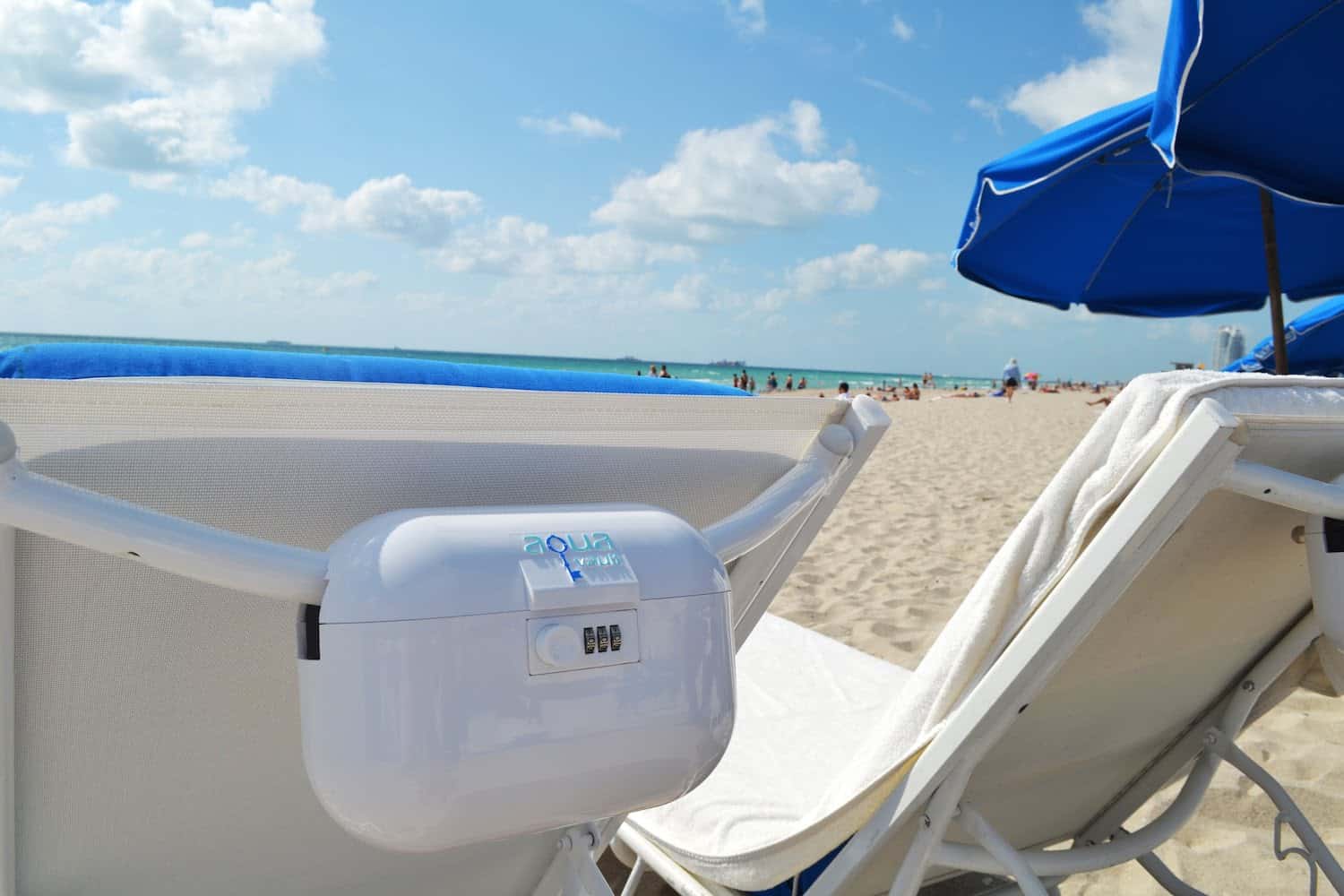 AquaVault, a travel-related company that was going to make 2020 as its most promising and successful year yet but these hopes crashed when the pandemic hit. This company is mostly known for FlexSafe that is a portable, small safe for various people traveling around the world. The safe is water-resistant, slash-resistant, and has heavy-duty fabric yet lightweight was made to protect valuables anywhere be it that pool, beach, cruise, or at a waterpark. Just by locking it with a fixed object such as a chair at the beach, railing, or a fixed table you are good to go.

The three co-founders of the AquaVault are Rob Peck, Jonathan Kinas, and Avin Samtani who had made an appearance on an ABC reality show named Shark Tankand got the funding secured from Daymond John, Shark investor. This broadcast got them priceless publicity and increased the brand awareness of the company thus aiding the company to grow exponentially.

But soon it straightway went down into deep lows due to the pandemic and the travel has been completely stopped. Kinas says suddenly the globe gets hit with Covid-19 virus that no one has ever seen in history. AquaVault, which is one of the many travel related companies, was by and large forced to redevelop their products and services. Covid-19 affected and bought seismic changes in many industries like airlines, cruises, tourism industries, accommodations and other travel related companies. For survival of these industries they need to adapt to the situations of the pandemic era.

After building relationships of years with their clients like theme parks, hotels, cruise and water parks, AquaVault was completely shaken, Kinas said. All three partners realized that they must pivot.

Necessity is the mother of invention – How AquaVault started?

The trio had already met up in the college and remained friends post their college but with no idea that they would wind up together to form a company. Kinas explained that they stumbled upon the idea that was what got them involved together.

Before meeting each other, Kinas working at Merrill Lynch as a financial advisor, Peck had a business related to commercial flooring business and Samtani was a team member of a mortgage bank in Manhattan.

10 years later, they met up for the wedding of a mutual friend in South Beach. On the day they met up Kinas went for a swim by placing his valuables inside his show and moving them under his lounge chair. He came back only to find his valuables gone and he found he wasn’t the only victim. Immediately an idea came and he drew the design of the vault on the napkin. Later they decided to patent attorney and the journey began.

In 2015, all three friends left their jobs to build this company. Over the time the trio created $26.5 million business and made relationships with retailers like Bed Bath and Beyond, Disney World and Bass Pro Shop among others. Then they started to expand their businesses to other travel related products like PhoneVault which is a biometric lock and waterproof phone pouch. Kinas also admits they made several mistakes before reaching their goal. But they also learnt from their mistakes and were able to cut losses when required.

They came up with ideas related to cell phones and various devices that have something to do with commuting, travelling, walking and biking. For the next invention, the tro came up with the idea of credit card sized ultra thin portable charges which is called Charge Card. It will help people when they need to charge the phone.