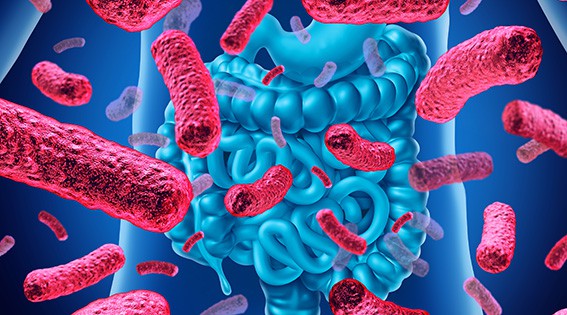 Fermented food may seem like any other hyped food that’s in trend, but research suggests that it can help in forging a relatively healthier balance with the bacteria in our body’s gut.

In a trial consisting of 36 people, it was found that the ones who were randomly asked to eat fermented food, such as yogurt, kombucha and kimchi, showed a rise in the microbiome diversity in their gut.

The microbiome is a large collection of bacteria and other microbes that naturally occur in the gut. Research in the past few years has revealed how important those micro-organisms are for the body to function normally. This includes metabolism and the synthesis of nutrients.

How To Increase Your Gut’s Microbiome Diversity

Not all these microbes are healthy, though. Scientists are yet to learn what a ‘healthy’ microbe is and what an ‘unhealthy’ one is.

Sonnenburg, a researcher at Stanford, speaking in general said that greater diversity is known to be healthier.

He says this based on research that shows that obese people or people with diabetes generally tend to have less microbiome diversity than healthy folk.

He also said that scientists have found much more diverse microbiomes in certain indigenous populations who live very meager lifestyles. They tend not to suffer from illnesses like obesity and colitis.

The structure of one person’s microbiome is influenced by many things, including genes, stress and the use of antibiotic medications. Diet is also considered a key factor.

The typical diet of a person in the Western world is high in processed foods and low in plant foods. It also has the lack of multiple essentials that makes for a less diversified microbiome.

Sonnenburg and his colleagues are studying ways to bring about a change in this diet.

In the trial that was mentioned earlier, 36 people were ordered to increase their intake of fermented or fibrous food for up to 10 weeks.

The fermented foods group ate lots of yogurts, cottage cheese, drinks like kefir, and vegetables that have been fermented.

The high fiber group ate beans, fruits and vegetables in addition to grains and nuts.

After 10 weeks, the fermented foods group was seen to have an increase in the microbiome diversity in their gut which was found based on samples of their stool. Meanwhile, there was absolutely no change in those that consumed foods that were high in fiber.

An additional benefit was found to consuming fermented foods. There seemed to be a reduction in blood pressure.

Although, it was not clear whether the new microbes were responsible for the downfall in blood pressure.

Sonnenburg said that these things generally happen in parallel.

It is amusing to see that the shift in microbiome diversity happened in a short span of 10 weeks. Tweksbury, a researcher at University of Pennsylvania said that to see such a drastic change is pretty mind-blowing.

During the process of fermentation, food is exposed to bacteria that converts sugar to alcohol. This is what provides that tangy taste everyone loves.

At first, it seems logical to assume that the microbes in fermented food are just settling in the gut, but that’s not what was actually proven. It seems as though the new microbes have changed the gut’s pre-existing microbes as well,

The reason why high fiber foods didn’t do the same was simply because 10 weeks wasn’t long enough.

It is definitely possible that given more time, the high-fiber food will also have the same effect on the gut’s microbiome.

This trial isn’t suggesting that fermented foods can just be added to an already unhealthy diet.

Added sugars could be hiding in some fermented products so it would be wise to check the labels.