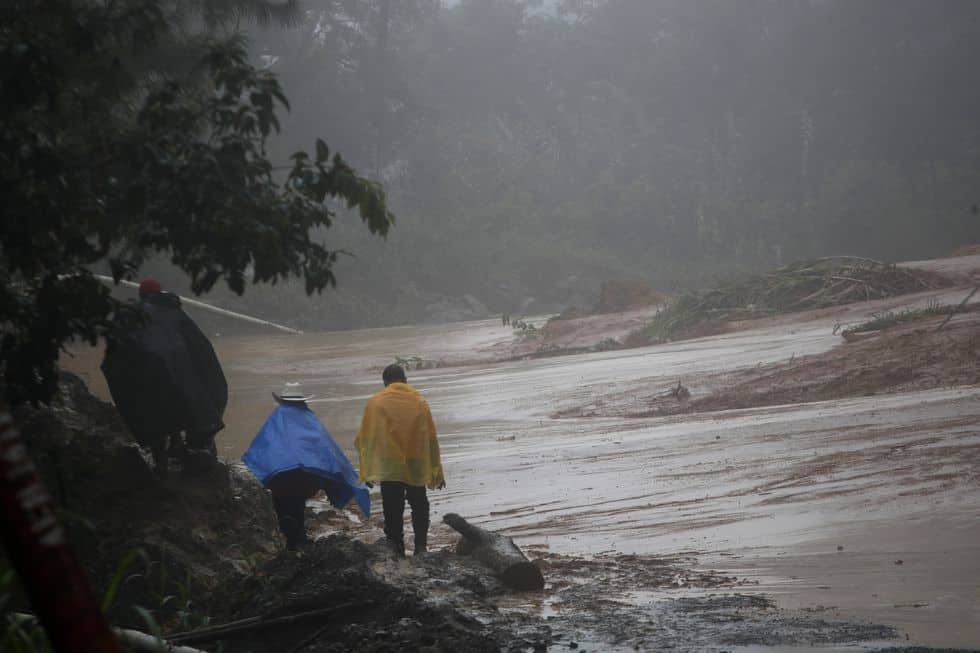 Tropical storm Eta spun to the Florida West Coast on Wednesday as it neared its fourth landfall. The tropical storm was blackened by threatening squall winds, storm surge and prompting the state’s governor to declare a state of emergency in 13 counties.

Eta regained its strength and was expected to bring squall winds and a storm surge to Florida’s west coast before making landfall on Thursday north of Tampa, forecasters said. On wednesday morning, Eta has weakened slightly after becoming hurricane and is now a high-end tropical storm with 70 mph sustained winds. Eta spun around the southeastern Gulf of Mexico for a few days, but is now heading toward a Thursday morning landfall.

Hurricane Eta had already caused flooding in South Florida, where it is expected to bring more rain and potentially dangerous storm surge. School districts in Tampa-area Pinellas and Pasco counties announced that schools would end the day early and remain closed on Thursday due to the storm.

According to the National Hurricane Center, Eta was expected to recur around the ridge toward the Florida Big Bend region and out into the western Atlantic Ocean and they also warned on Wednesday that only a small forecast error would allow Eta to make landfall as a full hurricane. The NHC said, “Life-threatening storm surge of 2 to 4 feet is possible early Thursday in the affected areas, which include Tampa Bay and Charlotte Harbor and it is advised residents to heed warnings and watches.”

On Wednesday morning, Eta peaked in intensity but will still be a strong tropical storm when it makes landfall north of Tampa, the National Hurricane Center said. Tropical hurricanes have been impacting western Florida throughout the afternoon and will continue through Wednesday evening. A 60-mph wind gust was reported in Punta Gorda, Florida, as well as wind gusts up to 55 mph in St. Petersburg.

Apart from this heavy storm, much of western and central Florida will receive 2 to 6 inches of rainfall through Thursday. Water levels will continue to pile up and according to the hurricane center, this may result in landfall along the western coast of the northern Florida peninsula in the region from Cedar Key to Crystal River and is then expected to accelerate northeastward across northern Florida as a weakening tropical cyclone.

“The west coast of Florida faces the multiple threats of a landfalling hurricane or tropical storm. One is of course the wind, which could be at the very least gusting to hurricane force, and sustained tropical storm force winds. That’s enough to do some damage,” said Dennis Feltgen, a meteorologist for the National Weather Service.

A week ago, hurricane Eta made landfall in Nicaragua and killed dozens and caused extensive flooding in Central America. This had brought rainfall and flooding to South Florida and more rain was expected as it neared its latest landfall. Forecasterd also announced the Subtropical Storm Theta had formed in the northeast Atlantic Monday night, becoming the 29th named storm of the season and this makes 2020 the most active hurricane season on record.