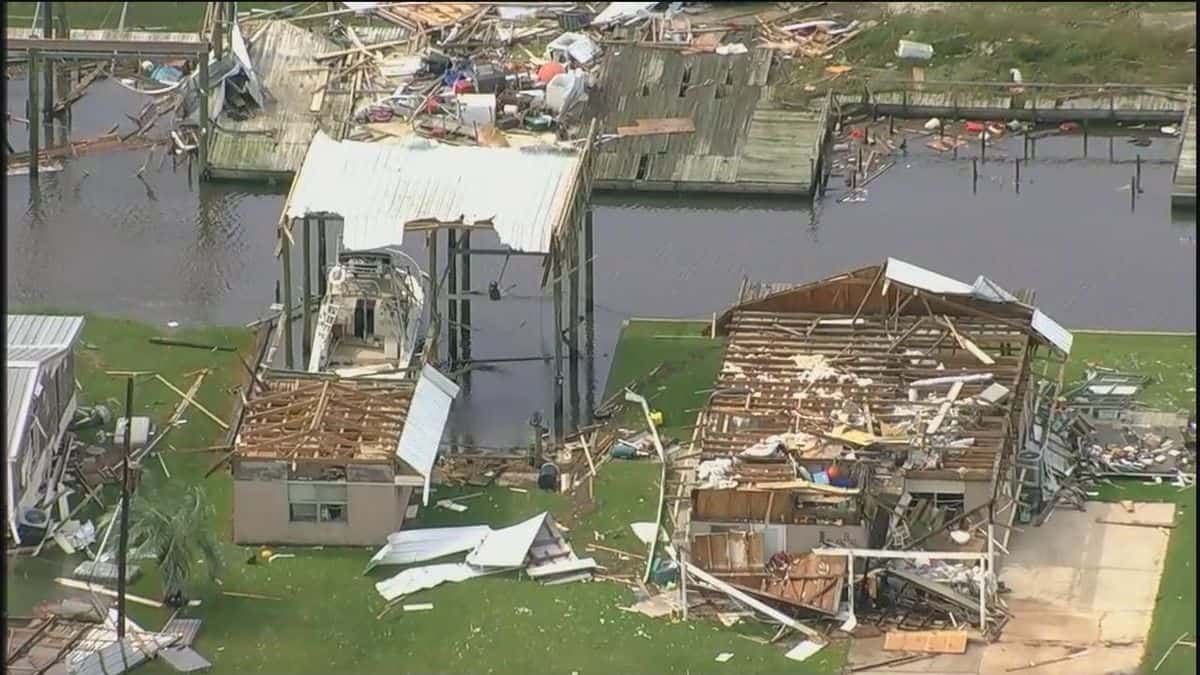 Hurricane Laura has wreaked havoc across Louisiana, killing six people this week. There is severe damage to thousands of homes due to this hurricane. Winds of up to 150mph have led to rampant power cuts and caused a chemical fire in an industrial plant. However, the good news is that the hurricane tracked further east, thereby avoiding the 20ft storm surge that was expected this week.

As per the latest reports, it has crossed into Arkansas and weakened to maximum speed of winds of 40 mph. The National Hurricane Center has downgraded Laura to tropical storm status that can bring heavy rainfall in the next few days.

In a statement, Louisiana Governor John Bel Edwards said that even though the state suffered a lot of damage, it was still less than what they had anticipated in the initial stages. The government authorities warned the public to remain vigilant until the storm completely dies out in the coming days.

Donald Trump is also likely to visit the affected area during the weekend after he got a briefing about the incident at the Federal Emergency Management Agency in Washington. He also canceled his speech at the Republican National Convention on Thursday to travel to the affected region.

The storm that swept the region left six people dead, out of which four were killed by falling trees. Another death happened due to carbon monoxide poisoning from a generator, and another person drowned in a boat accident during the storm.

According to experts who closely monitored the hurricane, the damage was done more from the winds to many structures. It was clearly more than anticipated as the windshields of many buildings were blown out, and it caused a lot of structural damage to high rise buildings and small homes. However, the water damage was less than anticipated, and the people were lucky in this regard.

Power lines were severely hit during the storm, and close to a million homes lost access to power. Several businesses also faced similar situations, and it may take a while before the power is restored to normalcy as many lines have been damaged during the storm.

Yet another threat came when a barge collided with a bridge in Lake Charles, which was close to the suspected chemical fire at a plant. Emergency services were pressed in at the scene, and they were handling the situation.

The government authorities warned people to say indoors as much as possible and not venture into roads as the situation was still not under control. The storm’s outer bands were still causing winds and high water levels that can lead to further damage in the coming days. Nearly 1500 people, including National Guard troops, were pressed into the rescue and relief operations in the affected areas.

Hurricane Laura was even more powerful than Katrina that hit New Orleans in 2005. Katrina had affected millions of people, and more than 1800 people lost their lives during that calamity. In terms of intensity, Laura was even more significant than Katrina, but the damage done is luckily less so far going by the reports. Laura is one of the strongest ever hurricanes to hit the US Gulf Coast in recent years. The hurricane was recorded as a category four that had peak winds speed of close to 150mph.

Laura made landfall near Cameron in Louisiana and later tracked north towards the east of the Texas and Louisiana border. However, no casualties are reported from Texas as of now, and the authorities said that they were prepared to handle the situation.

The most affected area was Lake Charles that has a population of 78000. Thousands of trees were uprooted, and vehicles overturned all over the roads and created panic among the residents. Even electricity poles are uprooted due to the strong winds. Some prominent structures like the NWS radar installation were destroyed in this storm, and some parts of the Golden Nugget Casino were affected.

The authorities were prepared to handle this to a significant extent, and more than 420000 residents of Texas were ordered to leave the place before the storm. In Louisiana, over 200000 people were asked to leave the region and move to safe places.

The evacuations were not done smoothly due to the coronavirus pandemic. It was very difficult to maintain physical distance during such mass evacuation operations, and the authorities had a tough time dealing with the public. Making proper arrangements to cure the infection is very difficult as you are fighting two disasters at a time.

The authorities managed to provide some safe shelter for the people affected by the storm. Apart from the areas directly affected by the storm, many other regions also faced rampant power cuts during the storm. Authorities are trying hard to restore power lines, and it may take a few more days before they can complete the relief operations in the region. Several high rise buildings were badly affected, and roofs and windshields were broken or damaged during the storm.

Considering the opinion of experts who are closely tracking the hurricane, it can be said that the region had a lucky escape as the damage could have been more if the rains were more severe. However, most of the damage was not due to water this time, and it was more due to high-speed winds blowing out roofs and uprooting trees.

Other regions that were affected by Laura include Haiti and the Dominican Republic. They saw close to 24 fatalities, and the region was severely flooded. Power cuts were rampant even in these regions, and thousands of homes were badly damaged during the disaster.

Cuba and Jamaica were lucky in the sense that they did not have any casualties. However, the damage to material and property was enormous as the region saw extensive landslides and flooded roads.

The US territory of Puerto Rico was also badly hit with Laura, and it was even declared as a state of disaster by Donald Trump.