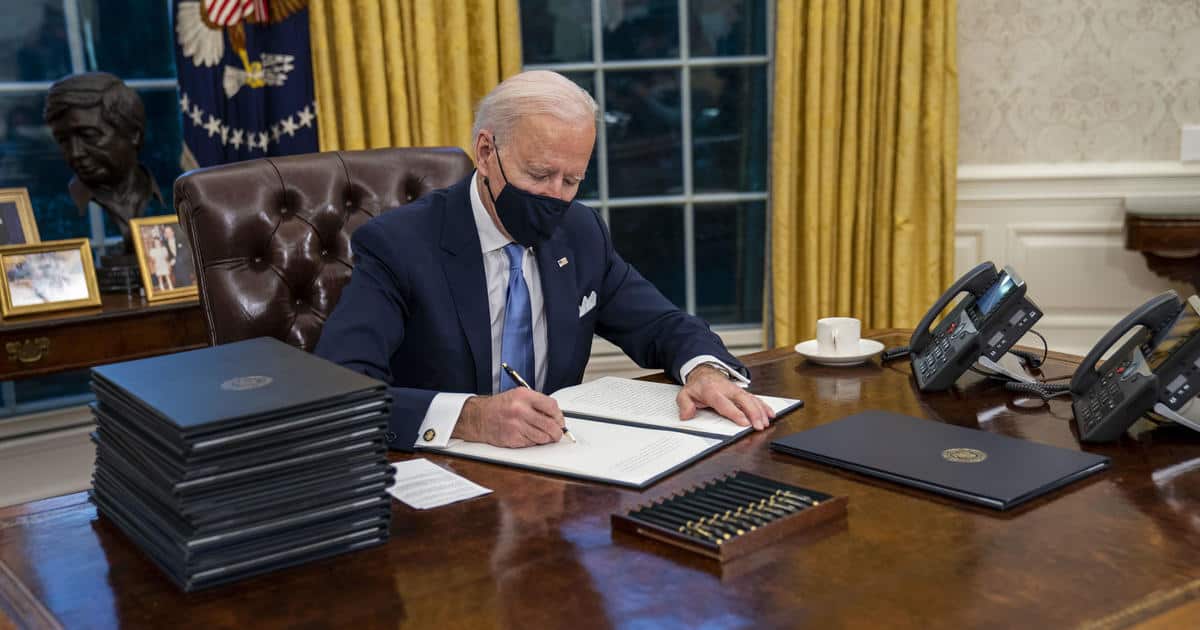 Immigration and Customs Enforcement issued interim guidelines on Thursday regarding the arrest of the migrants. The ICE directed the agents to arrest migrants only if they feel that they pose some threat to public safety, national security, or who has recently crossed the border. It is expected that the move is going to limit the numbers for both arrests and deportations.

The guidelines that were released on Thursday have taken a sharp departure from the previous administrations’ zealous and indiscriminate approach to arrests of the migrants.

The guidelines released many categories were outlined for the arrests or deportation norms as per the interim memo passed on day 1 of Biden’s administration.

The guidelines were sent after the Biden government was barred temporarily to implement a 100-day freeze on all deportations. The Biden administration was denied to implement the deportation freeze by a federal judge.

The agents involved in the process need to get prior permission before apprehending anyone who is not likely to fall in the state priority. The officials say that in this manner the resources will also be utilized in a better way.

Tae Johnson, the acting Director for Immigration and Customs Enforcement, said that they want to focus their limited resources only on the targets that in any form pose a threat to public safety, national security and border security. By doing so, the agency will be more able to execute the law enforcement mission more effectively.

The new ICE guidelines are immediately effective. The new guidelines will remain in place until a new order is received otherwise.

The new guidelines are likely to be out in the next 90 days when the Homeland Security Secretary, Alejandro Mayorkas, would have done reviewing and consulting the agency officials.

The guidelines while categorizing the immigrants also defines who comes under the specified category. The immigrants who are categorized to pose a national security threats are those people who are suspects of engagement in any incident of terrorism or espionage or are a threat in general to the sovereignty or interests of the nation.

Any person who has migrated to the US illegally after Nov 1 2020 will also be prioritize for arrest.

The definition for the immigrants posing a threat to public safety is also given. According to the definition any migrant who has been convicted of an aggravated felony. If he/she is also a convict of a crime done while he was a part of a gang also comes in the category that pose a threat to the safety of people.

The three categories are defined and separated. Agents can only arrest those immigrants who fall in any one or more category as defined. If an agent feels like arresting an immigrant who does not fall in any of the defined categories, a prior approval for the same should be obtained.

In other words, the new ICE guidelines have barred any collateral arrests that fall outside the priority categories of the state and is also not been approved by the higher authorities.

Collateral arrests involve arresting the people that happen to be present at the site when an enforcement operation is being carried out for some individual or group of individuals. These people, however, were not the targets of the operation. These immigrants just arrested because they were present at the scene during the operation. Such arrests now seek approval from superiors.

According to the guidelines, a weekly report needs to be submitted to the   top officials about the arrests made during that period.

Republicans however have criticized the Biden’s administration decision and said that the policy is going to make the communities less safe.